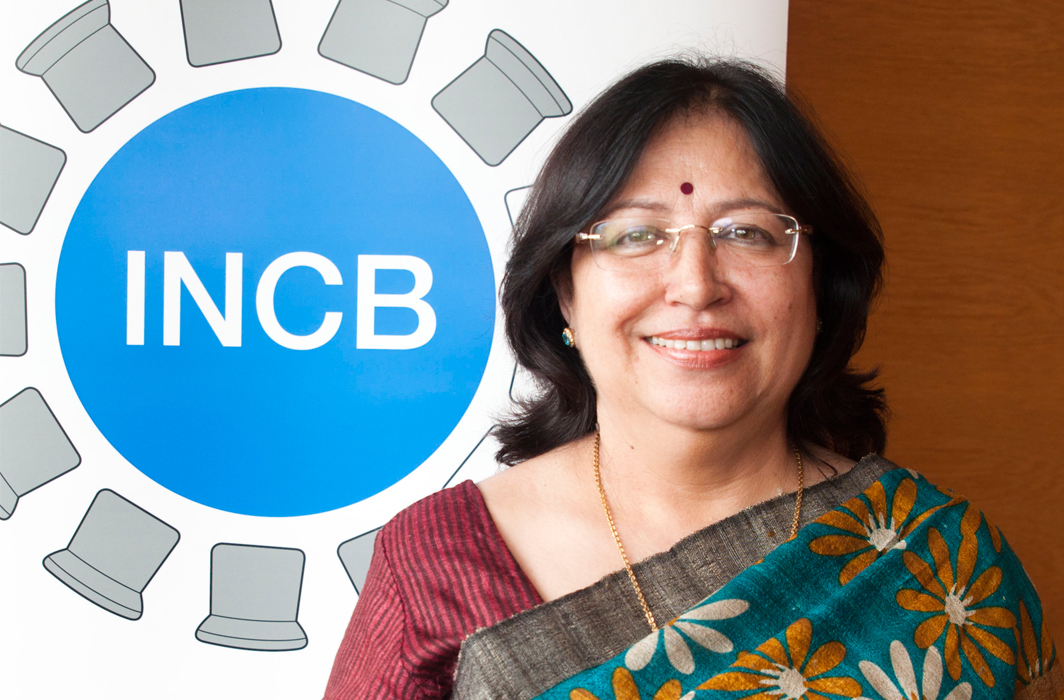 India’s Jagjit Pavadia was recently elected Second Vice-President and Chair of the Standing Committee on Estimates, and Member, Committee on Finance and Administration of the International Narcotics Control Board. Born in 1954, she did her graduation with English Honours in 1974 from Dhaka University, her LLB from Delhi University (1988) and her Masters’ Diploma in Public Administration from the Indian Institute of Public Administration (1996). Her dissertation for her Masters’ diploma was on “Forfeiture of Property under the Narcotics Drugs and Psychotropic Substances Act, 1985”. She has held several senior positions in the Indian Revenue Service for 35 years, including being the Narcotics Commissioner of India, Central Bureau of Narcotics (2006-2012); Commissioner, Legal Affairs (2001-2005); Chief Vigilance Officer, Power Finance Corporation (1996-2001); Customs Training Adviser, Maldives, deputed by the Commonwealth Secretariat (1994-1995); Deputy Director, Narcotics Control Bureau (1990-1994); and retired as Chief Commissioner, Customs, Central Excise and Service Tax, Nagpur, in 2014.

Read Also: How the NCB is structured

She is a recipient of the Presidential Appreciation Certificate for Specially Distinguished Record of Service on the occasion of Republic Day (2005).