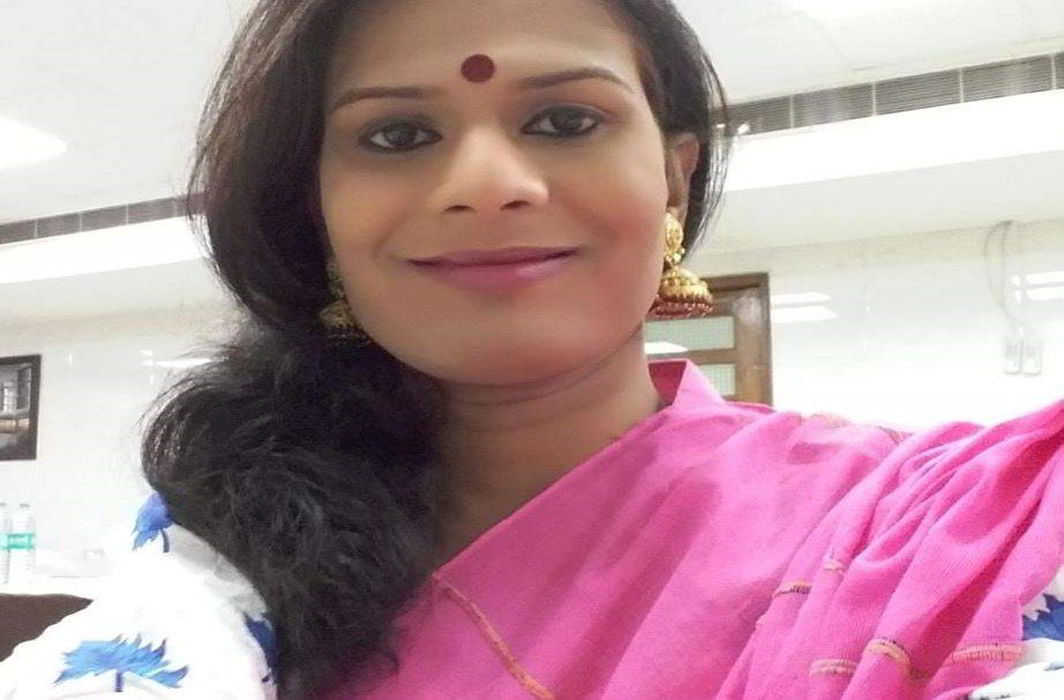 Joyita says that despite West Bengal being one of the early states to have started a Transgender Development Board, the work is only Kolkata-centric

Joyita Mondal, now 29, was born in the Bansdroni area of south Kolkata as a lively boy called Joyonto. But happiness was not his fate. Joyonto was born a transgender, hijra in colloquial Indian parlance. He was bullied out of school— he managed to study till class 10—and not welcome at home either. Joyonto left school and home and ran away, to way off in North Dinajpur, a West Bengal district far from Kolkata.

Then the transformation began. On July 8 this year that boy, now known as Joyita, was appointed one of the judges at the National Lok Adalat’s Uttar Dinajpur bench in West Bengal. It was victory, again, for India’s transgender community. Earlier another transgender, Manabi Bandopadhyay had been appointed principal of a college, and in January 2015 Madhu Kinnar had become India’s first mayor, when voters of the town of Raigarh in Chhattisgarh had given their mandate to the 35-year-old.

The route was tough for Joyita. She had to spend nights in bus shelters, and beg on the streets to earn a living. But she was determined to make a life for herself and not give into the stigmatised approaches of society.

Speaking to India Legal over phone from North Dinajpur, Joyita said: “In Dinajpur, far away from Kolkata, I got in touch with other members of the community, as well as others from the LGBTQ community. I still had to do the regular hijra work (like dancing and singing at weddings and at auspicious religious occasions), to earn. But I also engaged myself in social work and formed an organisation called the Dinajpur Natun Alo Society (Dinajpur New Light Society) in 2010.”

That gave her a special identity, a goal to work towards. “Slowly I started expanding my organisation and then went beyond what I intended to do. I surely did work for the LGBTQ community, with members of my organisation being from those zones, but slowly I also started working for the general public, of all communities, helping the poor and needy.”

Her special approach was the use of funding from the LGBTQ communities to help poor of other communities. “That was how I was acknowledged as an established social worker by the state government as well, as when it was time for a social worker to be included on the Lok Adalat bench, I was selected,” she said.

That must have been quite a journey. But what she has found, to her amazement, is that the more things change, the more they remain the same.

What she does as a judge on the bench was deal with “mainly loan matters of the public, issues that need quick solutions.” This does not involve any of her social work, but since work pressure is not high, she does get time to attend to her own organisation. However, what she has realised is something more disorienting. “Here I have suddenly gained some status, I have a security and a blue light-fitted car and all that. But there is no fixed salary. Money is paid as per sessions of sittings of the Lok Adalat. And that isn’t too many.

“What has happened is that while I have been raised onto a podium, my bread and butter fall short at home. Earlier I used to earn—whatever Rs 300-400 per day doing work that a hijra does to earn—but that I can’t do any more. I think there has to be a fixed honorarium,” she says.

Then there are other problems that she has seen, from close quarters. West Bengal is one of the early states to have initiated a Transgender Development Board (with Manabi as its vice-chairman) but Joyita sees little action there. “On the board everybody gets standard honorariums, as per state government standards and that isn’t too little,” says Joyita, “but no work happens there. If at all any work is carried out, it is Kolkata-centric. There is little time or energy for North Bengal districts (such as North Dinajpur). There was a proposal to create district cells of the board. Absolutely nothing has happened in this regard.”

The goings on within have not encouraged a strong minded social worker such as Joyita. Her work as a judge does not provide her a platform to advance her cause either.

Till then, she will be handing out judgments from the Lok Adalat platform.