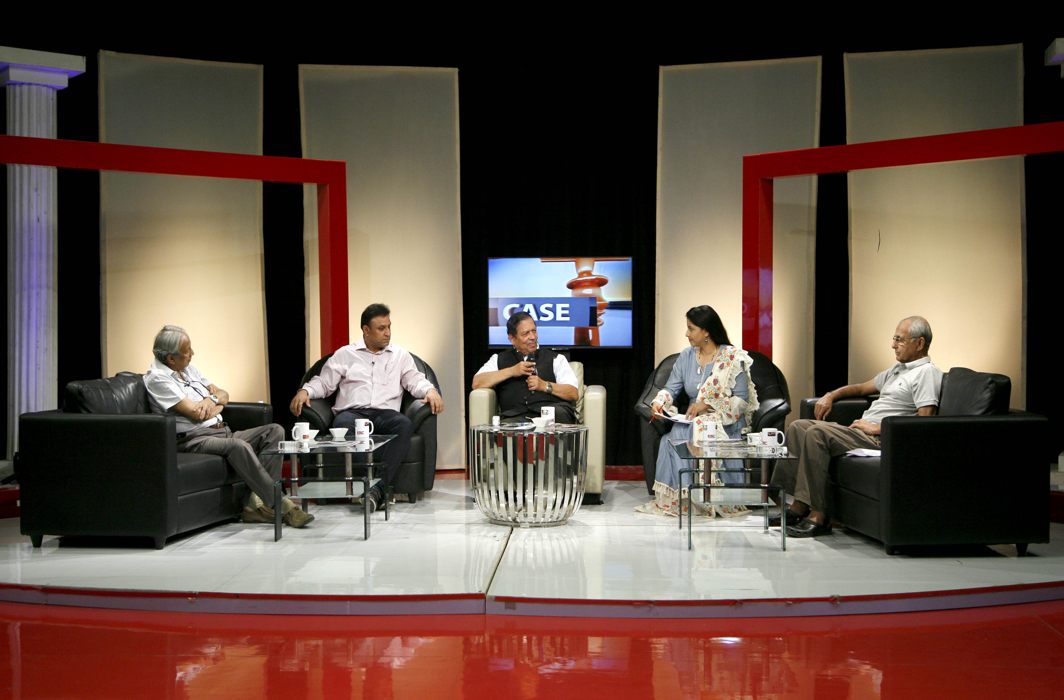 Former Supreme Court Justice Santosh Hegde has stated that senior judges have not set a good precedent by voicing their opinions against their colleagues in public. “There are thousands of judges in different high courts in India. Many of them would have differences of opinion and they would want to come out and express these in public, but then, what would become of institutional integrity. Judiciary should never be in public at all. It is an institution that has to work on its own. Every Tom, Dick and Harry is discussing what’s happening in the judiciary. This is not what was expected,” said Justice Hegde, the former Karnataka Lokayukta, while participating in an India Legal Show.

“When you are a judge, you should be seen talking only inside the court, not outside,” he said about the ongoing rift in the Judiciary. “There will be arguments about the institution outside the institution which is not expected. It had never happened in the entire judicial history of India and consequently, the Judiciary has become the talking point in every nook and corner of society,” said Justice Hegde.

He pointed out that public discussion of an institution like the Judiciary is not good for the system and the entire exercise reaped no benefit.

“They came out, they made allegations, but what did they expect? Did they expect the viewers, the government or someone else to give them relief? Nobody could have given them relief at all,” he said.

Justice Hegde, the son of former apex court judge Justice KS Hegde, had served as the Solicitor General of India before taking over as a judge of the highest court in the land at the age of 59. Upon his retirement from the apex court, he was appointed as the Lokayukta of Karnataka—people’s ombudsman—from 2006 to 2011, a period in his life which he describes as the most fruitful of his long career.

It was his report on the iron-ore mining scandal in Bellary in July, 2011—a few days before his retirement as Lokayukta—which led to the resignation of the then Karnataka chief minister, BS Yeddyurappa, the first chief minister to step down after being indicted by a Lokayukta. Yeddyurappa later went to jail.

It is perhaps a measure of Justice Hegde’s impartiality that he named three chief ministers from different political parties—BJP, Congress and JD(S)—in his report. One of them was, in fact, the very person who had appointed Justice Hegde to the post.

His report also demanded action against the influential Bellary brothers, also BJP members, who were named in the mining scandal.

When Pradeep Rai, senior advocate of the Supreme Court, pointed out to Justice Hegde that thousands of crores were similarly being siphoned off in Uttar Pradesh and Bihar by the sand mafia and others and questioned why no action was taken against them, Justice Hegde said that this merely signified the lack of will on the part of government to tackle corruption and wrongdoing. “It depends on the government of the day. Unfortunately it is in their interests not to appoint a Lokayukta,” he said.

To a question from Rajshri Rai, the editor-in-chief of APN News, about the abysmal participation of women in judiciary, Justice Hegde said that the Judiciary cannot function on the basis of reservation for women. The Judiciary brings in the best of people, irrespective of which category they belong to, he said. “Judiciary cannot function on the basis of gender, caste or religion. Give that much leverage to judiciary, deal with it differently,” he said while asserting that some of the best lawyers in the country are women.

He spoke about the changes that in society. He said society, years back, did not accept people who went to jail but that has changed today. He referred to the recently-concluded Karnataka elections. He said that corruption and morality were not the issues on which the elections were fought. “In the recent Karnataka assembly elections, the BJP fielded 224 candidates, out of whom 37 percent had criminal records; the Congress fielded 27 percent candidates with criminal records, and the JD(S) had 25 percent of defaulters. The Congress fielded a minister who had to resign from his   post due to molestation charges. The BJP fielded a candidate   against whom there was another charge of molestation.”

That perhaps explains why Justice Hegde, as much a democrat as anyone else, cast his vote in favour of NOTA in the assembly elections.

Justice Hegde was part of the anti-corruption movement led by veteran social activist Anna Hazare. Asked about his association with the Aam Aadmi Party (AAP), he said: “When I joined the movement, it was India Against Corruption. Later, I saw some   of its people forming a political party.    I had thought that everybody in that group didn’t like politics. I never joined them and soon after AAP was founded,  I resigned.”

On the Anna Hazare movement, Justice Hegde explained that it was the support of the middle class which made the movement successful but there was a fatigue factor which later came into the picture. He recalled that the last time Anna had fasted, the government had to send a Marathi-speaking minister to end his fast. But his recent protests did not gather any public attention and he had to quit within three days. Justice Hegde said that these kind of public movements, if they fail once, cannot be continued the same way.

A question was posed to Justice Hegde as to why retired judges who are appointed as arbitrators, charge a hefty amount for every appearance. Justice Hegde, who himself presides over arbitration matters, said that the existing laws for arbitration are not perfect in India.

He added that even after having presiding arbitrators, the award is tested before a civil judge. Thereafter it goes to the High Court, and then to the Supreme Court. He said that considering that the civil courts are so burdened they can’t do much.

Justice Hegde said: “It is society that has made these judges. High arbitration fees, adjournments and delays are all true but rules are coming into force where these matters are to be settled within a year.”

Speaking on the collegium versus National Judicial Appointments Commission (NJAC) issue, Justice Hegde said that the Judiciary is not the same as the Executive or the Legislature. He strongly vouched for a collegium for appointment of judges since in the Judiciary, the selection is done by constantly watching an individual’s performance.

He said that as the prime minister and the chief minister have the freedom to choose their ministers, likewise the collegium with people well-connected to the system should decide the appointment of judges.

When Justice Hegde was asked whether the office of the Lokayukta was devalued after he stepped down, he referred to the appointment of former Karnataka High Court Chief Justice Bhaskar Rao. He said that the Karnataka Bar Association had passed a resolution against him saying he is corrupt and yet he was appointed the Lokayukta. Within a few months, his son got access to the records in the Lokayukta office and he started a racket by threatening people named in the record and asking them for money against settling those matters. “It was a clear case of dacoity,” he said.

When a few fresh law graduates asked Justice Hegde if he had any message for them, he said that his last hope for society is its youth. He entrusted the youth with the responsibility of transforming society from what it has become of late.

Justice Hegde, who has addressed students from over 1,000 educational institutions, recalled that once, after his flight got cancelled, he travelled 600 km through the night by bus just to keep his appointment with students of a faraway college in Karnataka. His message to the young generation was: “Change society, build one that respects honesty, condemn those who go to jail.”

There is need for another...

Power to the promoter: Th...