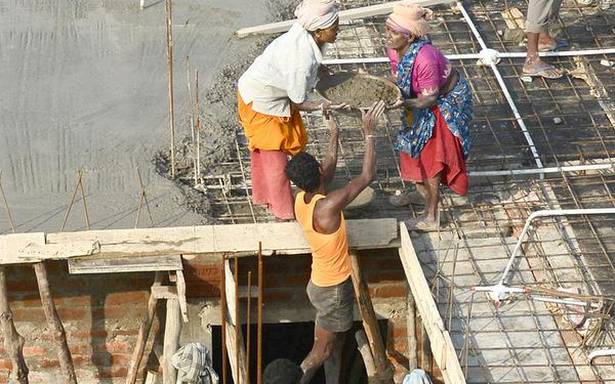 This is the second tranche of India Legal’s analysis of the new Labour Codes passed in Rajya Sabha recently.

The code was one among the four codes which constituted the labour reforms law 2020. The OSH is expected to consolidate and amend the laws regulating the occupational safety, health and working conditions of persons employed in an establishment and for matters connected therewith or incidental thereto.

The proposed legislation intends to amalgamate, simplify and rationalise the relevant provisions of the following 13 Central labour enactments relating to occupation, safety, health and working conditions of workers. They are:

Here are a few less known facts about the Occupational Safety, Health And Working Conditions Code, 2020:

Gratuity: Under the 2019 Bill, gratuity was payable on the termination of employment, if the employee has been in the organisation for at least five years.  The 2020 Bill reduces that period from five years to three years for working journalists.

Additional powers during an epidemic: The 2020 Bill adds new clauses which may become applicable in the cases of an epidemic. For example, the central government may defer or reduce the employer’s or employee’s contributions (under PF and ESI) for a period of up to three months in the case of a pandemic, endemic, or national disaster.

Contract labour: The 2020 Bill prohibits contract labour in core activities, except where: (i) the normal functioning of the establishment is such that the activity is ordinarily done through contractor, (ii) the activities are such that they do not require full time workers for the major portion of the day, or (iii) there is a sudden increase in the volume work in the core activity which needs to be completed in a specified time.

Benefits for inter-state migrant workers: The 2020 Bill provides for certain benefits for inter-state migrant workers. These include: (i) option to avail the benefits of the public distribution system either in the native state or the state of employment, (ii) availability of benefits available under the building and other construction cess fund in the state of employment, and (iii) insurance and provident fund benefits available to other workers in the same establishment.

Key issues in the Bill on occupational safety, health and working conditions 2020:

·        The standing committee on labour recommended to Provide for common “minimum mandatory entitlements” across states for construction and unorganised workers to enable portability and ensure portability for migrant workers. However, the 2020 bill did not incorporate these changes.

·        Reduction in term for gratuity: Under the 2019 Bill, gratuity is payable if the employee has served a continuous period of five years. The Committee recommended reducing this to one year and extending gratuity to all other categories of workers including contract, seasonal, and piece-rate workers.3   The 2020 Bill only reduced gratuity entitlement for working journalists from five years to three years.

·        Social security for plantation workers: The OSH Code contains health and safety provisions for workers in plantations measuring at least five hectares.  In its report on the OSH Code, the Committee noted an assurance of the Ministry that workers in plantations measuring less than five hectares would be covered in the Code on Social Security. However, the definition of a “plantation” in the 2019 Bill retained the five-hectare threshold.This recommendation has not been incorporated in the 2020 Bill.

·        It may be argued that special provisions on health and safety are required for certain categories of hazard-prone establishments such as certain factories and mines. It may be necessary to allow only licensed establishments to operate such factories and mines. Similarly, special provisions may be required for specific categories of vulnerable workers such as contract labour and migrant workers in those factories or mines . However, the rationale for mandating special provisions for other workers is not clear. For example, the Bill requires that any person suffering from deafness or giddiness may not be employed in construction activities which involve risk of accident in those factories or mines. The question is why such a general safety requirement is not provided for all workers, irrespective of which category of factory or mine he/she is working in.

·        Similarly, the Bill provides for registration of employment contracts for workers in the audio-visual industry (cinema), raising the question of why there is a special treatment for this category.

·        Further, the Bill specifies additional leave for sales promotion employees. It also specifies that working journalists cannot be made to work more than 144 hours in four weeks (i.e. an average of 36 hours per week).  For all other workers covered under the Bill, the minimum leave and maximum work hours are prescribed through rules. The rationale for differential treatment with regard to working conditions between working journalists and sales promotion employees on the one hand, and all other workers on the other hand, is unclear.

·        The 2020 Bill bars civil courts from hearing any matters under the Bill. In some matters where persons are aggrieved by the orders of authorities such as, by the order of the Inspector-cum-facilitator in the case of factories, or by the revocation of a license for contractors, the Bill provides for an administrative appellate authority to be notified. However, it does not provide a judicial mechanism for hearing disputes under the Bill. It can be argued that the bar on civil courts from hearing matters under the Bill may deny aggrieved persons an opportunity to challenge certain issues before a lower court.

Read Also: Supreme Court asks Centre how much longer does it plan to detain Mehbooba Mufti

·        The code further weakens the inspection system in several ways. To make matters worse, the code does not provide for powers of inspectors envisaged by ILO Conventions such as free entry at any time and without prior notice (Article 12) and as frequently as possible to secure effective enforcement of laws (Article 16). The statistics regarding inspections in India suffer from shortcomings on counts of validity (coverage issues) and reliability (inconsistent measurement or data transmissions). The inspection rates, that is, the proportion of factories inspected dipped considerably in major states like Andhra Pradesh, Maharashtra, Madhya Pradesh and in West Bengal.