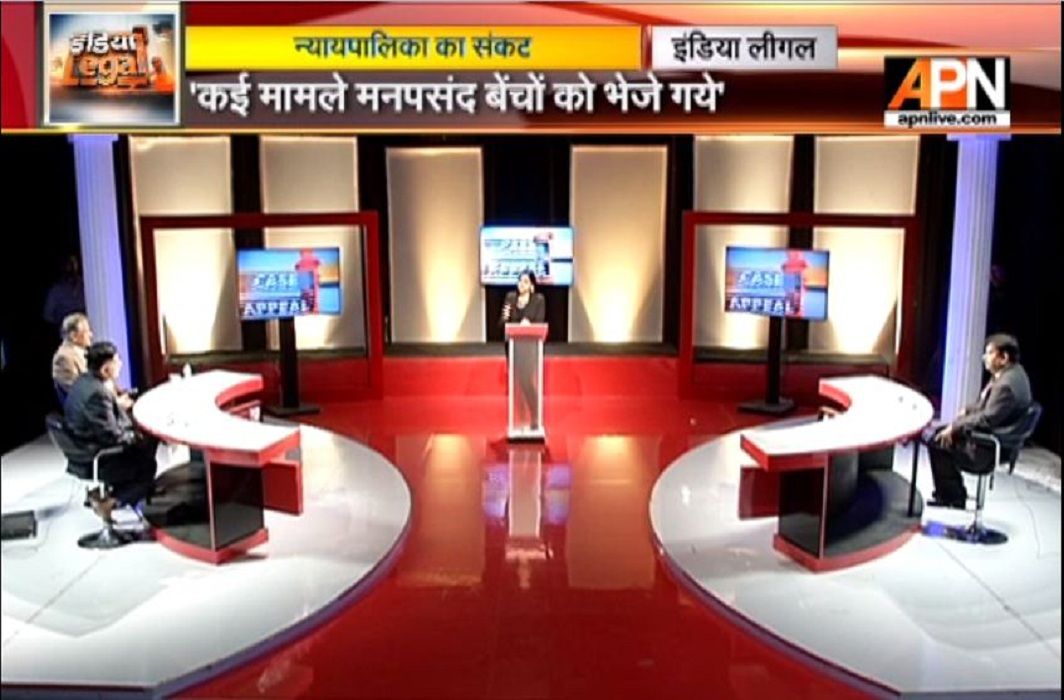 The recently-held press conference by four seniormost judges of the Supreme Court, questioning the functioning of the Chief Justice of India (CJI) formed the leitmotif of the latest edition of India Legal show.

The show deliberated on the ramifications of it and asked the panellists whether the judges should have addressed a press conference or have taken another route to air their grievances? And will this bring a big change in the judicial system?

Rai started the debate by first asking Justice Rao. She asked: “To what extent, do you think this press conference was right?”

Justice Rao answered: “This is very unfortunate and unprecedented event that has happened. It will leave a big scar on the Judiciary. Instead of finding out the correctness of the conduct of the Judge, first our important effort should be to see that this controversy dies down. It would not be good for the Judiciary to escalate this controversy. Roster powers are with the Chief Justice of India (CJI). It is his discretion and it is to be assumed. All judges are equal in integrity and skills wise. You can’t question the power of the CJI. Judiciary should never be politicised. These are very dangerous things.”

Chaudhary said that it is necessary to see why a press conference was needed, adding, “they had no other option left that is why they took this step”. The letter that was written to the CJI should not have been sidelined by CJI, it is a litmsu test for the Judiciary and will bring transparency.

Kashyap said that there was no constitutional provision to deal with this crisis. “The drafters of the constitution didn’t envision that these kinds of incidents will happen in judiciary. So there are no constitutional provisions to deal with such kinds of incidents. In my opinion, the best possible solution would be that the CJI should convene a closed door meeting with all the Judges of the apex court and discuss these problems. And whatever solution is envisaged, all should abide by it.”

Dhingra agreed with the sentiments of Kashyap: “The four judges didn’t want to weaken the judiciary, so why did the need arise for them to come out in front of the media, because they have no other way.

“There are no constitutional provisions of going to the President to resolve the crisis. The only solution they could have availed of is mutual talks. That didn’t work out so they went to the media.”

Here are some of the bytes of the panelists: