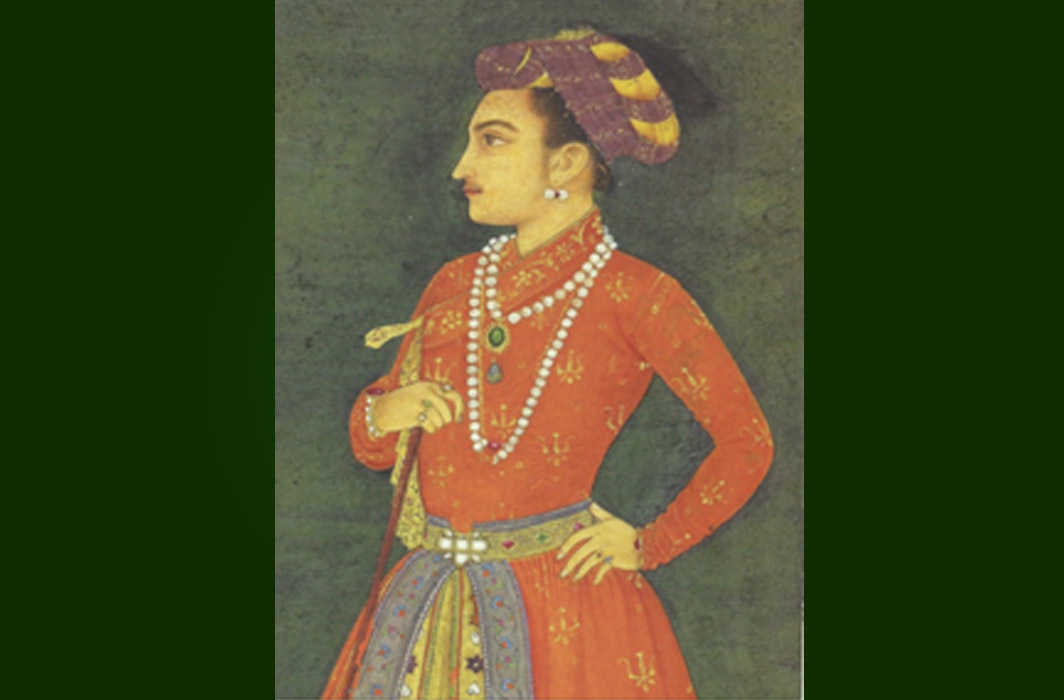 It was on an exceptionally hot day on May 29 1658 that India’s history changed forever. Two great Mughal armies led by Shah Jahan’s eldest son Dara Shikoh and his third son Aurangzeb clashed on a dusty plain about twenty kilometers south east of Agra. It was not only a battle for the Mughal throne but a battle for the very soul of India pitting Dara an eclectic scholar who respected all religions against Aurangzeb who was an orthodox Sunni Muslim. Dara had first translated of the Bhagavat Gita and the Upanishads from Sanskrit into Persian to make them known to the public for the first time. But he had been a pampered prince facing a smaller battle hardened army that Aurangzeb had marched up from the Deccan.

My historic novel `Ocean of Cobras’ graphically describes the epic battle through the words of a narrator who writes… “Aurangzeb moved as fast as his army could to quietly slip behind Dara’s lines before they were aware of his movements. They reached a secret ford across the Chambal at Ater by nonstop double marches over two days. Then there was consternation when Dara realized that Aurangzeb’s armies had come very close to Agra so he was forced to abandon much of his heavy canon and rush eastwards to intercept them.”

The two armies met on a flat dusty plain east of a village called Samugarh on an unbelievably hot day and the sun was like a furnace in the cloudless sky. There was not enough water to drink so many soldiers and horses simply collapsed with heat and sun stroke. The crash of the opposing mass of horse and men with the thunder guns and the screams of the wounded soldiers and the whinnying of the terrified horses would haunt the sleep of the survivors for the rest of their lives. “I began to see that the battle was no longer just a contest between Dara and his rebel brothers but was beginning to be a religious war with the Hindus valiantly supporting Dara and many Muslim mansabdars supporting Aurangzeb.”

“It was with great difficulty that I was able to reach the side of Dara’s magnificent elephant but was unable to get his attention as my voice was drowned by the deafening sounds of gunfire, clashing swords and the screams of the wounded. Dara was oblivious to all except the prospect of his immanent victory. His elephant was to soon become a signal of his doom. One of the enemy rockets exploded near it and our commander Khalilullah Khan rushed up and insisted that he must dismount and finish the battle on a horse. I heard him urgently shout… `Praise be to Allah this victory is your own! But my God! Why you are still mounted on a lofty elephant? Have you not been sufficiently exposed to danger? If one of the numberless musket balls or arrows touch your royal person who can imagine the dreadful situation to which we will all be reduced? In God’s name descend quickly, mount this horse and pursue the miserable fugitives with all vigour.’ As Dara descended, a huge shout was sent up by Khalilullah Khan’s squadron that Dara Shikoh had been killed. When the bewildered soldiers saw through the thick swirling clouds of dust and smoke that the howdah of Dara’s elephant was empty they feared the worst and quickly fled towards Agra.”

The noise of battle quite quickly subsided and the dust and smoke began to slowly clear to reveal some fifteen thousand corpses lying on the dusty battlefield in hundreds of piles coated in vivid crimson blood. The Rajput corpses in their yellow jamas looked like untidy fields of saffron. For every dead body there were another three who had been wounded and were lying on the ground crying out piteously. But the intense heat quickly parched their throats so the devastating silence that followed the thunder of battle was almost uncanny. A sharp summer wind suddenly blew from the south and all the fallen bodies were quickly shrouded by a huge cloak of choking yellow dust. A few swirls of spiraling dust curling above the scene looked like ghosts rising up from the devastated plain until they too subsided and absolute silence pervaded the scene.

Dara rode in silence to his mansion from where he collected his family and valuables and left for Dilli shortly before dawn. Dara then retreated to Lahore and later down the Indus and a year later was able to muster a big army to fight a fierce three day battle against Aurangzeb at Deorai near Ajmer. He then fled towards Kandahar to be betrayed once again and brought to Delhi where the imperial Qazis sentenced him to death for the crime of heresy. He had written a book called the `Mingling of the Oceans’ showing the many similarities between the Quran and the Brahma Shastras of the Hindus.

Aurangzeb’s greatest weakness was his inflexible religious bigotry that made him lose the support his Shia subjects as well as his many loyal Hindu and Rajputs followers. His intolerance became more acute after twenty years of rule as he became frustrated by endless rebellions. Though he did no more than Jehangir or Shah Jahan by permitting Hindu worship at old temples and forbidding the construction of new ones his reputation as a destroyer of temples became widespread.

He was very unforgiving and by persecuting his Rajput followers cut off his own arms and weakened his military power. The Maratha leader Shivaji initially had no anti Muslim sentiment and had been quite willing to become a Mughal Amir. Aurangzeb’s obstinate pride however alienated him and gave him a new weapon to turn a purely political war against the Mughals into a religious war. The rebellion of the Marathas not only encouraged the Sikhs to revolt but spawned many other Hindu rebels. Aurangzeb died a feeble, broken and a deeply disappointed old man and is buried in a plain grave near Aurangabad. His bigotry was to make the Indian sub-continent the hotbed of Islamic extremism for the next four hundred years. If Dara had won at Samugarh it is possible that his rule might have promoted harmony between India’s turbulent peoples and a united Mughal empire might have prevented India becoming so easily colonized by European powers. Samugarh was the turning point.