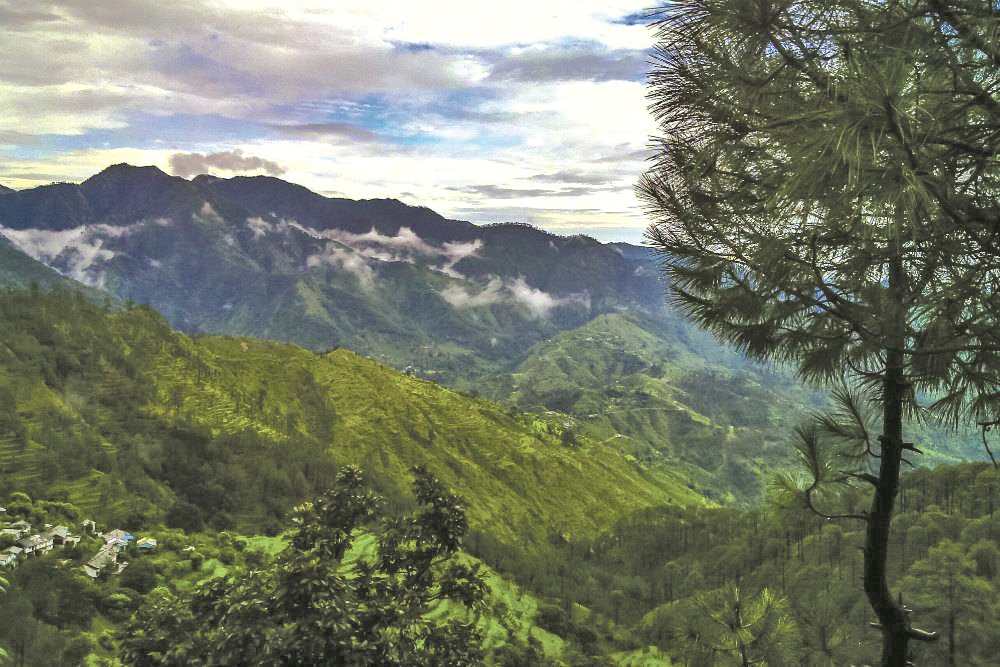 Philip the Second of Macedonia struck a treaty with the Southern States of Greece to settle territorial disputes through arbitration in 337 B.C.E. Interestingly, the infamous Ides of March was originally known as a time in the month for Senators of the Roman Empire to forget past grudges and settle feuds. Although the Senators who met Caesar in the Theatre of Pompey were in no mood for such conciliations, settlement and mediation have been the oldest and most reliable vessels of conflict resolution. Tsar Nicolas II convened the Hague Peace Conference in 1899, resulting in a treaty which averted impending war in Europe and a larger threat to humanity. This was the Hague Convention for the Pacific Settlement of International Disputes which recognised arbitration and settlement as avenues where conventional diplomacy had failed.

The colours and contours of what constitutes as threats to humanity has changed in this century. According to the EJAtlas research, India has more environmental conflicts than any other country, and more conflicts over water than any other cause. 27% of all ecological conflicts in India are due to water scarcity and India is en-route to become a water-scarce country by 2030. Crop and cereal prices could rise by 23% in the next two decades and 30% of India has already succumbed to desertification.

Notwithstanding the early colonial environmental laws which were largely provincial, the first attempt towards conservation in India was through the Water (Prevention and Control of Pollution) Act in 1974 after the Stockholm Conference. A zealous Parliament and proactive Courts created the pillars of enviro-legal jurisprudence in the following two decades. Indian Courts especially have reflected progressive environmental principles through precedent and have consistently reaffirmed enviro-constitutional rights. However, it is painfully apparent that Courts and conventional processes are unable to regulate, investigate and legislate a shield against the assault on our climate.

The present pandemic is only a glimpse into how devastating a generation-long spell of isolation, inadequate healthcare, disease and loss of lives that climate change would doom onto us. Simply phrasing it as environmental degradation does not articulate the macabre reality of the disease, food and water shortages and the pain and loss of human lives that India will suffer. As an illustration, the Madras High Court ruled in August 2020 that the Tamil Nadu authorities were justified in closing down the Vedanta Sterlite factory in 2013 and once again in 2018 for violation of license conditions. The Court also held that Vedanta Sterlite was responsible for the disastrous sulphur dioxide leak in March 2013, when a large SO2 leak from the company’s sulphuric acid plant affected thousands of residents in Thoothukudi. Strikingly, this is the second time the factory was shut down, the first in 1997 when 20 employees from the Dried Packaging factory were injured due to a leak of SO2. Local residents had recognised the coming purge and had been objecting to the functioning of the plant; had they been heard it would have averted the accident. Not only enviro-industrial accidents, but also famines and drought, smog and earthquakes are devastating Indian lives consistently and with increasing frequency. India has shown a pattern of disregarding local opinions, ignoring public hearings and then reacting to ecological disasters when it is too little and too late to do so.

The Centre for Policy Research published data on environmental legislation and public interventions. As an illustration, the Ministry of Environment, Forests & Climate Change (MoEFCC) issued the draft Coastal Regulation Zone (CRZ) Notification in 2018 and sought public comments. The ingredients of the amendment, which changed the rules to allow the mining of atomic minerals in Coastal Regulation Zone areas sent alarm bells ringing. The Ministry received a total of 1965, of which 470 favoured the amendment, 1338 representations objected to its content, and the rest sought minor changes. The submissions were eventually neither considered, nor were the recommenders given a proper hearing. Recommendations of coastal citizens, local municipalities, industries, doctors, environmentalists and even elected representatives were wholly disregarded.

Despite Pre-legislative Public Consultation being the norm in environmental matters, 68% of the recommenders, who objected to, and who were directly affected by changes to CRZs would not be stakeholders in the decision to radically change the nature of those very CRZs. Worryingly, the consequent amendments were made without any public notice and there lies the fundamental swindle in democratic representation.

Pre-legislative Public Consultation and Post-legislative Settlement of Disputes are two chambers of the same weapon. Parliaments can legislate to represent civic policy, and courts can safeguard civic rights, yet as long as direct civic participation does not exist real representation eludes us. Voluntary and dispensable public recommendations will not shape policy, and those among the citizenry most injured and who have most at stake must become institutional stakeholders to the decisions that are taken in environmental matters. Initial public consultation and consequent dispute settlement ought to be written into law.

The 186th Law Commission had recommended setting up Environment Courts in 2003 for enviro-legal disputes, however it is amply clear that tribunals, courts and conventional institutions are unable to give the time and specific expertise required for settlement and conciliation. Dispute Settlement plays a pivotal role in resolving and renewing legal relationships, in this context. In this decade, enviro-legal disputes have moved beyond affirming fundamental rights and must include an aspect of ‘balance of convenience’. There is a need for alternative, expert, independent and local mechanisms to battle out of this enviro-legal quagmire. Perhaps India could turn its gaze down south to Japan for lessons in conciliation.

Japan has successfully regulated environment disruption with the creation of multiple institutions which work using the “settlement” and “public consultation” systems. The Prime Minister, with consent of the National Diet can appoint members to the Environmental Dispute Coordination Commission (EDCC) along with Environmental Boards in each prefecture. The EDCC or Kouchoi in Japanese parlance, was established to move away from the Common Law adversarial system of courts towards conciliation and mediation. The Kouchoi experimented with mechanisms to break down procedure and use direct consultation to help simplify and democratise the settlement of enviro-legal matters. Their attempt harkens back to the attempt of Indian Consumer Boards which simplified and smoothened the access to relief for the common aggrieved who had sparse legal resources.

Similar to most South-Asian countries, Japan has faced the brunt of a traditionalist judiciary and slow disposal of cases. Clearly, the Kouchoi has been a breath of fresh air and systemically changed how Japan wrestles with its ecological grievances. As an example, the Prefectural Environmental Pollution Boards conducted four day arbitration rounds to settle a noise pollution complaint due to a metal processing plant in a residential area of the Tokyo Metropolis. The rounds began on 2nd September 1994 and concluded on 10th March, 1995, where a conciliatory settlement was achieved. In a country where civil cases would take years to be disposed, this is miraculous progress and illustrates how the Kouchoi radically transformed enviro-legal relief for the better.

It is time for India to consider a federal board with state-wise settlement systems which could become “Settlement Hubs” for enviro-legal disputes. However, it is especially important to consider the nature of settlement and compliance in such a “Settlement Hub”. The Montreal Treaty could lend some perspective on how settlement could be mutually beneficial. The Montreal Treaty runs on two axioms: the preliminary attempt must always be for an amicable settlement and non-compliance would result in failure of the regime itself, causing measurable harm to both parties. Settlement Hubs will have to follow these two adages.

While the constitutional pathways to Courts safeguarding fundamental rights remain open, Courts would have to responsibly demarcate between affirming environmental rights or maintaining status quo and adjudicating on matters where balance of convenience between parties can be deferred to the wisdom of Settlement Hubs.

The judiciary will have to stand as a major player in lifting the enviro-legal burden from their own shoulders, thrusting it onto Settlement Hubs, and trusting the process of conciliation. Simple tweaks to the prevalent Environmental Laws and relatively more complex changes in the hierarchy of adjudicatory bodies would be inevitable. However, unless an environment of mutually assured benefit and inversely, mutually assured destruction does not exist between contesting parties, Settlement Hubs will not succeed. Settlements will begin to happen when neither party can escape their liabilities and there is mutual benefit in sitting across a table to initiate dialogue. The process of creating Settlement Hubs will be arduous and yet only the chisel of dispute resolution can carve out a new era of enviro-settlements.

Did you find apk for android? You can find new Free Android Games and apps.
Share
Facebook
Twitter
Pinterest
WhatsApp
Previous articleSupreme Court upholds conviction of 2, asks them to undergo remainder of sentence
Next articleJustice delivered: How Indian agencies pooled resources to help a wronged Indian couple in Qatar