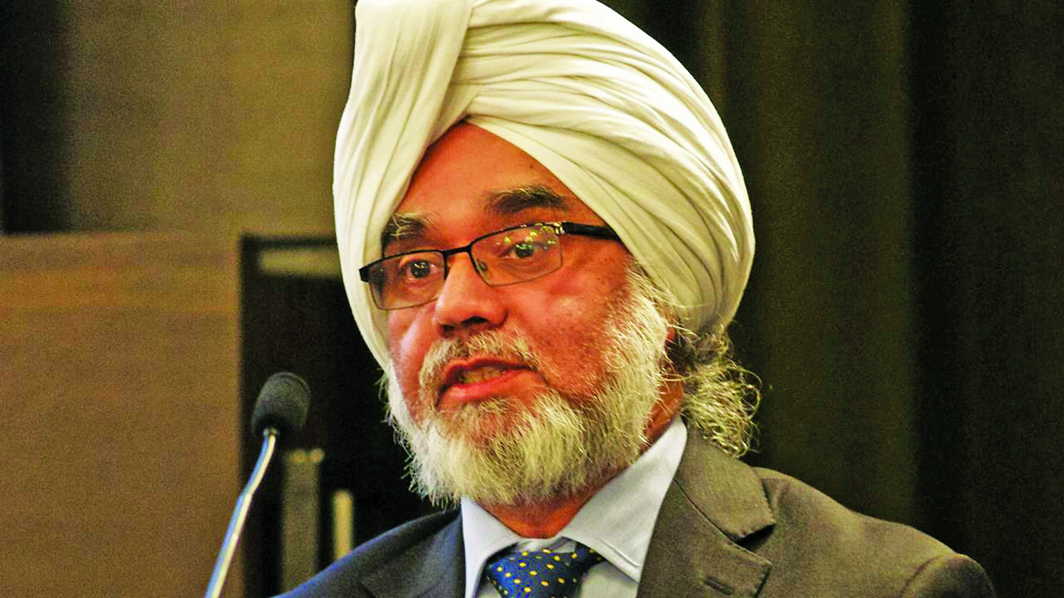 Sir Rabinder Singh has become the first Indian origin judge to be elevated to the UK Court of Appeal. Justice Singh, as he is officially referred to, is a British Sikh who, along with six other judges, has been appointed as the Lord and Lady Justices of Appeal. He is the only non-white judge promoted to the Court of Appeal on July 21 and in fact, becomes the first coloured judge to reach the highest ranks of the British judiciary.

In 2011, Singh also became the first Sikh judge of a high court and instead of wearing a white wig, was allowed to wear a white turban on the bench in respect of the rituals of his religion. At 53, he is one of the youngest judges at the Court of Appeal. Ironically, despite having broken so many glass ceilings, he finds the focus on his colour and ethnicity baffling and tiresome.

In a rare interview just after being appointed to the High Court, Singh told the Law Gazette: “I am a barrister who happens to be a Sikh. I have always tried to be a role model by the work I do. I haven’t said ‘I’m a Sikh barrister, look at what I do’. I have just said ‘look at what I do’. Everyone can see what I am.” This was the last interview that Singh gave to any newspaper or magazine. He has declined interviews to all media, including India Legal, since his new appointment.

The publicity-shy judge who would like to be known for his work and not his colour or ethnicity told the Law Gazette in 2011: “I just don’t understand this fixation of identifying people with reference to their religious or ethnic identity.” Pointing at his work to buttress his remarks, Singh said: “Show me a 47-year-old white guy who’s had more than 35 cases in the House of Lords and Supreme Court, and not just the number of cases, but the quality of cases—there won’t be many.”

There is no denying that Singh was an exceptional barrister and later judge, but his amazing career is also marked by hard work and determination. Born in 1964 in Delhi, his parents migrated to the United Kingdom when he was a young boy. They settled in a working-class area of Bristol as his father had come to Britain as an economic migrant with no money.

A bright student from the beginning, Singh was awarded a local government scholarship to attend the elitist Bristol Grammar School.

It was when he was still at school that Singh decided he wanted to be a barrister. Achieving excellent academic grades, he went to Trinity College, Cambridge, to study law. Here he was advised not to try to become a barrister be-cause there was no way “somebody like you” was going to succeed.

Those were days when only rich, Oxbridge-educated, white men succeeded in law. The advice made Singh even more determined to follow his dream.

After Cambridge, Singh went across the pond to study for his LLM at the University of California in Berkeley as a Harkness Fellow. On his return to the UK, Singh was strapped for money and could not afford to study for the Bar, so he lectured at Nottingham University for two years before winning a scholarship from the Inns of Court.

He was called to the bar in 1989 at Lincoln’s Inn and completed his 12-month pupilage at London’s 4-5 Gray’s Inn Square. He remained here as a tenant for 10 years before leaving to become one of the founding members of Matrix Chambers, a modern law firm in 2000.

The rising star of the Bar was on the Attorney General’s Panel of Junior Counsel to the Crown from 1992 to 2002 and also Additional Junior Counsel to the Inland Revenue from 1997 to 2002. At 38 years in 2002, he became one of the youngest people to be awarded silk (appointed as Queen’s Counsel).

Matrix Chambers, an innovative and progressive law firm, was established by Singh and others at the turn of the century to meet the needs of a rapidly changing society. Located in a glass-fronted building at the edge of Gray’s Inn, Matrix’s offices reflected how the lawyers wanted the profession to be seen—modern and efficient both in terms of premises and practices. Singh also wanted to bring civil and criminal law under one roof and so enable cross-fertilisation, which is what he successfully did at Matrix.

Singh’s 22 years as a barrister were broad and varied, covering work from landlord and tenant to consumer credit. However, he was later acknowledged as a leading QC in constitutional and public law, as well as human rights and civil liberties. Cases concerning human rights concepts, particularly on the reach of the Human Rights Act of 1998, formed a large part of his workload. Singh appeared in the Grand Chamber of the European Court of Human Rights, representing applicants in two cases concerning human rights abuses by British forces in Iraq.

He was made deputy high court judge in 2003 and a Recorder of the Crown Court in 2004. Finally, he became a high court judge in 2011 and was a presiding judge of the South Eastern Circuit from 2013 to 2016.Just before being elevated to the Court of Appeal, he was the liaison judge for the Queen’s Bench Division (Administrative Court) in Wales and the Midland and Western Circuits.

Soft-spoken and modest, Singh has always said that success at the Bar comes from “being very good and working very hard”. He adheres to both these and practices what he preaches.

“Words are the tools of our trade. So it is important to immerse yourself in the English language and become well read so that you can master those tools.”

—Rabinder Singh’s advice to his students

An avid reader, he recommends all students of law to read widely. As a young barrister, Singh studied great speeches in literature and history to learn how they were constructed for maximum effect. “Words are the tools of our trade. So it is important to immerse yourself in the English language and become well read so that you can master those tools,” he advises his students.

He has carried on with his teaching, holding visiting posts at Queen Mary College, London and the London School of Economics in the past. Currently, he is back at Nottingham, the university which helped him continue with his law career, as honorary professor and he is also a Visiting Fellow at Lady Margaret Hall, Oxford.

Singh and the other six Lords and Lady of the Court of Appeal, appointed by the Queen on the advice of the prime minister and Lord Chancellor and selected by an independent panel, will take up their new positions in October, once the courts’ summer recess comes to an end.