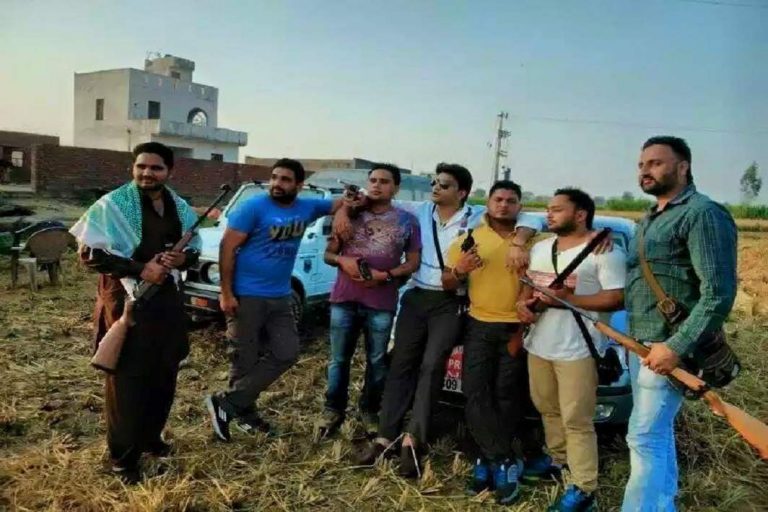 With numerous gangs sprouting in Punjab, the Amarinder Singh government has proposed to bring in a law on the lines of the stringent Maharashtra Control of Organised Crime Act

On April 30, 2016, the busy Kalka-Shimla National Highway witnessed a daylight shootout which led to the killing of top gangster Jaswinder Singh alias Rocky from Punjab. Within hours, there were several claimants, including those lodged in jails, who sought “credit” for the killing through social media.

Among the claimants was the chief of the rival gang, Vicky Gounder, who was then lodged in Nabha Jail in Punjab. There are numerous Facebook pages in the name of Gounder and the first claim for the killing came on these pages within four hours of the crime even though the media was yet to get all the details of the incident.

Gounder subsequently escaped from the high-security Nabha Jail on November 27, 2016, along with two of his accomplices. He was killed in an encounter with the Punjab Police close to the state’s border with Rajasthan on January 27 this year. Two of his accomplices, including another top gangster, Prema Lahoria, were also killed in the encounter.

This may have struck a body blow to one of the most dreaded gangs of Punjab. Even though some members of it have threatened revenge, there are over a score such gangs operating in the state, besides many smaller ones owning allegiance to the big ones.

Most of the gangs are named after their leaders and the prominent ones are Dilpreet Singh alias Baba gang, Rinda gang, Gurpreet Singh alias Gopi gang, Ranjit Singh alias Jeeta gang, Navdeep Singh alias Navi gang, Gagandeep Singh alias Gangna and Jagminder alias Happy gang. Each of these leaders have 10 to 16 cases of extortion, blackmail, kidnapping, drugs peddling, land grabbing, murder, attempt to murder and loot against them.

Police officers dealing with such gangs say that many of them have proliferated after the return of peace following a decade-and-a-half of militancy. They say that some gangs were active before militancy but either the gangsters had joined the ranks of militants or were lying low due to intense police pressure. The problem, they say, became acute after the Akali Dal-led government took over in 2007. Gangsters cannot operate without political patronage and politicians from the Akalis as well as the Congress are alleged to be backing various groups. In fact, there are allegations that Gounder was backed by a former Congress minister who himself has a shady past.

What is more alarming is that many wannabe gangsters appear to be gravitating towards gangsterism. This is reflected in the fact that the top gangsters have a substantial following among youngsters in social media. When gangsters pose with luxury vehicles, pistols and rifles, numerous admirers praise their “macho” image and actions.

Some of these gangs have also recently started getting involved in student elections in colleges and universities, leading to increasingly violence on campuses.

Most of these gangsters are from the lower middle class and almost all of them remained unemployed for a long time. It is a strange coincidence that several of them have a sports background. Even Gounder was a good discus thrower and earned his pet name Gounder because he remained in playgrounds for long periods.

The state police has successfully arrested quite a few gangsters in recent years but the access they have to social media from inside jails is something that the security agencies have not been able to prevent. There have been several instances when raiding parties have found mobiles and other electronic items from within the jails. Punjab Director General of Police Suresh Arora, while announcing the encounter with Gounder and others, said that the police had formed an Organised Crime Control Unit which had nabbed nearly 180 criminals over the last year-and-a-half. However, much needs to be done to see that these gangs don’t proliferate.

In order to deal more effectively with organised crime and gangs, the Punjab government recently proposed to bring in a new law on the plea that such crimes cannot be handled under ordinary laws.

The proposed legislation is to be based on the Maharashtra Control of Organised Crime Act (MCOCA). The preamble to MCOCA had stated that “the existing legal framework, i.e. the penal and procedural laws and the adjudicatory system, are found to be rather inadequate to curb or control the menace of organised crime. The government has, therefore, decided to enact a special law with stringent and deterrent provisions, including in certain circumstances power to intercept wire, electronic or oral communication to control the menace of organised crime”.

Chief Minister Amarinder Singh, who announced his government’s decision to adopt the Maharashtra law, said that the intention behind introducing the Bill, Punjab Control of Organised Crime Act (PCOCA), was to arm security forces with more teeth to tackle criminals, gangsters and radical forces.

The draft Bill says that “all confessions of criminals booked under the proposed Act can be made before the rank of superintendent of police, and are admissible in a court of law. It also empowers a DIG-rank or above officers to invoke PCOCA with a note on why IPC is unable to handle the act of crime”.

The government is likely to bring the draft bill in the budget session later this year. It may face some criticism from the Opposition, but the fact is that the last Akali Dal-BJP government too had been toying with the idea of bringing in a legislation to deal with the increasing number of gangs.

A note prepared for the cabinet had stated that there were 57 active gangs in Punjab. It underlined that the conviction rate in crimes involving gangs was low for various reasons. It said that of the 115 cases filed against gangsters from 1996 till 2016, only 10 had ended in conviction because the eyewitnesses in most of the cases had turned hostile during trial. However, the proposal was struck down at the cabinet level with some of the ministers claiming that it would have an adverse political fallout. As the proposal had come on the eve of the previous assembly elections, it was thought prudent to shelve it.

Interestingly, gangsters and their stories are also reflected in music, especially among South Asian youth abroad. According to a recent report in Global News, a newspaper based in Canada, gang violence in Metro Vancouver spawned a new debate over the growing popularity of South Asian gangsta rap, which is full of bravado and lyrics about carrying guns.

These South Asian gangster rap videos are heard by many youngsters and their parents are concerned. Most of the artists are Canadian, but of course, none are gangsters. The music is a way for artists to express anger at white police officers and has grown in popularity at the same time that gang violence has escalated, much of it targeting South Asians. In Punjab, gangs being glamourized is a worrying trend.

One man’s meat is another’s poison.