The COVID effect: When Donald Trump got trumped 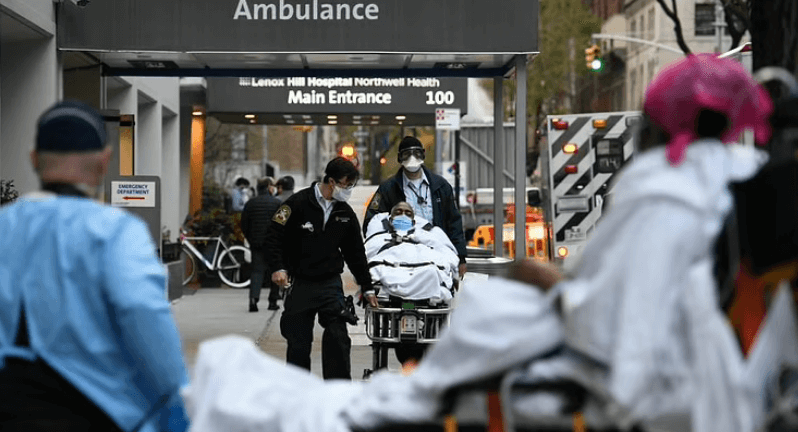 In 2015, during a TED Talk, Bill Gates had made a prescient comment. He had said that in the near future, a multi-million death scenario would emerge from a pandemic, rather than war. There was no sign of the COVID virus then, and the Microsoft co-founder’s study of current health scenarios was on the dot. Not many Americans, leave alone anybody from outside, believed the billionaire philanthropist. Gates had said: “If anything kills over 10 million people in the next few decades, it’s most likely to be a highly infectious virus rather than a war. We’ve actually invested very little in a system to stop an epidemic, we’re not ready for the next epidemic.”

Then Covid struck, with the formal notification about the outbreak reaching the US from China on January 3.

Even then, the US government paid little heed to it. Six whole weeks passed before a proper response was formulated by the government with the Trump administration banning foreigners who recently visited China only on January 31.

Slowly, travel restrictions were expanded to Iran and an advisory was issued about South Korea and Italy. By March, the administration had realised the intensity of the pandemic and had suspended almost all travel from Europe. By March 16 the United States had the most infections in the world.

This was put succinctly by Professor Ooi Eng Eong, Deputy Director of the Emerging infectious Diseases Programme at Duke-NUS Medical School. He said:

“To put it bluntly, the US was unprepared for it. They held on to a very optimistic view. That this was an Asian problem that wouldn’t reach them.”

Had testing started in January itself, when the information reached the US from China, and had effective communication been processed for everyone immediately, because it was a shared risk, the US would have been in a different position.

It just took just a few short weeks for the COVID infections to jump from 2 million to 3 million, and has now crossed 7.3 million cases with more than 200,000 deaths in the US. Worldwide the death figure has now crossed 1 million.

Predictions of the death figures in the US in parity with the University of Washington Institute for Health Metrics and Evaluation’s, IHME Model, which predicted that the country would witness more than 208,000 deaths by November. On March 31 Dr Deborah Birx, the coordinator of the White House coronavirus task force, presented the following chart:

However, the current death numbers are higher than projected for the outbreak with intervention.

The pandemic response was fractured, disorganised, politicised and was lacking in cohesiveness. It also contained inadequate contact tracing. The government did not act early enough. Cases for countries like South Korea, Hong Kong and Taiwan were much less in earlier months as compared to the US. These countries tested citizens earlier and regularly, contact tracing was used and there was a political will of consistent messaging about the pandemic. The US tested fewer people and their policy to counter the pandemic was confused and misdirected.

As recently as July 4, President Donald Trump had said: “99% of COVID-19 cases are harmless.” Medical reports, though, suggest otherwise. They say 15-20 percent of the cases need hospitalisation and nearly half of them need ICU with permanent injuries after sustaining the virus.

The Congressional Budget Office (CBO) suggested that the pandemic could affect $ 8 trillion dollars off from economic growth. The COVID-19 has devastated the service sector, small businesses, daily wage earners, and the hospitality and travel industries. There were multiple revised estimates for economic contraction for the year 2020. That ranged from 5% to 20% for the year 2020.

The disease has rattled Trump’s presidency, leading to a confidence crisis for the government. His biggest narrative and talking point was the strength in the US economy, booming stock markets and the record-level employment rate. He was able to boast about it not only to his voter base, but also to the established Republican base. That had given him an overarching power to sell himself to all small pockets of resistance within his own party. This had also given him the political capital to engage with Europe as well as other trading and strategic defence partner-states around the world.

Secondly, Trump dealt the COVID-19 pandemic as his adversaries. There is the predictive way of dealing his earlier crisis like the Russian collusion in his election and the firing of a few of his appointees who became adversaries. He first denied the allegations and later ridiculed, defamed, and downplayed the credibility of the messenger. Michael Cohen, John Bolton, John Kelly, Omarosa Manigault Newman, Jerome Powell, Anthony Scaramucci, Jeff Sessions, Rex Tillerson, and a few more have all gone through the same treatment. They all were praised by Trump while being hired and then received barbs as they were fired.

The handling of the pandemic was on similar lines. Here are a few statements made by President Trump about the coronavirus cases.

On January 22, he said: “We have it totally under control – it’s going to be just fine.”

On February 24, he said: “The coronavirus is very much under control in the USA – the stock market is starting to look very good to me.”

On February 28, he said: “It is going to disappear. One day, it’s like a miracle, it will disappear.”

Again, dealing with the pandemic as his political enemy, he falsely created hope. He stockpiled millions of doses of hydroxychloroquine without any scientific evidence that it works. He purposely did not wear masks as a political notion, suggesting to his political base for the defiance of establishment.

This predictable instinct of his personality inadvertently positioned Donald Trump against the pandemic politically. His logic was that if you cannot win, talk it down. So he started talking COVID-19 down.

When COVID-19 destroyed his economic narrative and political capital to bargain on international trade and alliances, he turned over to cultural issues, seeking refuge in his political base playing with racial tension. Two sections were being targeted, rural-supporter Republicans, and white-suburban moderates and independents.

It’s a racist move and it’s designed to help him with his base. If you go through his internal polling numbers, he is down double-digits in most of the swing states that needs to win. So when he’s saying nonsense like liberate Minnesota or liberate Michigan, he’s trying to rile up his base. His only play right now is to get the people that voted for him last time to turn out in higher levels than in 2016.

In 2016, he had positioned himself against illegal immigrants in the USA, proposed to build the wall on the Mexico border. However, in 2020 he had to find another ghost enemy, to position himself and his base against something to distract people from the pandemic-related political fallout. Hence, the China trade rivalry was brought into a recent talking point. After the approval rating dropped, failure to contain the pandemic and economic disaster needed a diversion for the 2020 election. China must pay for the damage and he bashed Biden and China.

Thirdly, overplay with his political base and not much effort to expand beyond to other segments of society had rattled traditional Republicans who voted for him in 2016. They think another four years of Trump’s presidency may harm the Republican Party in the future. The Lincoln Project, Republican Voters AgainstTrump, a new super PAC, Right Side PAC, and veterans of the McCain and Bush campaigns are targeting anti-Trump Republicans to support Joe Biden in the November election. Cindy McCain, the widow of the Republican Party Nominee, endorses Biden for President. This has strengthened Biden.

The President’s response in handling of the pandemic has eroded confidence in a section of voters who voted for him in 2016. Trump lead in the senior citizens’ group over Clinton by 7 points. The new poll is suggesting Joe Biden has a lead around 10 point among registered voters. (Washington Post/ABC poll). This is the same for young women voters. Similarly, for younger voters, campus life and job prospects were shattered due to the pandemic. A recent CNN poll is showing Biden leading by over 20 points among voters under the age 34. Younger voters helped Democrats in 2018 to take over the house.

According to the NBC News polling average, The RealClearPolitics general election polling average and FiveThirtyEight’s national polling tracker gave Biden a 7-8 point advantage.Florida, Pennsylvania, Michigan, Wisconsin, North Carolina and Arizona are in trouble. Even Georgia is showing a small lead for Biden by Fox News.Arizona is breaking more in favor of Biden.Trump standing on independents and seniors have eroded due to pandemic and the civil unrest created by the killing of George Floyd.

However, American democratic institutions are independent and very powerful. The comments made by FBI Director Christopher Wray on the President’s conspiracy theory on mail-in ballots in the 2020 election sums it up.

Now, we have not seen, historically, any kind of coordinated national voter fraud effort in a major election, whether it’s by mail or otherwise.

If the statistical trend continues, as it is, in the next 40-50 days we may witness a big reversal in the 2020 US Presidential election in favor of Biden. There is a chance of a landslide victory in electoral votes as witnessed in 1980 when Republican Ronald Reagan defeated incumbent Democrat Jimmy Carter with 489/49 electoral votes.