The term ‘Harassment’ is a form of discrimination. It includes any unwanted physical or verbal behaviour that offends or humiliates you. It covers a wide range of behaviours of an offensive nature. It is commonly understood as behaviour that demeans, humiliates or embarrasses a person, and it is characteristically identified by its unlikelihood in terms of social and moral reasonableness. Such behaviour affects the physical and mental well-being of a person.

In the legal sense, these are behaviours that appear to be disturbing, upsetting or threatening. They evolve from discriminatory grounds, and have an effect of nullifying or impairing a person from taking benefits of their rights. When these behaviours become repetitive, they can also be construed as bullying in common parlance. The continuity or repetitiveness and the distressing, alarming or threatening nature may distinguish it from a mere insult or admonishment.

Harassment can take many forms and some of the most common types of harassment are: –

Certain rights are inalienable from a human being and are guaranteed by birth. The Protection of Human Rights Act, 1993 defines human rights as the rights related to the life, liberty, equality and dignity of the individual which are guaranteed by the Constitution or embodied in various International Covenants which are enforceable in the Courts in India. Right to live with dignity forms a part of human rights and any form of harassment amounts to breach of the right to live with dignity.

Below are few Indian laws which deal with various forms of Harassment:

1.     The Sexual Harassment of Women at Workplace (Prevention, Prohibition and Redressal) Act, 2013.

This was the first legislation enacted to protect the women from being sexually harassed at work place. The legislation has defined the term sexual harassment under section 2 and gives an inclusive definition stating that sexual harassment includes any one or more of the following unwelcome acts or behaviour (whether directly or by implication) namely:

The law mandates certain practices which workplaces ought to follow to prevent sexual harassment and mechanisms which need to be created for redressal of complaints.

The term “Mental Harassment” has not been specifically defined under the Indian Penal Code, 1860 (IPC), however harassment can be interpreted in terms of cruelty or torture. The relevant sections are as follows: –

Whoever, to the annoyance of others

a. does any obscene act in any public place, or

b. sings, recites or utters any obscene song, ballad or words, in or near any public place, shall be punished with imprisonment of either description for a term which may extend to three months, or with fine, or with both.

B. Section 354: Assault or criminal force to woman with intent to outrage  her modesty.-

Whoever assaults or uses criminal force to any woman, intending to outrage or knowing it to be likely that he will thereby outrage her modesty, shall be punished with imprisonment of either description for a term which may extend to two years, or with fine, or with both.

shall be guilty of the offence of sexual harassment.

2. Any man who commits the offence specified in clause (i) or clause (ii) or clause (iii) of sub-section (1) shall be punished with rigorous imprisonment for a term which may extend to three years, or with fine, or with both.

3. Any man who commits the offence specified in clause (iv) of sub-section (1) shall be punished with imprisonment of either description for a term which may extend to one year, or with fine, or with both.

Explanation —For the purpose of this section, “cruelty” means—

E. Section 509: Word, gesture or act intended to insult the modesty of a woman.—Whoever, intending to insult the modesty of any woman, utters any word, makes any sound or gesture, or exhibits any object, intending that such word or sound shall be heard, or that such gesture or object shall be seen, by such woman, or intrudes upon the privacy of such woman, shall be punished with simple imprisonment for a term which may extend to one year, or with fine, or with both.

This law aims to give legal recognition to online transactions and also deals with various acts and offences which may be committed online:

Few of the cases that the Indian courts have dealt with in regard to Mental Harassment in a professional sphere are as follows:

This is a landmark judgment in the history of sexual harassment which has being decided by the Hon’ble Supreme Court of India. Sexual Harassment means an uninvited/ unwelcome sexual favor or sexual gestures from one gender towards the other gender. It makes the person feel humiliated, offended and insulted to whom it is been done and completely destroys its mental peace causing a greater level of mental harassment as well.

Sexual harassment is one of the social evil faced by the fragile portion of the society. The court observed that the fundamental rights under Article 14[2], 19[3](1)(g) and 21[4]of Constitution of India that, every profession, trade or occupation should provide safe working environment to the employees. It hampered the right to life and the right to live a dignified life. The basic requirement was that there should be the availability of safe working environment at workplace.

“Harassment is any improper and unwelcome conduct that might reasonably be expected or be perceived to cause offence or humiliation to another person. Harassment may take the form of words, gestures or actions which tend to annoy, alarm, abuse, demean, intimidate, belittle, humiliate or embarrass another or which create an intimidating, hostile or offensive work environment.”

The Hon’ble AP High court went on to add, “Finally, we may thus state or define the work place harassment as follows: Workplace harassment‘ is any type of unwelcome action towards an employee by the employer or anybody on his behalf that leads to difficulty in performing assigned tasks or causes the employee to feel he or she is working in a hostile environment. The harassment may be based on such factors as race, gender, culture, age, sexual orientation, or religious preference.”

In general, there are several factors that must be present in order to workplace harassment to be recognised. First, the conduct must be unwelcome and offensive to the employee. Second, the employee must voice his or her objection to the behaviour, allowing the offending individual or individuals to correct their workplace behaviour.

Lastly, the conduct must be of such a nature that makes an impact on the ability of the employee to carry out his or her duties in an efficient and responsible manner.

Some forms of workplace harassment are more common than others. Unwanted sexual advances by peers or supervisors is the most often cited form of workplace harassment. Both male and female employees may be approached by someone in the workplace who either hint or directly state that compliance will benefit the employee in some manner, or at least help to ensure that employment will continue. Today, many countries have laws that protect employees of all genders from this type of harassment.

Workplace harassment may also take the form of prejudiced remarks or tasteless jokes that have to do with an individual’s personal beliefs, age, or sexual orientation. While harassment of this type is widespread in many offices and other workplaces, employers are beginning to take a more aggressive stance on slurs, name-calling and veiled threats that target employees for any of these reasons. In addition, more countries are expanding harassment laws to include irresponsible remarks and various forms of intimidation that have to do with age, religion, and orientation.”

In order to ensure that harassment does not occur in office premises, managements should ensure that following actions to not occur or are minimised at work place:

Besides the above the corporates should have an active, impartial and easy to approach grievance redressal mechanisms for employees and statutorily mandated committee under the POSH Act and Rules for redressal of sexual harassment complaints.

Legal Recourse to be adopted:

The answer to this question solely depends on the kind of mental harassment an individual is subjected to and these could include:

The Authors is Senior Associate at Athena Legal

The update is intended for your general information only. The information and opinions contained in this document are derived  from  public  sources  which  we  believe  to  be  reliable  and accurate but which, without further investigation, cannot be warranted as to their accuracy, completeness or correctness. It is not  intended to be nor should be regarded as legal advice and  no one should act on such information without appropriate professional advice. Athena Legal accepts no responsibility for any loss arising from any action taken or not taken by anyone using this material. 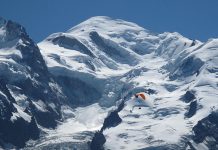 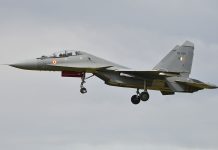