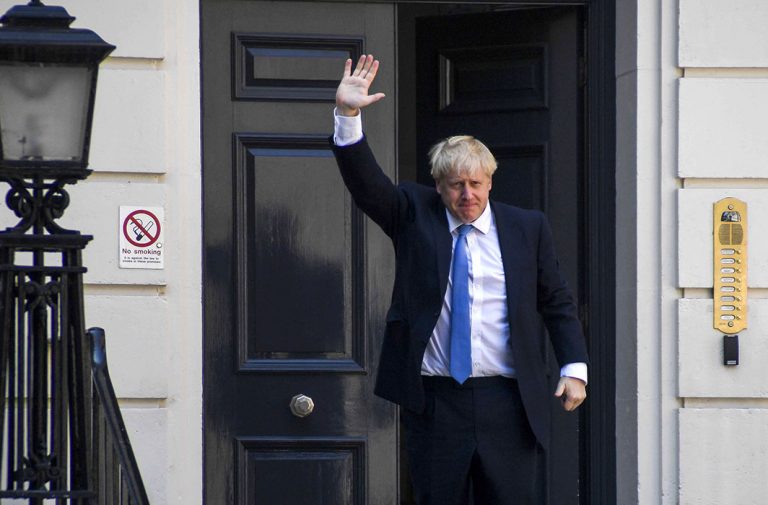 During the leadership race for the conservative party which he finally won yesterday with a massive majority, the United Kingdom’s new prime minister Boris Johnson had stressed on his relations with India. In an open letter addressed to the Indian diaspora earlier this month, he had described himself as the “son-in-law” of India.

That if anything was an under statement.  While it is well known that his now estranged wife Marina Wheeler is the daughter of journalist Sir Charles Wheeler and Dip Singh, the ties that bind him to India are many. Her mother, Dip Singh was Sikh and formerly married to autjhor Khushwant Singh’s younger brother Daljit Singh before she married Wheeler and had Marina and another daughter. His mother in law’s older sister Amarjit was married to Khushwant Singh’s older brother Bhagwant Singh whose neice is Amrita Singh, a former film star who was previously married to Saif Ali Khan  and now is more known as the mother of starlet Sara Ali Khan.

His encounters with India and Indians were not just close, they were sometimes even terrifying.  None as much as a close encounter that he had with a temple elephant while on a visit to India in 2003. Though elephants are part and parcel of every temple event in Kerala,  seldom are they paraded during weddings. But on this occasion, the father of the bride—a high profile union minister in the Rajiv Gandhi cabinet—wanted to impress his daughter’s in-laws and their guests, most of whom were British Sikhs. A solitary elephant was at the temple gate, presumably to receive the guests with the traditional jumbo salute with the trunk curled upwards  high above the forehead. To cut a long short, when the time came for the boy and the girl to exchange rings and garlands, the marriage party was about ten people short, all in hospital, where they were rushed as they caught in a stampede in the temple precincts.

Khushwant Singh is said to have recalled the event in one of his columns then  and came out with his own analysis of the  jumbo’s behavior.

“One (version) is that it did not like white people; when one of them wanted to take a close shot of it in her camera, it made its displeasure known by grabbing her in its trunk and hurling her on the ground.”

“Another is that it had never seen so many turbanned sardars and expressed its disapproval by giving my nephew (the bridegroom’s father) a resounding kick which sent him sprawling with many ligaments torn. Altogether eight members of the party were hospitalized.”

It is not known if  he was among the injured but when Prime Minister Boris Johnson visits India, one can almost be certain that elephants will not be part of the welcome parade.