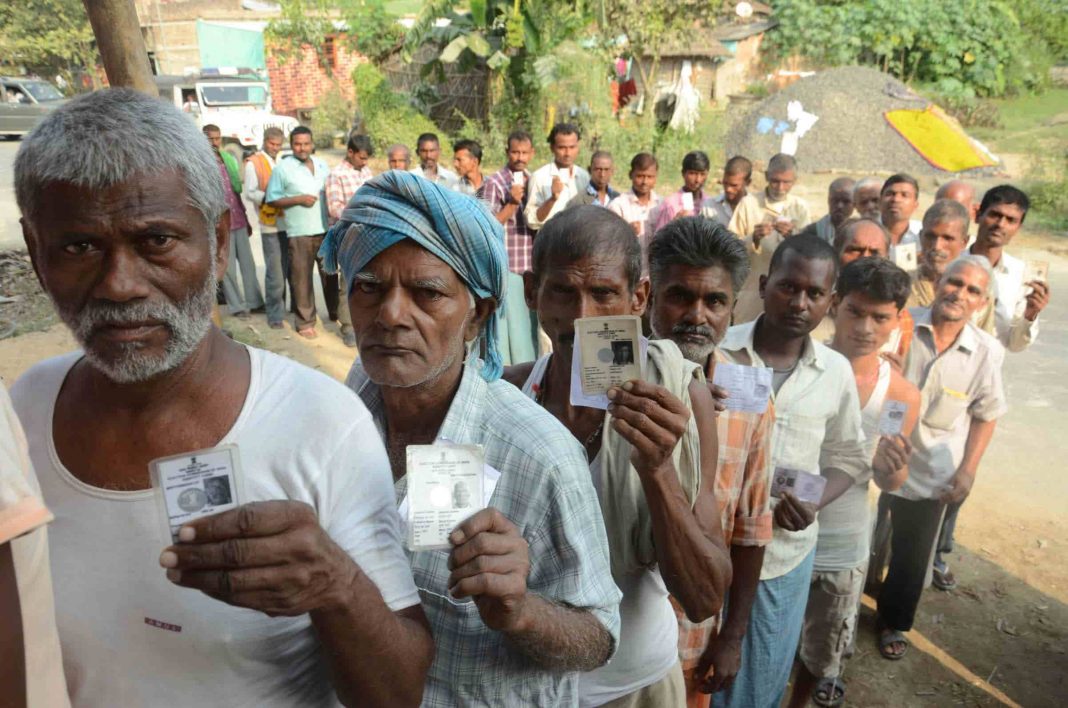 The Election Commission (EC) which prefers EVMs over paper ballots seemed to have suddenly developed a fancy for postal ballots (PB). Its gazette notification of June 19, 2020, had made sweeping changes in the Conduct of Elections (Amendment) Rules, 2020, framed under The Representation of the People Act, 1951. It had made all voters above 65 years as well as “Covid-19 suspect or affected persons” eligible to avail of PB for voting. The notification defines Covid-19 suspect or affected persons as “electors who have been found to be Covid-19 positive either by a government hospital or a designated Covid-19 hospital.” It also includes those who are under home or institutional quarantine.

However, on July 16, the EC decided against extending the PB facility to voters above 65 years in the upcoming Bihar Assembly elections, citing logistical challenges. But the fact is that the contentious amendment is still there and the EC can use it for later elections. It will still be implemented for other categories including Covid suspects in the Bihar polls.

This notification had earlier snowballed into a political controversy. All major opposition parties have opposed the move, arguing that it would expose senior citizens to influence by the administration and the party in power.  Although the Conduct of Election Rules has been amended, the provision cannot be implemented unless the EC issues a formal notification before the polls. EC appears to be reconsidering the whole issue.

EC’s conduct of the 2019 general election still rankles in people’s minds due to the many irregularities that came to light. The electoral roll was defective, leaving out several eligible voters. The EVM-led electoral process did not comply with essential “democracy principles” such as public examinability; knowledge to check the critical steps in the polling process by the ordinary voter; verifiability, transparency and reliability in the counting of votes and ascertainment of results. There were no level playing fields in terms of availability of funds and strict enforcement of the Rules and Model Code of Conduct. The EC was unable to ensure ethics in election by preventing criminals from contesting and the corrupt from buying votes.

Since EVM voting does not comply with basic “democracy principles”, there is a public demand for going back to paper ballots as they fulfil these principles in toto. All genuine democracies in the world, including the most advanced ones, have abandoned EVM-based voting and returned to paper ballots. Though the EC has been sticking to EVM voting, it has substantially enlarged PB, by bringing in large categories of voters within its scope.

In India, postal voting is done through “Electronically Transmitted Postal Ballot Papers” wherein ballot papers are distributed by the EC to the registered eligible voters and they return these to the Returning Officers (ROs) by post. On counting day, these postal votes are counted first before EVM votes. Till recently, the PB facility was available only to a very small number of voters having a service qualification. According to the provisions of sub-section (8) of Section 20 of The Representation of the People Act, service qualification means either of these:

(a) Being a member of the armed forces

(b) Being a member of a force to which provisions of the Army Act, 1950, have been made applicable whether with or without modification

(c) Being a member of an armed police force of a state, and serving outside that state

(d) Being a person who is employed under the Government of India in a post outside India.

While an ordinary elector is registered in the electoral roll of the constituency where his residence is located, a person having service qualification can get enrolled as a “service voter” at his native place even though he may be posted elsewhere. He has, however, the option to get himself enrolled as a general elector at the place of his posting where he is residing with his family for a sufficient span of time.

Traditionally, PBs were issued to those with “service qualification”. Later, it was extended to absentee voters (AVs) involved in essential services. An “absentee voter” has been defined in clause (a) of Rule-27A of the Conduct of Election Rules, 1961 as “a person belonging to the class of persons notified by the Commission in terms of clause (c) of Section-60 of the RP Act, 51, comprising persons employed in essential services who, on account of the compulsion of their duties, are notable to be present in their polling station on the day of poll”.

The 2019 parliamentary election was held with these rules. Perusal of the data of this election shows that though postal votes issued were much higher in number, only 28,04,269 of them were returned after marking the vote and quite a few of them were rejected.

In the Jharkhand assembly election of 2019, eligibility for postal votes was extended to include two more categories of voters—very senior citizens (above 80 years) and persons with disabilities. However, this was applied only to electors in seven assembly constituencies—Rajmahal, Pakur, Jamtara, Deoghar, Godda, Bokaro and Dhanbad.

The same PB provisions were made applicable for the Delhi assembly election early this year with elaborate and stringent procedures. These include AVs applying to the concerned ROs seeking PB within five days following the date of notification of the election concerned, the RO entering this in a register and cross-checking with that of the electoral roll and issue of PBs after marking the same in the voter list. Once that is done, poll officers will go to those in the AV category after prior intimation, verify and deliver the PB while briefing them about the procedure. They are also responsible for making sure that PBs are not misused and the vote is cast without any influence. To ensure this, the votes cast can be returned to the poll officer on the spot during the visit. All this will be done with police security with a videographer in attendance.

Even this limited trial of AV-based PBs in Jharkhand and Delhi has exposed itself to much mischief, misuse and malpractices. With a major chunk of the electorate being ill-informed, there could be proxy applications that would trigger the process of requisition of PBs with fake addresses, etc. Due to the fact that with the issuance of PB, the voter loses his right to vote in the polling booth, a simple proxy application with a fake address can disenfranchise many voters. Since PBs can be delivered till the day prior to counting, there are reports that they were openly traded and purchased by candidates.

Previous experience with AV-based PBs has shown that political parties/vested interests try to lure the voters with attractive offers. When the polling party moves from house to house for facilitating PBs, there could be blatant attempts to influence the voting by political parties. And with a thin security cover, PBs are vulnerable for capture and damage. Securing the identity of the voter could also be a challenge for the team of polling officers. What is worse, secrecy of voting which is the fundamental pillar of Indian elections will be heavily compromised in the home environment and in villages.

Let us look at the numbers in Bihar which has about 7.20 crore voters. Taking the national average of 7% voters above age of 65, it would work out to over 50 lakh, which would simply be unmanageable. The definition of the other category of “Covid-19 suspect or affected persons” being vague and omnibus, the numbers can run into lakhs or crores depending on the capacity of those “manipulating” the election. At the national level, 65-plus voters are over six crore and no one knows what the numbers of the other category would be.

In an already battered electoral process, the adverse implications of implementing this expanded PB would be enormous. If somebody is unable to vote for some reason, it is far better than the vote being sold or cast by some proxy. Yet, this is what would happen in almost every household with elders, or “Covid-19 suspects” if the proposed AV-based PB is implemented. At the end of the day, this shenanigan of the EC would only favour the ruling party wielding state power. This would be a big stigma in the dwindling reputation of this constitutional bastion of democracy.

What is more, there has been no stakeholder—public and political parties—consultation before this far-reaching decision was taken and notified. Pushing this agenda by taking advantage of the lockdown would make India’s democracy a mockery and then a tragedy. This cannot be countenanced.