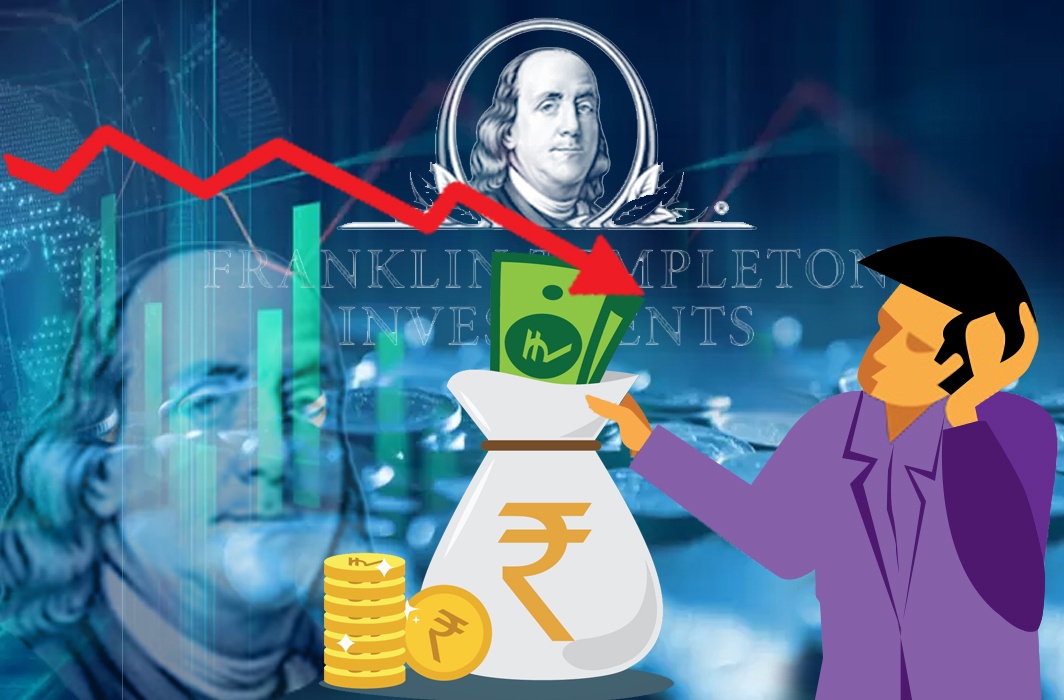 The first signs of strain in Indian capital markets are starting to show. Franklin Templeton (FT), a large mutual fund, recently decided to close six of its debt funds. These funds invested in corporate and government debt and are generally considered and sold as reasonably safe investments.

This will have significant repercussions not only for the thousands of investors who trusted FT with their money, but also for India’s capital markets. It is also a wake-up call for the government and regulatory authorities to start focusing on financial markets and to recognise their critical role in helping push India’s economic development.

FT’s management attributed the shutdown of these funds to “a significant reduction in liquidity due to the crisis”. Let’s put that in simple language. Markets allow buyers and sellers of different products to find each other, and demand and supply forces establish market-clearing prices. So, when demand for a product goes up, its price goes up, and conversely, when supply increases, the price falls to allow the markets to clear. But if, for some reason, sellers can’t find buyers the market is said to be illiquid. This happened recently when oil futures prices dropped below zero because no one wanted delivery of oil. Similarly, in the bond market, if there are no buyers for a particular type of bond, the illiquidity can significantly reduce the price of those bonds.

That’s what happened to FT’s bond funds. They had invested heavily in the bonds of companies like Yes Bank and Vodaphone, and had significant marked-to-market losses. The economic lockdown put further pressure on the prices of the bonds in their portfolios. This created significant redemption pressure from investors (to the tune of Rs 25,000 crore, according to some industry estimates).

Initially, FT borrowed money to cover these redemptions—SEBI regulations allow mutual funds to borrow up to 20 percent of their assets under management to meet redemptions. But soon the pressure from these redemptions overwhelmed their willingness to borrow and FT was forced to start selling its portfolio holdings. Normally, funds first get rid of their losing positions when faced with redemptions. In FT’s case, almost 70 percent of its holdings were lower-rated/higher-risk corporate bonds. Demand for these higher-risk bonds dropped precipitously due to the rising risk of default following the economic lockdown.

This meant that FT had to sell its losing investments in a market that did not have the capacity to buy these instruments—the liquidity problem. As a result, the market value of their positions declined even further. Now faced with the prospect of eventually having to sell their good holdings at below their “fair” market value, FT decided to close down the fund, stop further redemptions and allow for an orderly liquidation of investments.

Think of the FT closing its funds as a lockdown—it buys time for the fund managers and allows them to liquidate the holdings in a more orderly manner. During this lockdown period, no new money will be taken and all redemptions will be put on hold, with the goal of eventually paying back the investors in a staggered fashion. The FT fund closures doesn’t mean that all the money is gone, although there will certainly be losses as its investments are marked-to-market in a low-liquidity environment. As is normally the case in these circumstances, the assets currently under management in the fund will probably stay invested until all holdings are sold. The final payout to investors would include these gains and losses too.

So, should investors in other debt mutual funds be worried after the FT move? Yes, they should be, because credit risk affects all debt funds. With a significant economic slowdown staring the country in the face, corporate defaults will undoubtedly increase and anyone invested in corporate debt will be affected.

Will FT’s shutting of these funds have a contagion effect and could it be a harbinger of things to come? Could it create panic and force redemptions in other funds? It is a real possibility, given the systemic fear and the strong aversion to risk among investors in the current climate. Some analysts have pointed out that FT may be an outlier because it is known to have taken on more credit risk than the average debt mutual fund. But that should be of little comfort because credit risk gets magnified for all funds during a systemic crisis.

Three things determine the return in a fixed income or debt fund: interest rates, credit risk and manager risk. When interest rates go down, the price of bonds increase and a bond fund does well. Conversely, when rates go up, bond prices fall. In the current climate, with the Reserve Bank injecting liquidity into the system, one can reasonably expect interest rates to decline in the future. This is good for debt funds.

But countering that is credit risk, also known as default risk, which is the risk that a bond issuer will default on payments of interest and principal. As credit risk increases, bond prices drop to persuade investors to take on the added risk. Corporate bonds are particularly vulnerable to credit risk, since defaults rise during times of a systemic economic slowdown. Even if there is no default, it is almost a certainty that many companies will face a credit rating decline and that too will reduce the price of their bonds. This is the risk investors in debt funds currently face.

AMFI (Association for Mutual Funds in India), fearing a ripple effect, has stepped in and tried to calm investors by stating that this is not an industry-wide phenomenon. But markets are driven by greed and fear. Currently, fear rules and investors are running to the safety of cash.

FT’s move also signals deeper trouble for India’s banking sector. Banks lend to the same companies whose bonds are bought by mutual funds like FT. As corporate defaults increase with the economic lockdown, there will be further stress on an industry already reeling from a bad loan crisis.

But aren’t many debt mutual funds invested in “high” quality debt? They are, but the definition of high-quality debt is a little dubious in the Indian context. Bonds of companies that have a high rating—AAA, AA and A rating— are considered investment-grade debt. In India, because of lax controls on credit-rating agencies, almost 93 percent of companies have been given an investment-grade rating compared to less than 10 percent in the US. Nearly 65 companies in India have been given the highest rating (AAA) compared to only two companies in the US and no companies in Germany or the UK. The exacting standards of “high quality” observed in other countries are missing among domestic companies.

It is, therefore, buyer beware as was evident in recent debt defaults of high-rated companies like IS&FL, DHFL and Zee Group. There are many others like these and the numbers will only increase with the economic lockdown.

The closure of debt funds by a high profile global fund company like Franklin Templeton should be an eye-opener for policymakers. India’s capital markets need a major policy overhaul if they are to help promote India’s economic growth. Stable and free capital markets are a necessary condition for economic growth. They bring together users of capital and savers at low intermediation cost. This process happens efficiently and without state intervention. Buyers who need money for longer-maturity projects use bonds, while banks finance shorter-term capital needs. And higher risk projects get funded by equity. Risks also get transferred to those best able to bear them instead of always falling on commercial banks or the government.

Liquid and healthy capital markets also provide clear signals about which companies and sectors are doing well, which allows for a better allocation of resources in the economy. Funds are taken away from underperforming areas and reinvested in innovative and sunrise sectors. And importantly, a stable and robust credit market allows for the quick and efficient transmission of RBI interest rate changes into the real economy. Currently, this is a massive problem in India and creates inefficiencies and illiquidity in credit markets. The blame lies entirely with the current regulatory regime.

There have been many expert reports over the years on how to improve liquidity in Indian capital markets. But most of these reports get shelved. And instead of opening up markets and allowing for the creation of new innovative financial products, bureaucrats come up with myriad regulations, structures, incentives and staffing requirements that impede the development of new financial products and the participation of firms and individuals in certain markets. For example, foreign buyers are restricted to a maximum investment of 6 percent in government securities (G-secs) and 15 percent in corporate bonds. (Only after the Covid-19 crisis, in response to the need for massive capital infusion, has the government opened up restrictions on “some” G-secs.)

Overall, these restrictions significantly reduce the liquidity in these markets and serve no useful purpose in a modern economy. It is hard to understand why they remain in place and why government after government has not found it appropriate to remove these burdensome and meaningless regulations which do nothing but impede the country’s economic growth.

Indian capital markets are also dominated by a few large firms that meet the very restrictive requirements on size and ownership structure imposed by government regulators. New, innovative, financial services companies have to jump through innumerable hoops which make it virtually impossible for them to enter the market. The restrictive requirements on asset management companies by SEBI, for example, ensure that much of this business flows to a few select fund management companies. Similarly, regulatory restrictions, designed to favour existing companies, keep innovative credit rating agencies out of Indian credit markets.

Then, there are bizarre taxes that cause frictions and impede the price discovery process. The revenue raised from these taxes is insignificant compared to the damage they do to market efficiency and liquidity. Regulations and taxes together add significant costs to the capital allocation process. As a result, India has among the highest intermediation costs of around 550 basis points. It is, therefore, no wonder that India’s capital markets have liquidity problems.

The Covid-19 crisis has caused significant additional damage to an Indian economy which was already reeling from poor policy decisions and overregulation before the crisis. Glaring structural weaknesses in the Indian economy will now be exposed, and maybe, just maybe, the Franklin Templeton debt fund closures will be the canary in the coalmine that provides a wake-up call to policymakers.

The need to overhaul India’s weak credit markets is urgent and critical. 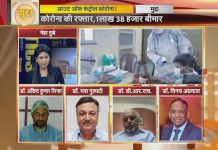 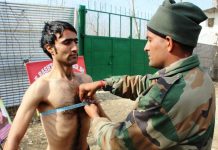 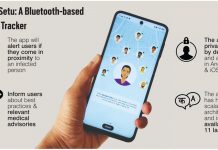