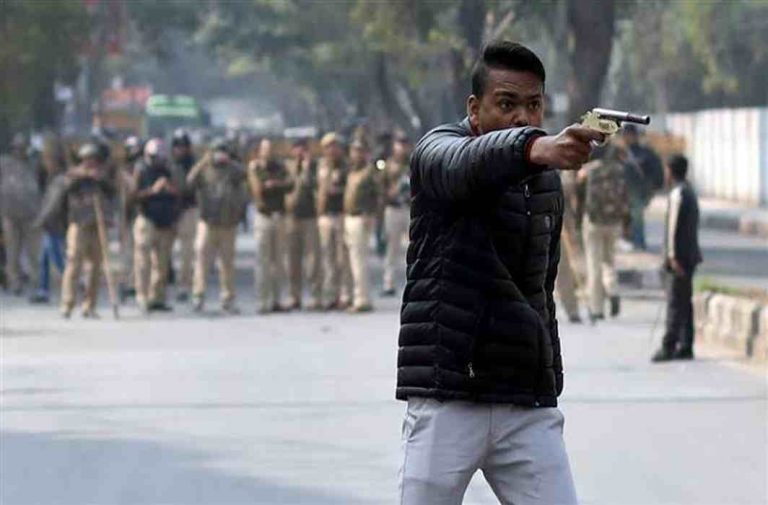 Thanks to our very own guntoting Dirty Harry, we have been reliably informed as to who the real enemies of the people are. It’s a long and lengthening list thanks to such progressive moves like the CAA and NRC which will separate the true nationals, as in Rambhakt Gopal, from those who deserve to be shot, as Anurag Thakur, a minister in some agitated state, encouraged us to. Here’s the updated list on the anniversary of the day a gunman killed Mahatma Gandhi

Shaheen Bagh: The Home Minister, other ruling party leaders, spokesmen, gunmen, chief ministers and Republic TV have given their ruling: The women, children and grandmothers huddled together at Shaheen Bagh in a corner of Delhi are the biggest threat to the Republic. They have described them variously as Jinnah’s Pakistan, a colony of rapists, dogs and even, according to one BJP stalwart, Syria! As the Mahatma said with his last breath: “Hey Ram”.

Kunal Kamra: Comedy or tragedy? The jury is still up in the air, but our beloved and high-flying aviation minister asks airlines to ban the popular stand-up comic and says, tongue firmly in cheek, that if he were in America, he would be in jail. This despite the captain of the flight saying there was no action deserving a ban. Like obedient nationals, domestic airlines, with one honourable exception, fell over themselves to impose a ban since verbally attacking the government’s favourite spokesman, Arnab Goswami, is akin to being an enemy of the state.

Arvind Kejriwal: In the heat of electoral battle, verbal volleys and smashes are as common as those at the ongoing Australian Open but even by that elastic yardstick, a BJP leader terming Delhi Chief Minister Arvind Kejriwal a “terrorist” is taking political license too far. In fact, to prove Kejriwal’s anti-national credentials, BJP’s star campaigners like Gautam Gambhir have been reduced to what Mani Shankar Iyer once called “drain inspectors”, poking around in schools and clinics to try and show that they are dens of unsanitary radicalism.

Universities: In particular Jamia Millia, JNU and Osmania, which, according to police reports and BJP representatives, universities, are also dens of unsanitary radicalism where sedition and overthrow of elected governments are intensely studied and practiced, making them legitimate targets for masked goons and hysterical television anchors, out to teach them a lesson.

Khan Market, Lutyens and Tukde Tudke Gangs: Both the prime minister and his home minister have declared war on Delhi, the national capital, and projected the city as “a hub of nation-unfriendly activities”. The area under specific attack is the elite Lutyens’ zone in central Delhi which also houses the confluence of the well-heeled—Khan Market—the prime retail space where under the cover of Gucci and Armani, hides the now legendary if amorphous Tudke Tudke Gang, plotting deep and dark conspiracies against the state while nibbling away at their truffle-sprinkled bruschettas.

Deepika Padukone: The effervescent and talented leading lady is seemingly another enemy of the state, considering she was on the hate list of teenaged gunman Rambhakt Gopal, presumably because she showed up at JNU in support of students who had been attacked. Her anti-national credentials had already been established when, post her JNU appearance, she was dropped as lead star in a promotional video shot for the prime minister’s Skill India programme. It’s called shooting the messenger.

Nobel Laureates: It’s a long list, from economist Amartya Sen to biologist Venkatraman Ramakrishnan and the latest awardee, Abhijit Banerjee, who is pained over his alma mater JNU, being demonised, but they are all in the official doghouse for being critical of government policies. From Nobel ceremony to unceremonious rejection is quite a fall my countrymen.

Immigrants: No one knows who they are or how many, but like Donald Trump in America, immigrants are the new coronavirus in India, spreading disease and poison. Unlike America, they have no distinguishing features, separate culture, beliefs or skin colour, but if Assam is any example, they are ways to identify them and put them into de-radicalisation camps, as India’s newly-appointed Chief of Defence Staff has recommended. These so-called Illegal Immigrants are enemies of the state and the government will Act to have their Citizenship Amended.