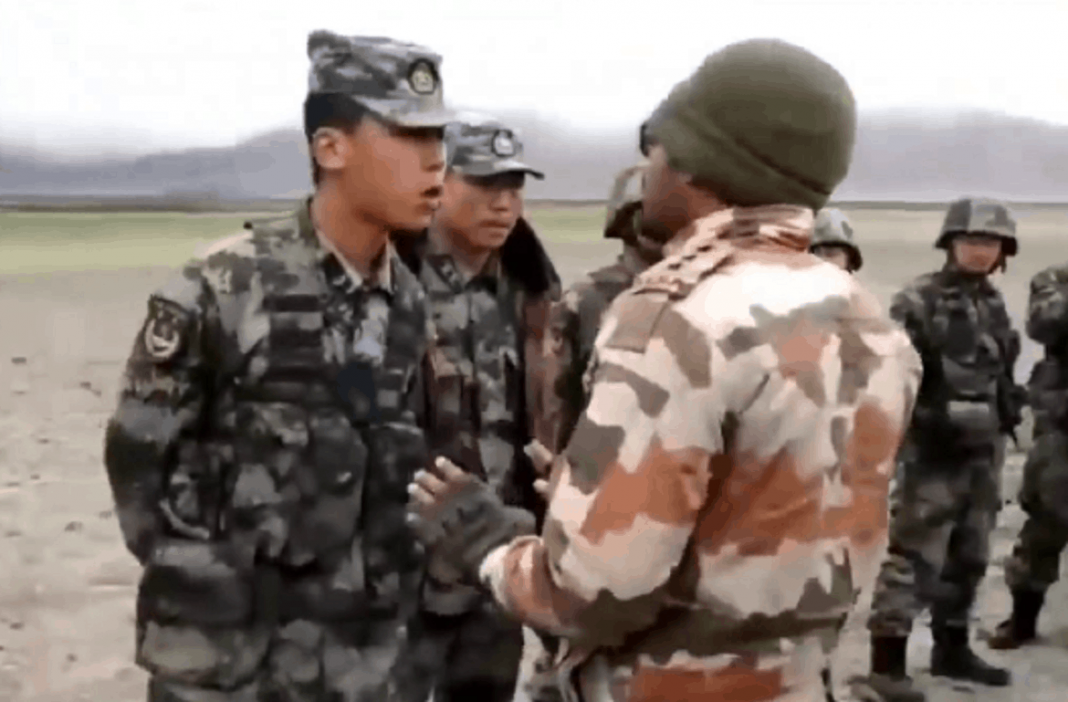 History has recorded nations carrying out their expansionist agendas with different outcomes. The face-off in Ladakh has shown China’s bid to annex Indian territory in open defiance of world opinion.

The year 1815 was a watershed in Europe. Peace had returned after the Congress of Vienna and European powers began to look to Asia and Africa for territorial expansion. This gave rise to new worries for the British in India. Tsar Alexander I was looking to expand towards Tartary to establish links with the khanates (entity ruled by a khan) which lay between the Caspian Sea and the Pamirs. China was weak, decadent and feudal under the Qing Emperor and confined to the East. Xinjiang was Muslim and very distant, though it was on the trade route to Kashgar and Samarkand from where trade flowed down to India and Persia, and beyond to Turkey and Europe. And Tibet, a remote high plateau belonging to devout Buddhists, was ruled by their God King.

Generals and diplomats do not think of events on the ground in terms of the Great Game or the Silk Road, but journalists and armchair travellers do. This is because they revel in delightful travelogues of 19th and early 20th century travellers who wrote of Central Asian cities, of rugged mountains of the Hindu Kush and its fruit-laden valleys, of the majestic Indus river and snow-capped peaks of the Karakoram, of the difficult unpassable Kunjerab and Mustagh Passes, of cities and their treasures buried for thousands of years under inhospitable desert sands of Taklamakan and of overland journeys on horseback from Peking to Srinagar, Kashmir, and gave exciting accounts of the land and the people and the political situation.

The term Great Game was first used by a British agent in a letter to a friend when he came overland from Moscow to India through the Bolan Pass, gathering intelligence on the way. This was the first time the Governor-General in Calcutta felt alarmed about the possibilities of Russian armies invading India through the Khyber/Bolan Passes. It is now used to describe Russia’s threatened south-eastern advance in the 19th century or the Russia bogey. Russians had already established themselves in Siberia up to the Pacific Ocean and Alaska. But Russia had always fancied a warm water port. They established relations with Tartary, the Central Asian khanates, to be in a position to threaten the plains of Hindustan.

The Silk Road as a term describes the old trading routes between China and Europe, travelled by Marco Polo, the Venetian trader who in 1293 visited Kubla Khan’s Xanadu. In the 19th century, explorers came looking for buried treasures in mythical cities covered by the sands of the treacherous Taklamakan desert in Xinjiang.

The Russian moves had begun under Catherine the Great when that empire stretched across Siberia and up to Alaska. After Catherine’s death in 1796, her son Czar Alexander I continued her expansionist policies. Tartary, made up of Turkic speaking remnants of the Golden Horde, inhabiting the steppes east of the Caspian Sea, was waiting to be occupied by Russia. And on the other side of the Pamirs was also Tartary tempting China. These khanates are now Kazakhstan, Turkmenistan, Uzbekistan, Tajikistan and Kyrgyzstan to the west of the Pamirs and on the eastern side lay East Turkmenistan of the Uyghurs, now Xinjiang province of China. Anyone holding India at that time would naturally have felt very concerned. The British policy was to defend its Empire, its jewel in the crown, at all cost. For this, they needed reliable and accurate intelligence, which was what the Great Game was all about, from the British point of view.

In 1799, ten years after the French Revolution, Ranjit Singh (19), took up the leadership of his clan and began to consolidate his control over Punjab. He first took Lahore in 1799 from the Afghans and was crowned Maharaja in 1801. He then subdued various clans of the Punjab. In 1815, the Gurkha army was routed at Kangra and pushed back to Nepal. Multan was annexed in 1818 and Kashmir, Gilgit and Baltistan were taken from the Afghans in 1819. Ahmad Shah Barelvi, leading a jihad against the Sikhs, was comprehensively defeated by the Maharaja’s army in the battle of Balakot in 1831. This cut off the Afghans from Kashmir. Peshawar was taken in 1834 by General Hari Singh Nalwa who crossed the Khyber to invade Afghanistan. The Maharaja’s army under General Zorawar Singh led many successful expeditions into Xin­jiang and Tibet, but the General fell in battle in 1843 at Taklakot in Tibet and is buried there. These little bits of history show how strong Maharaja Ranjit Singh’s empire had become and why the British felt threatened and wanted to subdue it. The entire scene of action in 2020, in the north-western part of India, is taking place in the former Punjab of 1846.

The British gained influence in Afghanistan at a huge cost. After the first Anglo-Sikh war in 1846, under the Treaty of Amritsar, Kashmir was sold to Raja Gulab Singh of Jammu for Rs 75 lacs. After the second Anglo-Sikh war, Punjab was annexed in 1849. Two wars were fought with the wily Afghans in 1839-42 and 1878-80.

After this, there was a fragile truce on the frontier. Finally, in 1897, the Durand Line was drawn to divide the Pathan lands and annexe the eastern half, which they called the North West Frontier Province, now Khyber Pakhtunkhwa. In the 19th century, the British always feared Russia even though it was 2,000 miles away, but by the end of the century, the two empires were only 20 miles apart in the Pamirs, separated only by the Afghan panhandle, the Wakhan corridor, with Gilgit on the eastern side. The British fears were real.

The beginning of the 20th century found Czarist Russia weakened, first defeated by a modernised Japan in 1905, and then by the slow and steady rise of revolutionary forces. This finished Czar Nicholas and the Romanovs. From the revolution in 1917 till the end of World War II, the Russian empire gave way to Communist Russia under Lenin and Stalin. Germany too was defeated in 1919, Kaiser Wilhelm and the Hohenzollerns faded into oblivion and Hitler rose to power and World War II followed. Turkish Ottomans gave way to Kemal Ataturk in 1922, but also lost most of Turkish possessions in the Levant and Arabia. Events in China led to the overthrow of the decadent Qing Emperor and the rise of the Republic of China in 1911 under Sun Yatsen. Soon, the rise of Chinese communism also began. Later, Japan invaded China in 1938 and a civil war ensued between the nationalists and the communists.

At the end of World War II, with Germany and Japan defeated, the UN was founded by 51 countries who signed its Charter in San Francisco in 1945. After 75 years, the number has swelled to 193, plus had two special invitees—the Holy See and the State of Palestine. Between 1945 and now, 142 countries (and about 88 former colonies) joined the UN. Surprisingly, up to 1971, it was the nationalist Republic of China (not the People’s Republic of China) that as a founding member of the UN, continued as a permanent member of the Security Council.

It is a truism that once a country joins the UN as a member its aggressive territorial expansion must end. This is the raison d’être of the world body. There may be boundary disputes here or there over a few enclaves which must be peacefully resolved, but the India-China border is of a different category. In 1949, the present People’s Republic of China was not even a member of the UN, had no responsibility to follow its charter and no accountability to the international community. Communist China continued to colonise Xinjiang and Tibet, who too were not members of the UN and had no say in the world body either.

The annexation of Uyghur Xin­jiang and Buddhist Tibet was next on the Chinese colonisation project. Earlier in 1938, a civil war had been raging in China between the nationalists and the communists. Manchuria was under the occupation of Japan. Xinjiang had declared independence in 1933, calling itself East Turkmenistan. Still earlier in 1913, Tibet had driven out the Chinese and become independent under the Dalai Lama.

Starting with the Indian independence, colonisation as a rule was ending all over the world, but was rising in neighbouring China in a dangerously aggressive way.

Mao Tse-Tung’s communists defeated Chiang Kai-Shek’s nationalists in 1949, but this regime change was never recognised by the international community as a whole, save for a few nations.

The supporters included India and surprisingly, this friendly policy continued till 1959. First we allowed the annexation of Buddhist Tibet in 1951, then acquiesced to this annexation by keeping up good relations with communist China. The Dalai Lama landed in India in 1959 after the Lhasa Uprising, and set up a government-in-exile. What followed was the India-China border war in 1962.

It will be useful to recall how the Union of Soviet Socialist Republics (USSR) had first brought down the Iron Curtain in Europe and engaged in the Cold War, even invaded Afghanistan in 1979 only to withdraw nine years later. But President Mikhail Gorbachev’s policies ended the Cold War and altogether dismantled the USSR in 1991. Many Soviet republics, including the five Central Asian former khanates, became independent and are now equal members of the UN.

The Berlin Wall came down to unite West and East Germany. Re-organisation also took place in Czechoslovakia and Yugoslavia. But the Chinese are determined to continue an expansionist policy without any obstacle or obstruction from the international community. How long can this open and continued defiance of world opinion continue? Is a Chinese perestroika and glasnost even thinkable?