The court also directed Air India to reinstate Pilots (FTCE) till the period mentioned in their contract agreement and their period of service by 5 years albeit it will depend on their performance and credentials and expects Air India to refund the excess amount back to the Pilots on the Bank Guarantees taken. 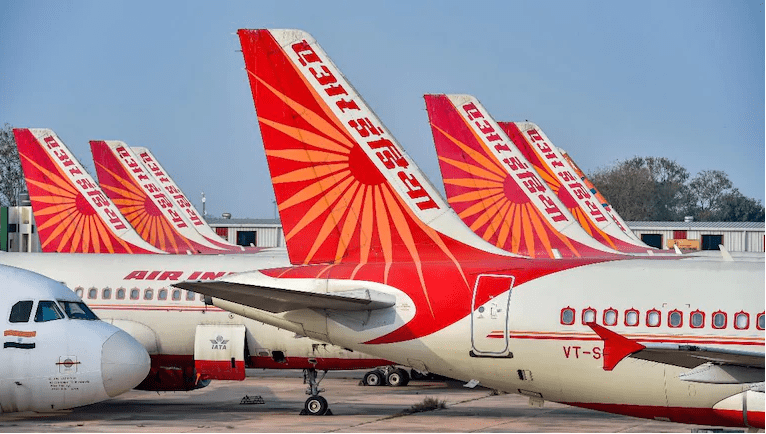 In a rather unparalleled decision, the Delhi High Court on May 1 directed Air India Limited to reinstate its 41 pilots who were dropped by the company last year and pay them the outstanding amount within 6 weeks.

Justice Jyoti Singh of the High Court quashed Air India’s orders pertaining to acceptance of resignation, even after withdrawal of resignation application and directed to reinstate pilots, both Permanent Employees (PE) and the Fixed Term Contract Employees (FTCE) with a continued service even post expiry of the six-month notice period served by them and the pilots (PE) are entitled to wages from the date of expiry of their notice period until they are reinstated. Further, the pilots (FTCE) will be paid wages at par with their counterparts and according to guidelines issued by the Ministry of Civil Aviation and DGCA. It was also mentioned that due to the ongoing pandemic, the Ministry of Civil Aviation issued an order reducing certain allowances, etc. therefore the pilots will not receive what they were receiving before the passing of the said order.

The court also directed Air India to reinstate Pilots (FTCE) till the period mentioned in their contract agreement and their period of service by 5 years albeit it will depend on their performance and credentials and expects Air India to refund the excess amount back to the Pilots on the Bank Guarantees taken.

Pilots (FTCEs) were recruited on a contract basis for 5 years, which could extend to 10 years. Selected candidates were trained for A-320s. The cost of training was recovered from the petitioners in 60 monthly instalments from their salaries. A bank guarantee was also extended by such petitioners. A service agreement and security bond were executed by the employees to cater to the respondent for a minimum period of 5 years and extendable by another 5 years subject to their performances. The FTCE sought directions to release the excess amount taken in lieu of Bank Guarantees.

The case of one of the pilots, he performed his duty with utmost sincerity but the respondent failed to meet its obligations; delayed payments of salary and allowances. Therefore resignation was served by him but on account of positive development, he withdrew it. The respondents accepted the resignation overlooking the fact that the resignations stood withdrawn.

One common contention of Pilots (Both PE and FTCE), according to the rules issued by Directorate General of Civil Aviation (“DGCA”), a pilot is required to serve a 6 months’ notice whenever he/she presents his/her resignation. The resignation tendered is invariable and indisputably prospective. It is a settled principle that an employee has the power to withdraw his/her resignation but before its acceptance or before the expiry of the notice period. The right of withdrawal ceases if the jural relationship ends between the employee and the employer. Since withdrawal was made before acceptance or expiry of the notice period, the respondents had no right to accept non-est resignation.

The counsel for the petitioners stated that the mandate for accepting a resignation is not stilted. It further submitted that there is no statutory rule, regulation, or service condition which restricts the pilots from withdrawing their resignation. It is not essential to extract prior permission from the company to withdraw resignation nor that there exists a provision in the Civil Aviation Requirement (CAR) or rules which mandates a resignations’ approval.

It was argued by Air India that defending its decision, AI had then told the court that after lockdown, 90 percent of the company’s regular pilots are sitting at home as most of its fleets were grounded and faced huge losses of Rs 1300 crore every month. The company was already under immense financial strain and the pandemic affected the financial crisis furthermore. This is because the commercial functions of the Company were reduced. As compared to the pre-Covid level, there has been a significant fall in its operation and it is unlikely to spur in the immediately foreseeable future due to which there are significant losses thereby making the Company financially weak to pay emoluments. Also, the Company is no longer accepting any withdrawals or resignation and the action aligns with the judgment of the Supreme Court Case, 17 SCC 129.

The Court observed that the resignation was accepted after the notice period elapsed. Resignations tendered by petitioners are only prospective in nature as it bears a future date from which it will take effect and therefore cannot be said that the offer to resign was in praesenti. It reasoned that these resignations are “inert, inoperative and ineffective and cannot be said to have caused any jural effect. Keeping all this in mind, the court found their withdrawal legitimate.”

It was further observed that it is not open to Air India to accept the resignation which stood withdrawn by the petitioners. Once the resignation was withdrawn, before getting accepted during the notice period they cease to exist in the eyes of the law and are non-est on the dates, the approval of resignation’s decision was taken. This decision aligns with the dicta of Supreme Court’s cases. If the company’s decision is accepted, the employer will have the power and right to keep the resignation of an employee in perpetuity and will use at its own will thereby making the employees insecure. The Supreme Court has unambiguously stated in its precedents that till the resignation does not become effective or accepted; the employee has a right to withdraw.

Another issue the court dealt with was whether a crisis can be considered a relevant consideration for resignation? It was observed that the state or its agencies under Article 12 of the Constitution cannot claim financial distress as a submission to remove an employee. Article 19(1) (g) and Article 21 lays a fiduciary duty of the state towards its citizens and thus is the duty of the welfare state to secure the livelihood of citizens. Air India tried to add financial distress as a parameter of public interest in CAR, but the court did not allow it. Therefore it is clear that financial crisis is not a relevant consideration for resignation.

Last issue the court answered was whether the employees under a fixed term contract can enforce their contracts of employment or seek extension? The court observed that letters detailing the terms and conditions of the Fixed Term Contract (FTC) were submitted by the petitioners. On scrutinizing, the court deduced that it was initially executed for 5 years and extendable by another 5 years in case they deliver satisfactory performances. The FTC could be terminated in case of misconduct, unsatisfactory performance, etc. Other than the grounds mentioned for termination, it is clear that the intent of the FTC is continued service if satisfactory. Therefore the courts said that the employees under FTC can enforce their contracts of employment and also seek an extension.

The Author is an Advocate, Supreme Court of India.