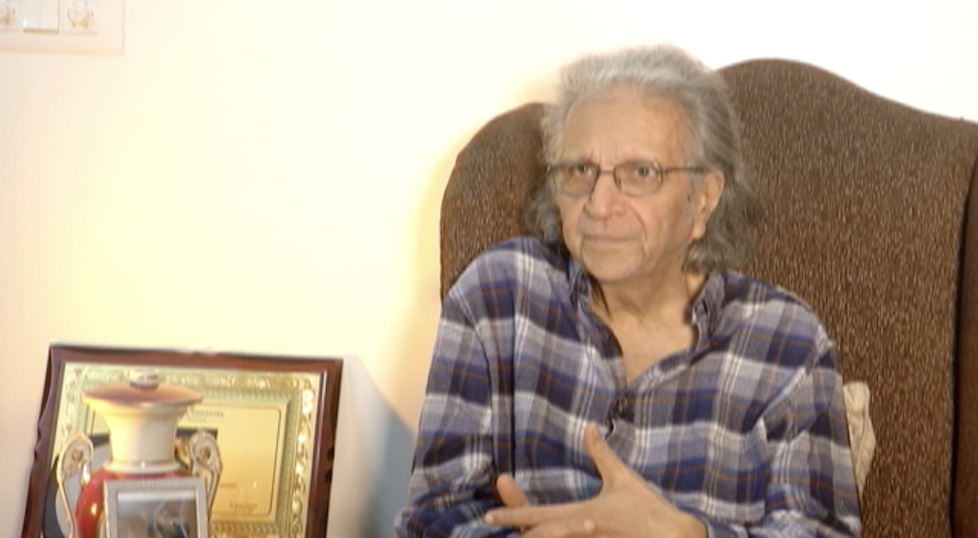 Excerpts from a speech by Professor Upendra Baxi on the Festschrift Release Function at the Judicial Academy, Chandigarh on 14 February, 2020

I am disappointed at not being with you on this occasion of the release of a Festschrift entitled Judicial Review: Process, Powers, and Problems [New Delhi, Cambridge University Press, 2020] edited by Salman Khurshid, Siddharth Luthra, Lokendra Malik, and Shruti Bedi. Shruti has worked tirelessly for this event and I was all set to sail but now stand prevented by a sudden onset of indisposition and a regime of treatment in Delhi.

I am greatly honoured by its release by the learned Justice Surya Kant of the Supreme Court of India and the presence and participation by learned Chief Justice of Punjab and Haryana High Court Justice Ravi Shankar Jha and Justice Jitendra Chauhan. The Chandigarh Judicial Academy proudly belongs to a national chain of judicial academies and is extremely fortunate in securing the guidance of Professor (Dr.) Balram Gupta, an imaginative colleague, who has produced generations of legal luminaries.

While modesty is no longer a postmodern virtue, let me say that I do not fully deserve the honour that Justice Arjan Sikri bestows on me when he writes that my “life is an inspirational” such that “gives meaning to this quote from William Bake” who said “The greatest use of life is to spend it for something that will outlast it”.  I do not wish to deny the wisdom of William Bake (who can?) but I am glad to be able to say that many a young scholar has valiantly and valuably gone beyond (what Professor Amita Dhanda calls in this volume as) “Baxi-an bioscope”.

The massacre of ancestors and de-pedestalization of old icons is a necessary aspect of social change; and without advocating any form of ancestor-worship, perhaps it is useful to remind the oncoming generations that those who have gone before previously have faced similar problems, and their accumulated wisdom may not always constitute a fetter on vertiginous social change. Here, as in many other spheres, the appellate judiciary has valuable lessons for the problems at hand. Their practice of referring to earlier, even comparatively ancient, decisions is to remind us all that – to use Julius Stone’s words– continuity with the past is both a historic ‘necessity’ and a ‘duty’.

The theme of judicial review is well analysed in this book, both from the national and comparative perspectives. And I agree with Balram about the Indian situation when he writes, Lord Denning-like, that “Judicial review is the saviour of the Constitution” and “also the basic structure of an ever-expanding constitutional jurisprudence”.

It is important to recognize that the dissensus concerns not so much the overall goals of the Constitution but some of the ways of interpreting and achieving these. The Indian constitution has since its inception found a way of dealing with political disagreements—namely, human rights adjudication. The entire edifice of judicial review is said, by judges and courts to rest on the faith of the people in the judiciary to understand and implement the constitutional provisions and the spirit animating these.

Here, what is conventionally called ‘non-representative’ network is claiming at least indirectly some representational profile and power. The opening of the space for legitimate (socially responsible) non-representational and altruistic (not self-interested constitutional) politics is a major contribution of the Indian judiciary to Indian life.

But one must also be able to learn from history and comparison. Judicial review power and processes may prove active in the wider interests of the people at large and that is an inestimable blessing of democratic judicial power and wisdom. But we must never forget, that it can in dark times, disempower, disfavour, and deprivilege the demos.

This has been admirably brought out early by Justice Koka Subba Rao whose opinions castigated “statism” in all forms, including excessive delegation of power; and recently by the poignant performance of Justice Dr. Dhananjay Chandrachud overruling Shiv Kant Shukla decision and Justice Rohinton Nariman’s recall of the role of historic and creative moments of dissent in the Apex Court.

Equally recently, Chief Justice Dipak Misra was to remind us all:

“A representative form of government should not become a government by elites where the representatives so elected do nothing to give effect to the will of the sovereign. The elected representatives must not have an ulterior motive for representing their constituents and they should not misuse the popular mandate awarded to them by covertly transforming it into ‘own rule’. The inherent value of public accountability can never be brushed aside” [ Government of NCT of Delhi v Union of India & Another, Para 5 (WWW.LIVELAW.IN. per Dipak Misra, A. K. Sikri, and A. Khanwailkar JJ.; 2018)].

Justice Dipak Misra (and the Court) has inaugurated several new concepts such as “constitutional renaissance”, “constitutional trust” and “pragmatic and purposive interpretation”. These need a massive constitutional gaze and further development but a laudable start, indeed, has been made.

But we must also recall what Yaniv Roznai and Gary J. Jacobsohn have to say, tongue-in-cheek, about the Israeli Supreme Court [pp.163-187]: “… the Israeli case demonstrates how a constitutional revolution can be incrementally brought about by a series of mini-revolutions, deriving their generative force from activist courts. In other words, the judiciary as constitutional revolutionary!” [p.178, emphasis added].

My warmest gratitude to you all, and the distinguished contributors to this volume.

Did you find apk for android? You can find new Free Android Games and apps.
Share
Facebook
Twitter
Pinterest
WhatsApp
Previous articleJustice Banumathi faints in SC during hearing in 2012 Nirbhaya case
Next article“Take your money”: Vijay Mallya to banks outside London court