Dushyant Chautala: The man who heralded Haryana on path of reforms 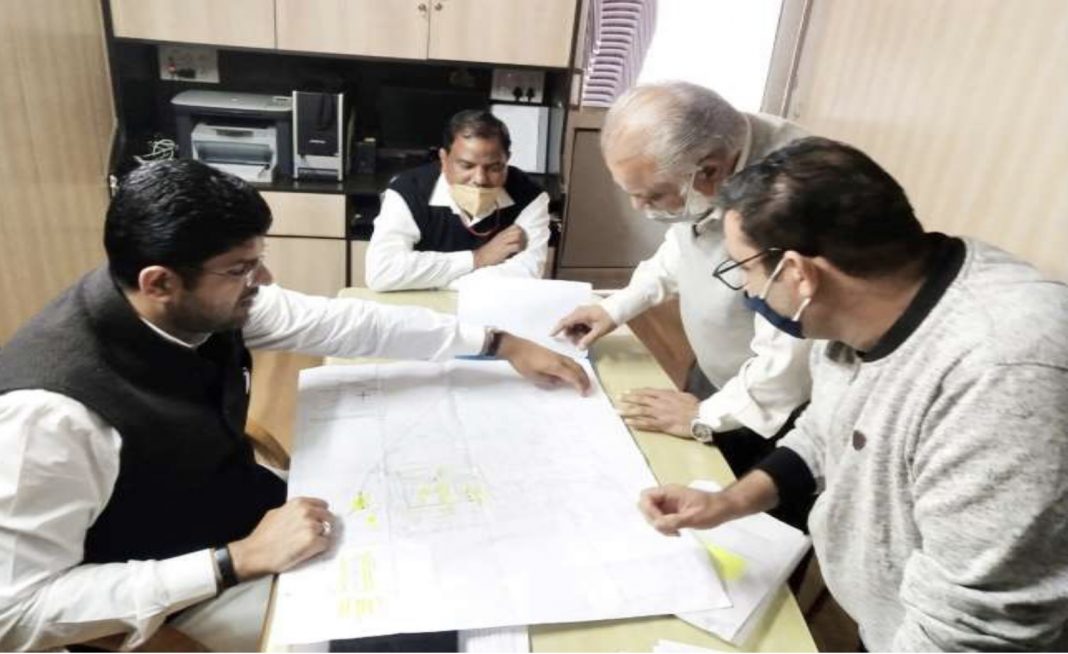 Political equations in Haryana saw a shift after many decades when coalition government came into existence in 2019. India saw a rise of young and promising leader Dushyant Chautala who became part of the ruling Government with the sole objective of reforms and development of the state. For decades, reforms used to be the sole responsibility of bureaucrats and economists, very rarely it was carried out by a leader who is connected with the masses. Dushyant has changed this system and brought reforms to the center of public discourse.

Over the decades what Haryana has truly missed is having a leader who is connected to masses and is a genuine reformer by conviction. Last three decades Haryana progressed but the real opportunities of employment, wealth and local issues were somehow neglected and a big game of conversion of land uses for benefit of party leaders and their associates were carried on in the state.

Haryana always chose leaders on caste equations. Those leaders benefitted specific groups but not public at large i.e. the common man. Haryana faced huge challenges in terms of employment, women participation in the main stream, child sex ratio, misgovernance at Panchayati levels. Dushyant came with a promise to work on these very basic issues and included them in his party manifesto. For him, governance started on the day when he joined the office of the Deputy Chief Minister of Haryana and the very first day he directed the concerned officials to prepare a blue print of how to implement these promises. Accountability was fixed and every week review meeting of the concerned ministries started in the Secretariat at Chandigarh. Bureaucrats were on their toes to fulfil the reform agenda which looked almost impossible in the given timelines.

Dushyant started reforming with the most challenging task of lowering the 33.5% unemployment rate of the state and to counter this, an act was needed so local youth gets the employment opportunities. Amidst challenges posed by COVID – 19 pandemic the bill was passed by the Haryana assembly in the month of November – 2020 to reserve 75% of private sector job in the state for bonafide Haryana residents. Within an year of his government he fulfilled the biggest manifesto promise and removed the blockage and denial of employment opportunities to the local youth in the industrial units set up in Haryana. Not only this, to make the youth empowered and eligible, he promised to set up skill development centers in and around the industrial pockets. Major industrial houses of the state were consulted before bringing this bill and everyone believed in his leadership of taking everyone along.

Another landmark bill to improve governance on the ground was introduced by Panchayati Raj Department under him. The Haryana Panchayati Raj Bill, 2020 passed in the state assembly with a clear aim of increasing the accountability to the voters. It provided for the right to recall members of Panchayati Raj Institutions to those who elected them. It also allows recall of Village Sarpanchs and members of Block Level Panchayat Samitis and District level Zila Parishad if they fail to perform. Dushyant delivered a straight message – “Perform or Perish”.

Haryana inherently carried a taboo of ignorance of women rights and their representation along with a poor sex ratio. Many leaders talked about it, but Dushyant acted and introduced a bill for 50% reservation in Haryana Panchayat elections. He had a clear intention to infuse confidence and empower women in the state. To encourage women further, top 100 women Panch, Sarpanch and Zila Parishad women members were given Honda Scooties for their effective governance.

In order to boost the industrialization in the state, adjacent lands of 1200 Acre of Hisar Airport was proposed to be set up as an industrial township and in order to connect these industries work on taxi way and Runway Extension of Hisar Airport was started on war-footing basis in 2019. Today Air Taxi is a reality in Hisar and operations have begin where Chandigarh and Dharamshaala flights cost less that ₹2000/- (Rupees Two Thousand Only). His clear aim was to give better connectivity to Hisar and encourage Industrialization. In a very short time, 26 other stations will be connected through Air Taxi. Through one arrow Dushyant has hit on Industrialization, Tourism and Employment. One constant feature of Dushyant’s governance has been how he is making different sectors connected by involving various market forces.

Today, when a local youth gets employment, a women gets representation and industrialists get connectivity and safe business environment, a common man gets the power to recall the representative he elected, it is because of a reform process of governance which is displayed in a very short span of one year.

Politicians are often blamed for not being able to foresee the second and third-order effects. However, dushyant’s legacy contains reforms which have positive long term corollary.

The Author is an Advocate in Supreme court of India & National Spokesperson of Jannayak Janta Party.