The June 2 mayhem which left 29 dead shows how political patronage can embolden a self-proclaimed cult and its leaders to occupy public property, break the law and resort to the use of illegal arms.
By Kumar Rajesh

Residents of Mathura are still to get over the mayhem that was unleashed in the heart of this bustling temple town on June 2. What transpired not only shocked the entire nation but also brought into focus the violence that can result when members of a crazed cult enjoying political patronage take the law into their own hands. On that eventful June evening, things took an extreme turn when the Uttar Pradesh police stormed Jawahar Bagh—a 280-acre public park—to evict some 2,000 squatters who were illegally occupying it for the last two years.

The police action was the result of an Allahabad High Court order which directed the state government to clear the park of the encroachers. But those occupying the park chose to take on the men in khaki who they saw as veritable intruders into their rightful land. In the violence that ensued, 29 persons were killed, including a superintendent of police and a station house officer.

Several hundreds were injured. The police party, by all accounts, was ill-equipped and caught unaware by the hostile reception it encountered.

At the center of the sordid episode was the self-proclaimed cult calling itself the Swadheen Bharat Subhash Sena—referred to locally as the Bose cult or Subhash cult.

Its leader, Ram Vriksha Yadav, who died in the violence, is better remembered in Mathura as a militant maverick
with crazed and exaggerated notions of himself and the powers of his cult than for any signs of spirituality.

He considered himself a revolutionary king inspired by Subhash Chandra Bose. Yadav’s many ridiculous demands reflected his warped and demented persona. These included: making petrol available at `1 a liter; bringing gold coins back into circulation; imposing the rule book of Bose’s Indian National Army (INA) as law; re-issuing currency notes used by the INA and banning the consumption of non-vegetarian food.

But how did Yadav and his band drop anchor at Mathura’s Jawahar Bagh? He was apparently marching with his followers to Delhi to raise the cult’s bizarre demands at Jantar Mantar when he decided to halt at Mathura for a few days. That was in 2014. Ram Vriksha Yadav and his Bose Sena decided to stay on and began calling Jawahar Bagh their home. Soon, many cult members had their families joining them.

Mahatma Gandhi, who propagated the concept of self-sufficient village economies as an ideal to be pursued, would have been appalled to see his dream being distorted into a dictatorial nightmare by the Bose Sena. Ram Vriksha Yadav ran his commune with an iron hand and his followers were brainwashed into believing that they were insulated from the rest of the world and were a law unto themselves. The commune at Jawahar Bagh could not have sustained itself for two years without political patronage and administrative backing.

“Ram Vriksha Yadav was running a parallel government, complete with administration, revenue and armed force, within the park since 2014. This is not possible without executive/legislature support,” argued Kamini Jaiswal before a division bench of the Supreme Court, constituting Justices PC Roy and Amitava Roy. She was representing the petitioner, Ashwini Kumar Upadhyay, who had filed a PIL seeking a CBI inquiry into the Jawahar Bagh mayhem. “A CBI inquiry is necessary to find out the root cause of the Mathura incident and nexus among the executive, legislature and the extremist group. The Union government is ready for the CBI enquiry of the Mathura incident but the Uttar Pradesh government is not recommending it,” Jaiswal told the bench.

She alleged that the encroachers had political backing and the state police would not be able to conduct a free and fair probe into the case. Her burden was that the head of the cult was close to some powerful politicians and the Mathura administration had intentionally not taken action against the Bose Sena. She pointed out that the police sprung into action only after the High Court order. Though the apex court directed the petitioner to approach the High Court first, those who know UP politics confirm much of what was presented before the Supreme Court bench.

The preliminary report submitted by the state government to the center on the incident is revealing. A police contingent led by SP Mukul Dwivedi (who was among the two officers who died in the operation) had gone to Jawahar Bagh on June 2 when it came under attack. The report noted that 47 country-made pistols, four rifles, hundreds of cartridges and explosives were later recovered from the Bose cult camp. How could arms have been sourced by Yadav and his followers without the knowledge of the local police and state and central intelligence?
Very clearly, the illegal occupation of Jawahar Bagh could not have happened without powerful political backing.

This was not an individual or a family encroaching into a small plot. It was 2,000 people (some estimates put this figure at 3,000) occupying 280 acres of government property and running a township within Mathura! That leads us to the obvious question: Why didn’t the Mathura police and administration act against the cult for two long years?
The answer is fairly simple. The cult and its leader had the “right” political connections. And this nexus, many will aver, are manifestations of social and moral degradation that is not symptomatic to UP alone but the entire country.

Post-Mathura, accusations are flying thick and fast. BJP president Amit Shah has demanded that Mulayam Singh Yadav, the Samajwadi Party chief, sack his brother and UP PWD minister Shivpal Yadav for alleged links with Ram Vriksha Yadav. Another BJP leader and a central minister, Uma Bharti, told a TV channel: “Ram Vriksha was killed as he could have spilled the beans about his links with Samajwadi Party leaders.” Ram Vriksha had reportedly campaigned for senior SP leader Ram Gopal Yadav’s son and Ferozabad MP Akshay Yadav.

A diametrically opposite criticism is aimed at the BJP. It is alleged that it had encouraged and trained Bajrang Dal activists to infiltrate the Bose cult and they were responsible for triggering the violence. The aim: to tarnish the image of the ruling Samajwadi Party government ahead of assembly elections in 2017.

Whoever was responsible for the violence must be punished. Also, those who patronized Yadav and his cult must not be let off the hook. It is said that those who forget history are condemned to repeat it. One can only hope that the Mathura mayhem is not conveniently forgotten without any lessons learnt.

Also, spare a thought for the 23 children orphaned in the violence. Their tears have their own story to tell… 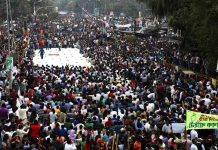 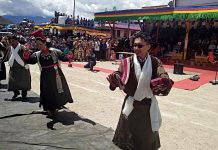 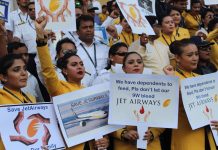