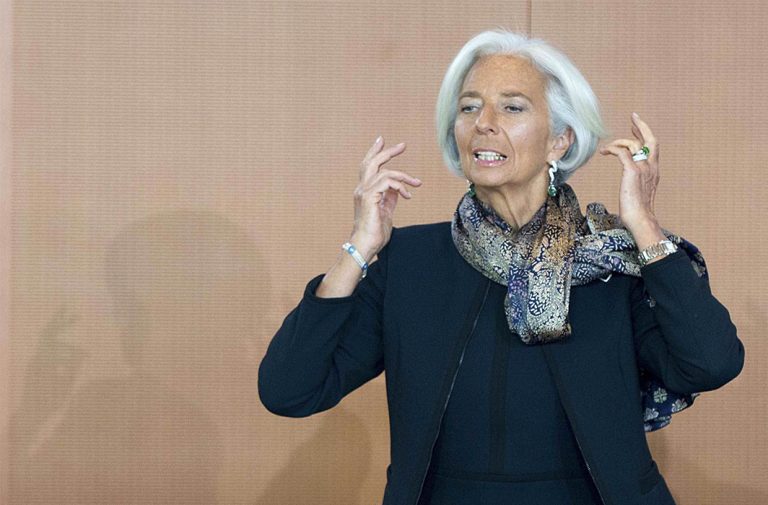 The former finance minister of France was convicted of negligence, but a special court did not sentence her

Had Christine Lagarde been an Indian politician, the opposition parties would have cried hoarse about her ‘corruption’, and they would have demanded that she should step down as the director of the International Monetary Fund (IMF). But nothing of the sort has happened.

A special French court found her guilty of negligence but it did not sentence her. It is indeed a peculiar conclusion, where one stands in the unmarked territory between innocence and crime. Most of the time many individuals find themselves in such a situation, and it seems that the French judicial system recognizes the situation.

The case goes back to 2007 when she was the finance minister of France, the first woman to hold the office. Nicolas Sarkozy was the president. It was also the time when the global financial crisis broke out, and it has not yet ended.

The charge against Lagarde was that she did not appeal against an arbitration award of 403 million euros to tycoon-turned-politician Bernard Tapie, 73, over his majority stake sale in sportswear Adidas. He got the arbitration money because he accused French bank Credit Lyonnais, which was partly state-owned, of undervaluing his stake in Adidas.

The interesting part of the Lagarde case is the composition of the special court called the Court of Justice of the Republic, comprising three magistrates, six senators and six members of the National Assembly. Lagarde had chosen to face the trial, and she freed herself from the immunity clause of the IMF because the case referred to a time before she became the chief of the world body. And, at the beginning of the trial, she was asked whether she would like to exercise her right to be silent. She said that she would not remain silent but she would defend herself and prove her innocence.

The president of the court, Judge Martine Ract Madoux, said the reason the court did not sentence her was keeping in view the role Lagarde played as finance minister in responding to the global financial crisis. As a result, though the court convicted her of negligence, it said that it would not be treated as a criminal record. It found that she was not guilty of referring the issue to a private arbitrator, but it was indeed negligence that she did not go in appeal against the arbitration award. The fact that the arbitration award was quashed by another court showed that there was no loss to public funds. As a matter of fact, she was liable to a punishment of a year’s imprisonment and a fine of 15,000 euros.

Christopher Baker, one of Lagarde’s lawyers told Associated Press (AP): “There is no sentence which means there’s no record of this. The result of the last five years is nothing, which leaves us in kind of a complicated and strange situation.”

The IMF board would meet to decide on the verdict despite the feeling that she enjoys the confidence and support of the shareholders and country-members of the fund. Speculation is, however, rife that former Reserve Bank of India governor Raghuram Rajan is the lead contender to succeed Lagarde if the IMF board finds it necessary to replace her.