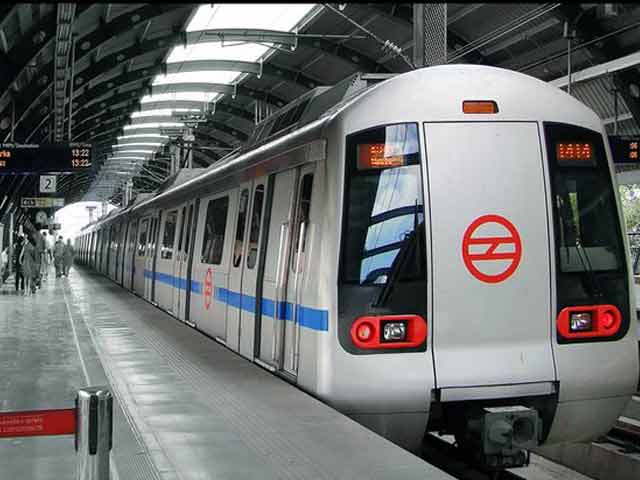 The Supreme Court on Monday while giving the verdict regarding the construction of the fourth phase of DMRC (Delhi Metro Rail Corporation) said DMRC will have to take the permission of the Chief Conservator of Forests and the Environment Ministry regarding the issue of trees for the construction of the fourth phase of the metro project. The Supreme Court had reserved its order November 11after hearing the petition of DMRC.

The bench comprising of Justice L. Nageswara Rao, B.R. Gavai and B.V. Nagarathna directed the Delhi government to prepare a comprehensive plan for planting trees and saplings in Delhi and submit a compliance report.

The bench also asked the government to ensure a plan to increase greenery by involving NGOs, local people and students in planting trees in the city.

In fact, DMRC has pinned down more than 10,000 trees will have to be cut to build DMRC’s Janakpuri RK Ashram, Maujpur-Majlis Park and Aerocity-Tughlakabad Corridor. If these are not allowed to be cut, then the work of the fourth stage will be hindered.”

“In the report of the Central Empowered Committee, it was said that there is no proposal to cut the proposed trees. Therefore, there is no need for the approval of the Forest Department.”

On the previous day of hearing Solicitor General, Tushar Mehta appearing for DMRC submitted that, if he has to go under the Forest Conservation Act for the clearance then it is going to take one and half years and meanwhile there will be escalation in the price of the project and so let the opposition pay the escalated amount of the project.

The bench had told the Solicitor General that he has to get clearance and a proper time frame will be given to the Union of India to give clearance for the same. At the same time the bench denied to accept the submissions made by CEC that all trees are not forest.

Justice Rao remarked that the bench will not accept such submissions as it carries huge consequences along with it and who is to decide whether the trees are natural or planted; it will lead to huge chaos if they accept the submissions made by CEC.

Solicitor General submitted further that the Forest Department of Delhi Government will be undertaking compensatory plantation and the cost of raising 34000 saplings will be deposited in advance by DMRC.

Amicus Curiae, advocate A.D.N. Rao submitted that if the DMRC gave an undertaking that let the court decide whether the area of 5.33 km was forest or non-forest and the court found that it was a forest area then forest clearance, compensatory afforestation and payment of money would be needed.

One reaches airport in 21 Minutes from New Delhi, Metro reduces pollution and caters to a large number of commuters, submits the amicus curiae.