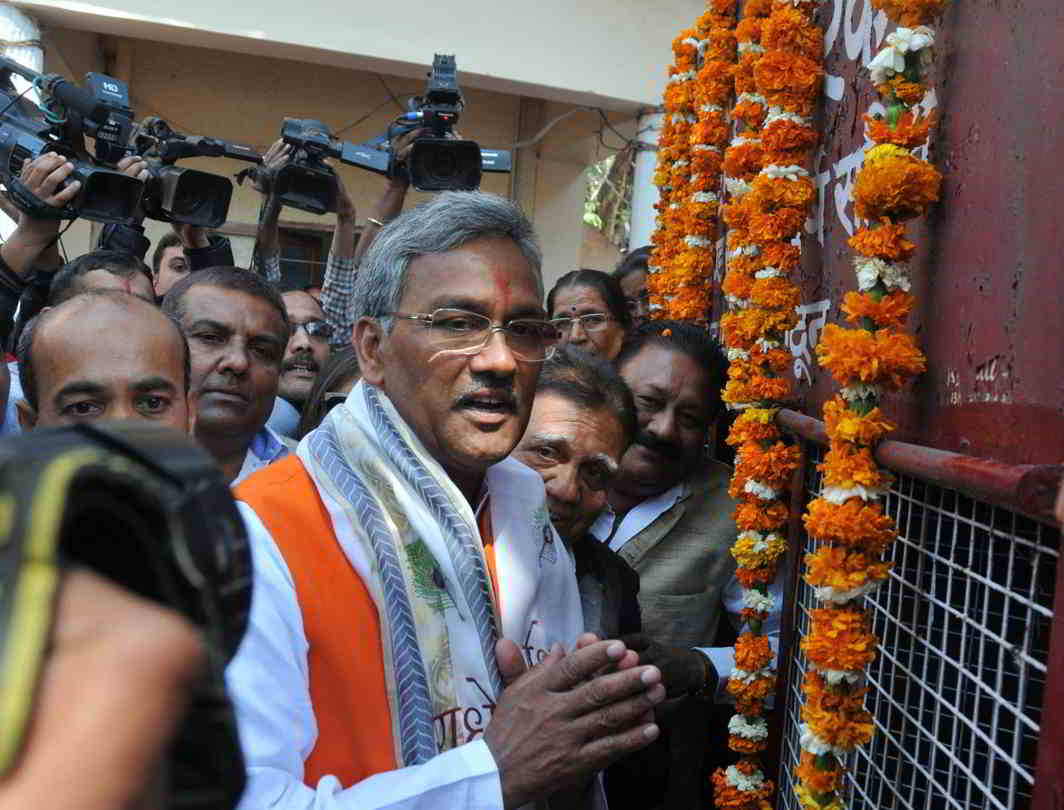 The bench comprising Justices Ashok Bhushan, R. Subhash Reddy and M. R. Shah, while issuing notice, directed the respondents to file their reply within a period of 4 weeks.

Attorney General KK Venugopal, appearing on behalf of Uttarakhand CM Rawat, submitted that the Chief Minister was not a party in the case before the high court, despite that, it ordered a CBI probe. He further submitted:

“This is against Supreme Court verdicts which disallow destabilizing the government as such verdicts demand resignation of the CM, which is happening.”

Pointing out that the high court took up the case without issuing a notice to the Chief Minister, Venugopal submitted that the Shivakumar case states that an investigation cannot be made against a person who is not a party to the case. Moreover, the high court had mixed up all the grounds. The person against whom FIR is registered is bound to be heard, especially in case of a person who holds a public office.

The AG further submitted that the question that arises in the present case is whether the high court could have passed an order directing investigation without providing a reasonable opportunity for being heard. The impugned order directing inquiry and investigation in a case where not even a complaint has been lodged is against the principle of natural justice, added AG Venugopal.

Senior Counsel Kapil Sibal, appearing for the original petitioner (Umesh Kumar) in the High Court, submitted that the matter is serious and there are WhatsApp messages from CM and there are bank statements linking to the Uttarakhand CM.

“The High Court took up the issue suo motu and no complaint had been filed by the petitioner. The CM was not made a party to the case and everyone was taken by surprise.”

Sibal said that the matter may be admitted and there was no objection from their part if the court stayed the investigation for the time being.

The Uttarakhand High Court on October 27 directed the CBI to start a probe against Rawat on a bribe allegation made by two journalists. Thereafter the Chief Minister moved the Supreme Court, challenging the high court’s order.

The allegation made by the two journalists — Umesh Kumar Sharma and Shiv Prasad Semwal – was about a bribe that the Chief Minister and his associates had allegedly taken. The allegations were made in a report they had uploaded on a social media platform. The immediate response from the government was an FIR in their names. The journalists then moved the high court for the quashing of the FIR.

“Considering the nature of allegations levelled against Trivendra Singh Rawat, the Chief Minister of the State, it would be appropriate to unfold the truth.”