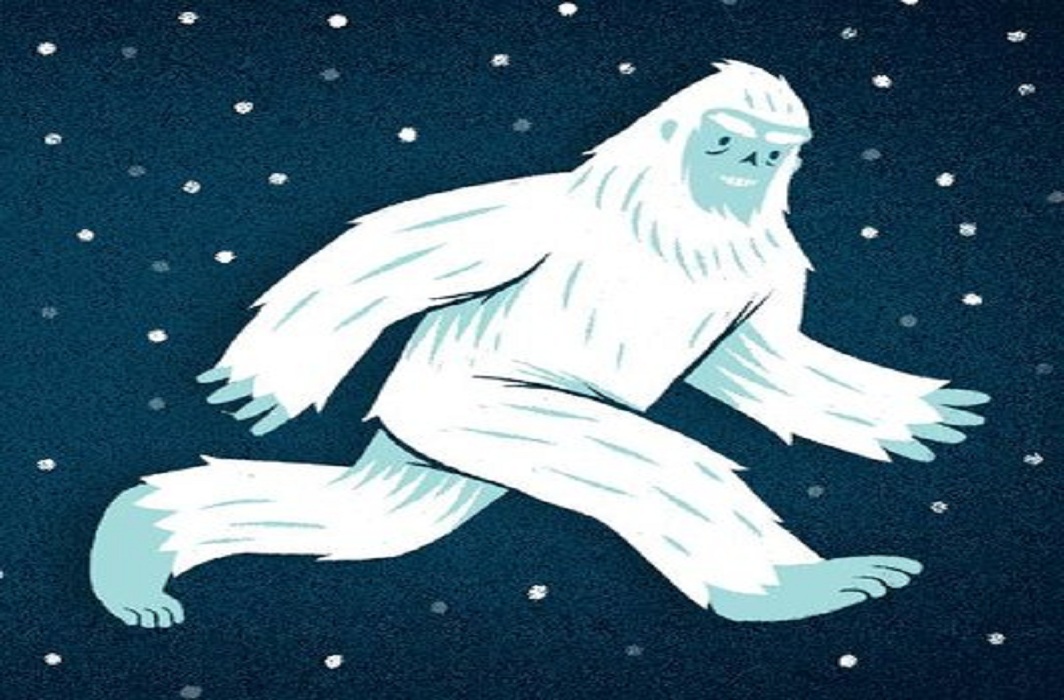 Is it Superman? A slothful bear, a Himalayan fantasy or just a privacy-obsessed primate? No one quite knows but thanks to our hawk-eyed soldiers guarding our snow-covered flanks, the Yeti, also known as the Abominable Snowman, has put his big foot where the myth is, reigniting the debate on whether it is, like the Loch Ness monster, alive and still making great strides. Scientists, professional television debaters and other unidentifiable objects have joined the circus and come up with their own theories on who could Bigfoot really be. Excerpts:

Scientist: You see, these unidentifiable objects, we call them UFOs, are meant to conceal the true nature of materials and the origin of the species. As Darwin expounded…

TV Regular (raising his hand): Let’s not get carried away with this scientific gobbledygook. I say we need to just follow the oversized footprints and see where they lead us. After all, this is in the middle of voting for a general election and lots of claims and counter claims are being aired…

Unidentifiable object (handlebar moustache bristling): Are you suggesting this is fake news? This is the Indian Army which I served in for many years, and they will not cook up a story just for publicity.

TV Regular: I am suggesting that snow blindness is a proven fact and the soldiers may have seen a Himalayan bear and got carried away…

Unidentifiable object: The Army has not reported any missing soldiers.

TV Regular: I meant they saw a bear and mistook it for Bigfoot.

Animal Expert: Bear with me because this requires a lengthy explanation. Now, Ursus arctos isabellinus, which is the scientific name for the Himalayan brown bear, is a bellinus mammal which has made giant strides in terms of evolution of the species. It is possible that the soldiers disturbed it while hibernating and started hallucinating…

TV Regular: There is a simple explanation, if I may be permitted to quote from the work of a fellow journalist Mark Tully. He described the Indian bureaucrat as the Abominable No-Man for their resistance to change. It is possible one of them may have been dispatched to the border to throw snowballs at the enemy and claim a major diplomatic victory.

BJP Spokesman: There is only one person who can create such giant footprints and stand alert at our borders to repel any sneak attacks by you know who. His imposing size and chest measurement may easily lead those who are in the vicinity to mistake him for a mythical giant. He was probably there on the border to scare the Chinese into changing their stand on Masood Azhar.

Congress Spokesman: Rubbish. He is the abominable Namo. We believe that this myth about the Yeti is as incredible as the one being built around Narendra Modi, a myth which will have a meltdown on May 23, when the final results are declared. On the other hand, or foot, the man who has grown in stature is Rahul Gandhi. His footprint now spans the entire country and he has made giant strides, politically. Even in the remote Himalayas, he is melting hearts and raising his profile. It is possible the soldiers saw him as a giant figure emerging from the mist…

Scientist: Gentlemen, I think you have missed the point. Neti neti, as Hinduism so wisely describes such phenomena, not this, nor this and neither that.

Voter in audience: Sounds like all the election speeches I have been hearing.

Scientist: All this snowstorm being created over the size of one footprint, and a tweet from the Army.

BJP Spokesman: No one should question the Army.

Congress spokesman: There is a limit to this false nationalism the BJP is peddling, scientists from all over the world have said that the Yeti is a myth and one more footprint in the snow does not disapprove the myth.

Voter in audience: I am growing weary of these myths. First it was achhe din, then 15 lakh in my bank, then sabka saath, sabka vikas, and the biggest myth of all, opposition unity. This Yeti is yet another.

TV regular: I’ve solved the mystery. There is a new phenomena, a giant, invisible man we have been hearing about lately who is there to guard our life and liberty and also our Himalayan frontiers. That’s what the Army probably spotted.