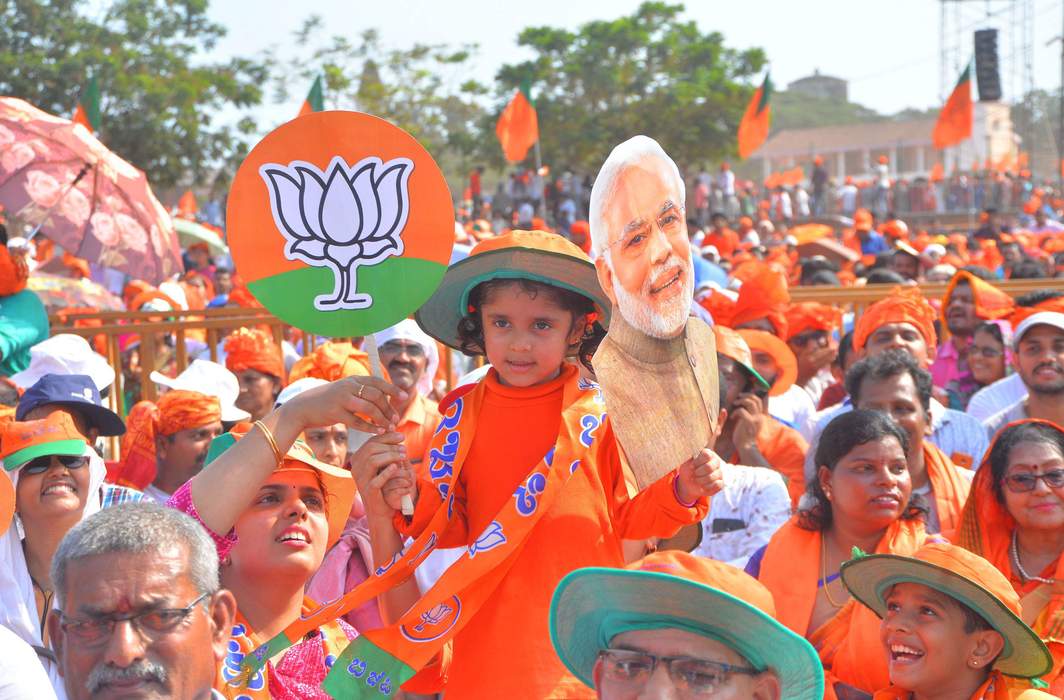 Removing the limit on expenditure by candidates will not ensure equity and a level playing field and cannot alone bring in electoral integrity. The need of the hour is major reforms

The Representation of the People (Amendment) Bill, 2014, was introduced by Congress MP Rajeev Gowda on the ground that the ceiling on election expenses ends up being counterproductive and encourages candidates to under-report their expenditure. The Rajya Sabha discussed this private member’s Bill recently. The amendment sought to remove the limit on expenditure by candidates during an election. There was both support and opposition to it in the Rajya Sabha.

As of now, a candidate contesting polls in major states can spend up to Rs 70 lakh in the Lok Sabha election and Rs 28 lakh in an assembly election. In Manipur, Meghalaya, Mizoram, Nagaland and Tripura, it is Rs 70 lakh and Rs 20 lakh, respectively, while in Arunachal Pradesh, Goa, Sikkim, Andaman & Nicobar Islands, Chandigarh, Dadra & Nagar Haveli, Daman & Diu, Lakshadweep and Puducherry, it is Rs 54 lakh and Rs 20 lakh, respectively. The consensus is that the limit of Rs 70 lakh is adequate. But the question is: “Where can an ordinary person bring Rs 70 lakh from?”

This issue becomes important in the context of the 2019 Lok Sabha election being seen as the world’s costliest. Around Rs 55,000 crore or $8 billion was spent during this election, according to a report by the Centre for Media Studies (CMS). This is more than the US presidential election of 2016 that, according to the Centre for Responsive Politics, saw an expenditure of about $6.5 billion. India’s polling exercise, involving over 90 crore voters, spanned 75 days and involved extravagant rallies, widespread advertising and social media campaigns. All of which comes at a huge cost.

The report suggests that the maximum amount—roughly a third of the total expense—was spent on campaigning and publicity. The second big expenditure head was putting money directly in the hands of the voter. CMS estimates that roughly 25 percent (about Rs 15,000 crore), was distributed among voters, illegally. “This practice is not new, but the extent it happened in 2019 was significant and has become part of the overall strategy of most parties,” says the report.

The New Delhi-based research organisation admits that this is only a fraction of what actually would’ve been spent. CMS criticised the Election Commission (EC) for its inaction despite the exorbitant election expenditure. “Huge rallies and fanfare” seen during campaigning indicated high expenditure which were “in violation of codes and ceilings”, the report said. “And yet, nowhere anyone was issued notice or reprimanded.” CMS recommended that the EC should take an open review of election expenditure across states and put the data out in public.

The catch here is that while individual candidates have their expenditure limits, political parties have none. This is what Section 77 of the Representation of the People Act, 1951 (RP Act) says: “Account of election expenses and maximum thereof: (1) Every candidate at an election shall, either by himself or by his election agent, keep a separate and correct account of all expenditure in connection with the election incurred or authorised by him or by his election agent between the date on which he has been nominated and the date of declaration of the result thereof, both dates inclusive…. (3) The total of the said expenditure shall not exceed such amount as may be prescribed.”

Political parties get exempted from the ceiling by default. As is known, any expenditure by the party is meant for the candidate it has fielded in that election. With electoral bonds adding to their coffers, the ruling BJP is supposed to have spent over Rs 25,000 crore in the last parliamentary elections where it contested 383 seats. That means that the party spent about Rs 64 crore on each candidate. Even 50 percent of this amount seems scandalous.

However, in the 2014 election, the BJP is stated to have spent Rs 30,000 crore. Under these circumstances, what is the meaning of an expenditure ceiling of Rs 70 lakh per Lok Sabha candidate?

Be that as it may, election expenditure can broadly be divided into two categories. First is the legal expenditure, which is allowed under the law for electioneering, subject to it being within the permissible limit. This would include expenditure connected with campaigning, which is spent on public meetings, public rallies, posters, banners, vehicles, advertisements in print or electronic media and such variables.

The second is on items which are not permitted under the law, e.g., distribution of money, liquor, or any other item given to the electors with the intent to influence them. This expenditure comes under the definition of “bribery” which is an offence under the IPC and RP Act. Under this category also comes surrogate advertisement, paid news and social media. Expenditure on such items is illegal.

For the first category, it must be ensured that all election expenditure on permitted items is truthfully reported and considered while scrutinising the expenditure account submitted by the candidates. The second category of expenses will never be sincerely reported by political parties/candidates. Social media expenditure tends to be underreported, if at all, especially by candidates. The system should be robust enough to catch such expenditure as well and initiate penal action.

Regarding excess election expenditure being treated as a corrupt practice, the Supreme Court said in Kanwar Lal Gupta vs Amar Nath Chawla: “The object of the provision limiting the expenditure is twofold. In the first place, it should be open to any individual or any political party, howsoever small, to be able to contest an election on a footing of equality with any other individual or political party, howsoever rich and well financed it may be, and no individual or political party should be able to secure an advantage over others by virtue of its superior financial strength….The other objective of limiting the expenditure is to eliminate, as far as possible, the influence of big money in the electoral process. If there was no limit on expenditure… the pernicious influence of big money would play a decisive role in controlling the democratic process in the country….”

According to Section 78 of the RP Act, every contesting candidate is required to lodge a true copy of the account of his election expenses with the district election officer within 30 days of the declaration of the election result. Failure to do this without good reason or justification may result in disqualification of the candidate concerned by the EC under Section 10A of the Act.

In LR Shivaramagowde vs TM Chandrashekar, the Supreme Court held that the EC can go into the correctness of the account of election expenses filed by the candidate and disqualify him under Section 10A of the Act in case the account is found to be incorrect or untrue. Exceeding the prescribed ceiling of expenditure can be a ground for an election petition against a winning candidate.

How does the EC check poll expenses? Expenditure observers appointed by the EC have been tasked with ensuring constant vigilance of the campaign expenses of candidates. Flying squads are deployed in various places and static surveillance teams have been posted at inter-district checkposts for surprise inspections. A video surveillance team is also in place to record footage of meetings, processions and other programmes.

The EC also directs candidates to get permission from the district administration prior to holding campaign programmes and to submit expenditure plans in advance. Every single item to be used in electioneering by a candidate has a price fixed by the EC to check abuse of money power. Even the price of a candle has been fixed at Rs 10 per piece.

Despite such procedures, provisions of law and Supreme Court judgments, the EC has not been able to rein in vulgar election spending by candidates and political parties.

On July 13, 2014, a full coram of Chief Election Commissioner VS Sampath and Election Commissioners HS Brahma and SNA Zaidi did attempt this in Dr Madhavrao Kinhalkar & Ors Vs Ashok Shankarao Chavan in which a show cause notice was ordered in terms of Rule-89(5) of 1961 to disqualify Chavan under Section 10A of the RP Act.

But within weeks, on September 12, 2014, this order was set aside by the Delhi High Court on some technical grounds. With one stroke, the EC was rendered ineffective in enforcing provisions of the RP Act which had been upheld by the Supreme Court.

So the ravaging of the electoral process goes on unabated, with equity and a level playing field remaining elusive. Removing the ceiling on a candidate’s election expenses alone cannot bring about electoral integrity. The remedy lies in stringent holistic measures like countermanding elections and removing appeal provisions in High Courts. The need of the hour is major electoral reforms and severe restriction of expenses by political parties.

Lead picture: The amount of money spent during the 2019 Lok Sabha polls by political parties was unprecedented