The big talk about huge loans being given to this sector is no more than just that, big talk. It seems India has patience only for multi-billion dollar organisations and not for those who provide sustenance for most of the workforce of the country. 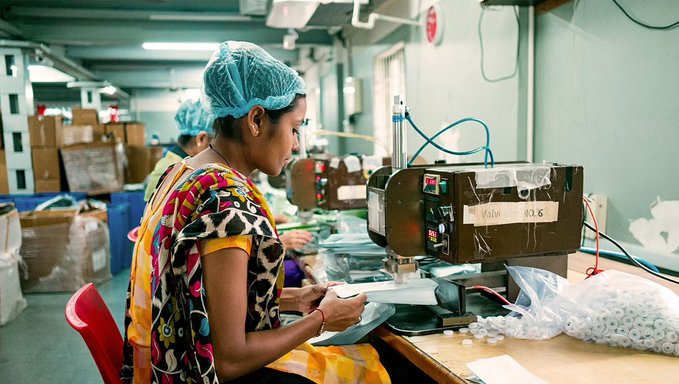 MSME in India is the most neglected among all business sectors. Everybody is aware of this, yet no substantial steps have been taken so far to ameliorate the pains of this sector that employs over 11 crore Indians (the largest, after agriculture), accounts for 95 percent of all industrial units and nearly 50 percent of exports.

Invest India, The National Investment Promotion & Facilitation Agency of the country, for example, boasts that “development of this sector, thus, holds key to inclusive growth and plays a critical role in India’s future.” And yet, there is little to show that this organisation has done any quality work in streamlining this sector, or to secure for it easy and low interest loans from banks. The big talk about huge loans being given to this sector is no more than just that, big talk. So is the talk about assuring for them payments from larger companies they supply to, including government agencies, such as the Railways.

Nobody wants this responsibility, yet the disgusting way in which banks and other official agencies treat small unit owners is to be seen to be believed. The government, apparently, cannot see this. The attitude is so pathetic that small unit owners, who often put their life’s savings, including household gold, on the line to save their businesses and their employees, come to believe that the government actually wants them to shut shop and just disappear. It seems India has patience only for multi-billion dollar organisations, not for those who provide sustenance for most of the workforce of the country.

Think of the complete stupidity of identifying credit worthiness of an MSME unit in utter distress, going only by the credit score of its proprietor. An owner who has suffered through this pandemic and general slowdown of the economy and has taken a gold loan as a last ditch effort to save her company and her employees, is being asked to show a credit score of 700 and above just to be eligible. This is utter nonsense and sheer insensitivity. Believe me, this is the same yardstick used when the proprietor wants to mortgage his/her house for a loan. Repayment history seems to be important in a situation where the very existence of the unit and the company is at stake, where jobs will just disappear.

Let us put this in perspective. A loan can save only that much pain. An entrepreneur can only use the loan towards manufacturing for a client. The entire system of a loan is viable when the client pays up on time. This is a critical issue that has not been addressed at all. Even large government organisations, such as the Railways and even the department of defence have deferred payments, virtually crippling the small manufacturer.

What is the way out? One argument is that since big business is killing small ones by delaying payments, a strict law is needed with tough penalties. Technically, as per laws of the day, payments to SSI units cannot be delayed beyond 30 days. In case of delay, an interest is payable and audit reports will mention such transactions. While this sounds very pro­active, it is actually pretty counterproductive in many cases. It is the very fear of such pressure that makes many industries avoid direct procurement from SSIs, involving an intermediary instead. This means that the SSI unit actually becomes a sub-contractor, losing its power to enforce any law on the major industrial house or organisation.

That is the first hurdle. While huge economic value is locked up through the culture of delaying payments to vendors, even governments don’t pay their suppliers on time. It is true that big organisations delay payments to smaller suppliers and make them sign backdated receipts. Also, amounts are deducted on flimsy grounds.

There is also this provision of the Micro, Small And Medium Enterprises Development Act, 2006, that warrants a 45-day payment cycle from the date of delivery/acceptance. The government has stressed on this and Finance Minister Nirmala Sitharaman has also insisted that this is a breakthrough. It should have been, except that it is not. There is no way this can be enforced in real time.

There is school of thought emerging that says that it would be nice to have a portal where suppliers can anonymously rate and rank companies by the timeliness of their payments. Those scoring below the threshold will be blacklisted from government contracts, bank loans, approval for new projects etc. But this has inherent problems. With a little bit of hacking, the identities of these registered SSI units can easily be verified. Plus it has to be scam proof. More important will be government institutes like the Railways vetting big suppliers on their record of payments to smaller units.

There is an international process by which top luxury labels can assure that workers at small units in other countries have been doing ethical employment and not running a sweat shop. There is potential in being able to use this method in finding out the payment history of a large firm, vis-a-vis smaller units. If the government can, say, force the Railways to pay up on time, it should also be the responsibility of the Railways to ensure that the big vendors have paid its smaller vendors on time. This is not a very difficult thing to do. It is not possible for a small vendor to take a large customer to court—which also will take a generation to give a verdict, if ever—and then expect to survive in the business.

Only when the money circulates, can one expect growth. It is the government’s responsibility to assure that, and also to assure that those struggling small units get their dues and on time.