A report suggesting that 5,000 illegal e-waste processing units were operating in and around Delhi forced the National Green Tribunal to intervene and exposed a serious health risk for citizens 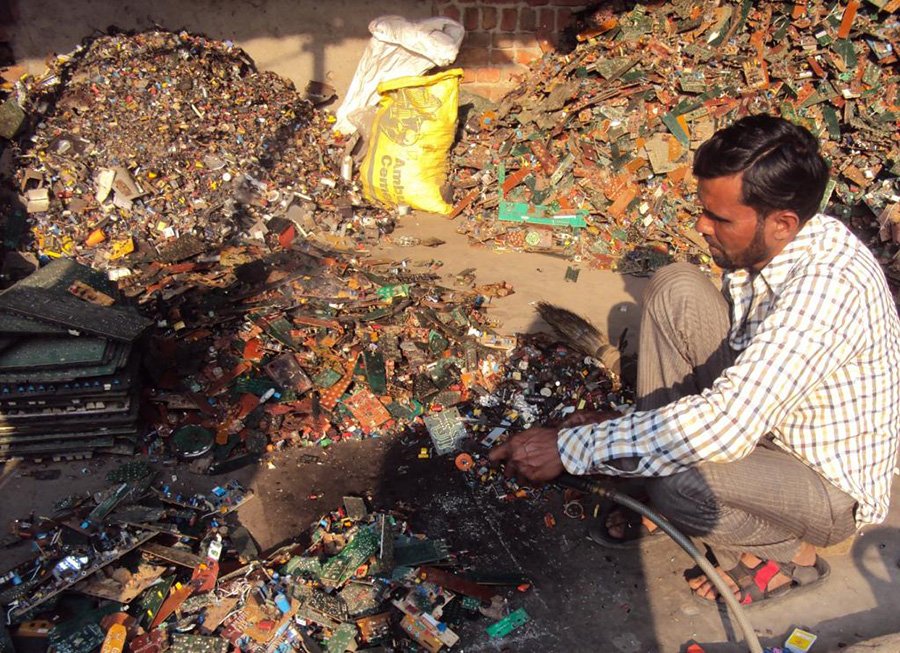 It took a study by Toxic Link, an environmental NGO, to expose the alarming fact that 5,000 illegal e-waste processing units are operating in and around the capital, posing a serious health hazard. Following the report, a bench headed by National Green Tribunal (NGT) chairperson Justice Adarsh Kumar Goel directed the Delhi Pollution Control Committee to investigate the matter and submit a report within a month. The NGT order is critical since there is an urgent need to develop policies and strategies to dispose of and recycle e-waste safely in order to ensure a sustainable future.

The key findings of the report were:
1. Illegal units engaged in handling/processing of e-waste, primarily wires and printed circuit board (PCBs) have been identified in Behta Hajipur, Tila Shahbajpur, Krishna Vihar, Amit Vihar and Sewa Dham areas of Loni Tehsil which adjoins northeast Delhi.
2. The area is a notified region of Ghaziabad Development Authority’s Master Plan — 2021.
lThe activities with regard to e-waste handling/processing are primarily restricted to the burning of wires, etching of PCBs and smelting.
3. No electronic or electrical equipment was found to be dismantled in the area, from which it is evident that dismantling of e-waste is being done outside Ghazia­bad and only PCBs and wires are being brought for burning and processing.
Electronic waste or e-waste stems from various forms of electric and electronic equipment, including white goods such as refrigerators, washing machines, and microwaves and brown goods like televisions, radios, computers, and cell phones. E-waste is one of the fastest-growing waste streams and contains complex combinations of highly toxic substances that pose a danger to health and the environment.

Many of the products also contain recoverable precious materials, making it different from traditional municipal waste. The improper handling of e-waste adversely affects human health. A growing body of epidemiological and clinical evidence has led to increased concern about the potential threat of e-waste to human health, especially in developing countries such as India and China. For in­stance, in terms of health hazards, open burning of printed wiring boards in­creases the concentration of dioxins in the surrounding area. These toxins cause an increased risk of cancer if inhaled by workers and local residents.
Toxic metals and poison can also enter the bloodstream during the manual extraction and collection of tiny quantities of precious metals, and workers are continuously exposed to poisonous chemicals and fumes of highly concentrated acids.

Although electronics constitute an indispensable part of everyday life, their hazardous effects on the environment cannot be overlooked or underestimated. The emission of fumes, gases, and particulate matter into the air, the discharge of liquid waste into water and drainage systems, and the disposal of hazardous wastes contribute to environmental degradation. There are a number of specific ways in which e-waste recycling can be damaging to the environment. Burning to recover metal from wires and cables leads to the discharge of brominated and chlorinated dioxins, causing air pollution. During the recycling process in the informal sector, toxic chemicals that have no economic value are simply dumped. The toxic industrial effluent is poured into underground aquifers and seriously affects the local groundwater quality, thereby making the water unfit for human consumption or for agricultural purposes.

Atmospheric pollution is caused by dismantling activities as dust particles loaded with heavy metals and flame retardants enter the atmosphere. Toxic materials include lead and cadmium in circuit boards, lead oxide and cadmium in cathode ray tubes, mercury in switches and flatscreen monitors, brominated flame retardants on printed circuit boards, and plastic and insulated cables; when these exceed the threshold quantities, they are regarded as pollutants and can damage the environment if disposed of improperly.

The NGT order came after taking note of the environmental and human effect of e-waste being sold to the identified units by dismantlers and recyclers. The Tribunal stated that teams headed by the respective SDMs have inspected 130 premises till December 16, 2019, and 104 premises were found to be stor­ing/handling e-waste, while 31 premises were shut down. The areas in which these activities were being carried out range from 30 to 100 square meters and are very small-scale.

In most of the premises, it was observed that the owners themselves carry out the work. An environmental compensation fee of Rs 7.30 lakh has been imposed on these 31 units. The Delhi Pollution Control Committee took suo-motu action against illegal e-waste handling units in the Old Seelampur area and closed 57 premises in July 2019. It has been decided to levy Environmental Damage Compensation (EDC) on these 57 illegal e-waste handlers. The Tribunal noted that the North-eastern and Eastern parts of Delhi, including Seelampur, Mustafabad, Behta Hazipur, and Loni, account for a majority of all informal e-waste processing units. Many have been operating for about three decades.