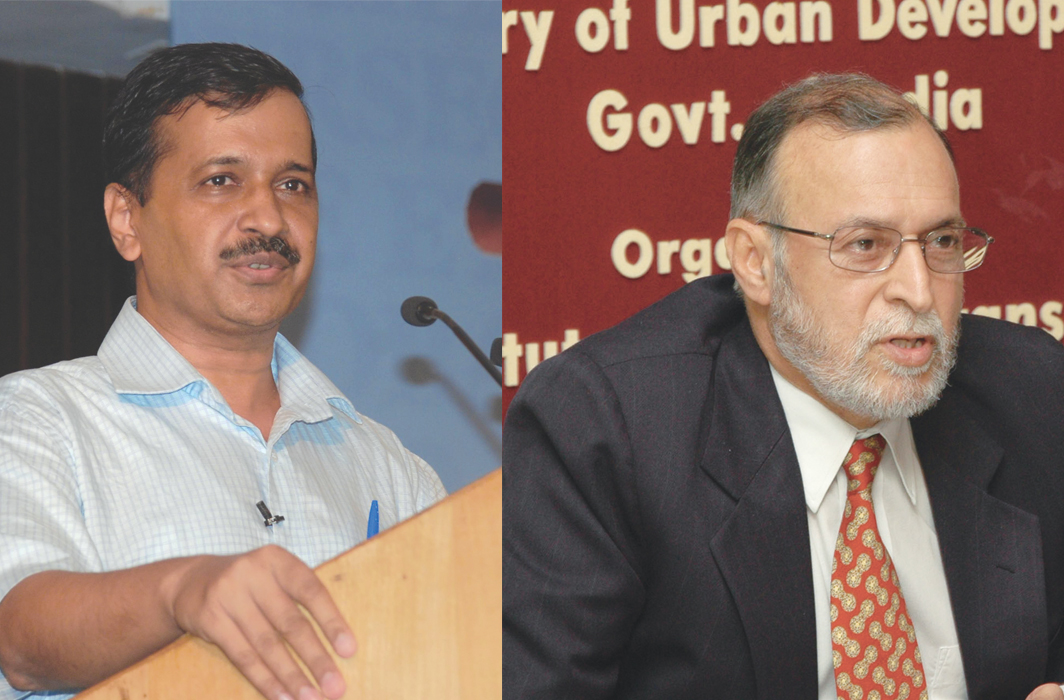 Once again the Delhi government and L-G Anil Baijal are having a tussle, this time over the opening of weekly markets and hotels

The Delhi government and its L-G, Anil Baijal, are having a difference of opinion and this is affecting the capital’s response to the pandemic. The reason behind the current struggle is that Baijal on July 31 rejected the state government’s proposal to allow hotels and weekly markets to open as part of Unlock 3. This is the second time Baijal has overruled the Delhi government by invoking the special powers granted to him under Article 239A(4) of the Constitution. He cited “differences of opinion” with the government. This has come in the wake of Baijal’s decision to direct the Delhi government to notify a panel of advocates suggested by the Delhi Police to represent it in cases related to the anti-CAA protests and north-east Delhi riots in the High Court and the Supreme Court.

In the current situation, the Delhi government had, on July 30, decided to end night curfew, allow hotels and hospitality services to open and street hawkers and weekly bazaars to operate on a trial basis with social distancing norms in place. This was done to ensure that Delhi’s economy got back on track. But as the Covid-19 situation continues to be “fragile” and the threat is still “far from over”, the L-G rejected this plan.

The response was swift. AAP national spokesperson Raghav Chadha reportedly said: “It appears that the central government under the BJP derives sadistic pleasure by inflicting pain and misery on the people of Delhi and by undermining the democratically-elected government of Delhi. On behalf of the Aam Aadmi Party, I want to tell the BJP-led central government that they should immediately stop interfering in the works of the Aam Aadmi Party-led Delhi government.”

Following this, Deputy Chief Minister, Delhi, Manish Sisodia, wrote a letter to Union Home Minister Amit Shah and urged him to direct the L-G to allow hotels and weekly markets to reopen. “It is beyond comprehension what the centre wishes to achieve by keeping hotels and weekly markets shut in Delhi when they have been allowed to open even in states with high Covid-19 caseload,” Sisodia wrote. He said the Delhi government was planning to send its proposal to the L-G again and asked Shah to ensure that it was not stopped. “I request you to ask the L-G not to stop the proposal. If traders start their businesses, the economy will improve and jobs will be generated,” said Sisodia. He also said the Covid situation in Delhi was under control for the last month and was normalising.

This is not the first time that the Arvind Kejriwal-led government and the L-G have disagreed over Covid-19 orders. On June 19, Baijal made five-day institutional quarantine mandatory for every Covid-19 patient under home quarantine. This evoked a sharp response from the state government which called this decision arbitrary and asked the L-G to reconsider. The order was changed the next day.

On June 20, Baijal issued an order making it mandatory for every new Covid-19 patient to visit a care centre for clinical assessment. Kejriwal then demanded that the L-G not change Delhi’s home isolation model which, he said, had been working well.

Baijal withdrew the new order and said only Covid-19 positive patients who don’t have “adequate facilities at home to ensure physical segregation and who don’t have other medical conditions would require to be shifted to Covid Care Centres”. These dual orders have led to much confusion. They should put aside their differences and allow the state administration to get on with its work.