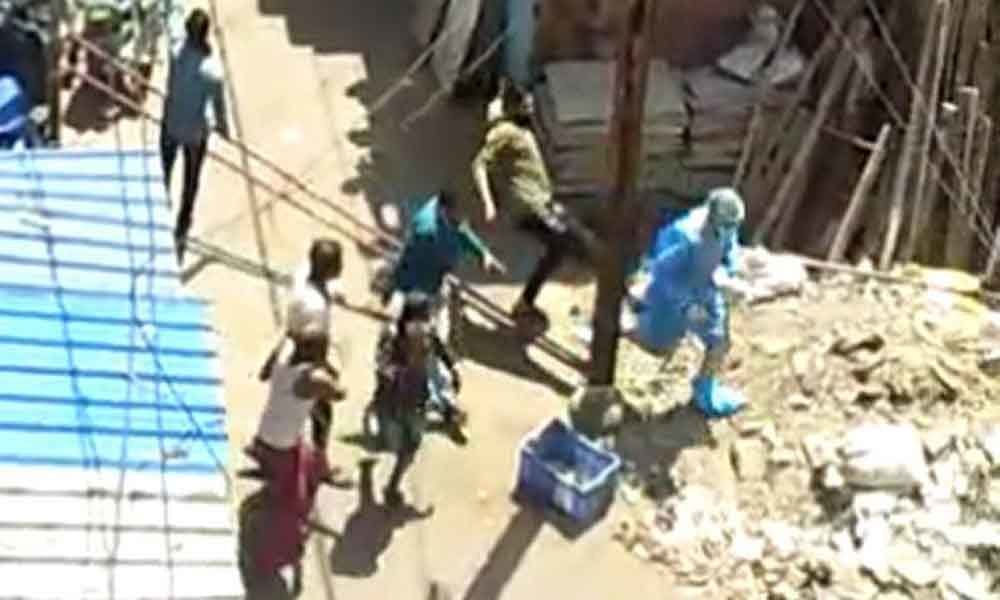 While the Ordinance was promulgated to punish those attacking healthcare workers, it should also be extended for the protection of police personnel on duty as they too are Corona Warriors.

THE law does not grow in a vacuum. For proper development, its roots must be deep in society and change according to its needs. Sometimes, the law takes a lead and sometimes, society moves faster than it. In the latter case, it is the duty of the legislature to amend the law according to developments. The Epidemic Diseases (Amendment) Ordinance, 2020 is one law which is in accordance with the changing needs of society.

The Epidemics Act was enacted to tackle bubonic plague in Mumbai in British India. It empowers the central and state governments to take certain actions to prevent the spread of such diseases and prescribe regulations during the outbreak.

It states that if the state government thinks that other Acts are insufficient for the said purpose, it may take measures by way of a public notice to prescribe temporary regulations for the public/class of persons to observe. The Act empowers the central government to take measures and pass regulations for the inspection of any ship arriving or leaving India and for detention of any person intending to sail if it feels that India or any part of it is threatened with an outbreak of any dangerous epidemic disease and the ordinary statutes in force are insufficient to take appropriate action.

The Act prescribes that any person who disobeys an order or regulation made by the government under it shall be punished in accordance with Section 188 of the IPC.

This prescribes punishment, which may extend up to a month and/or a fine of up to Rs 200. And “if such disobedience causes or tends to cause danger to human life, health or safety, or causes or tends to cause a riot or affray, it shall be punishable with imprisonment extending up to six months and/or fine up to Rs 1,000.” Violation of the regulations passed under the Act due to Covid-19 would attract the latter punishment as it would tend to harm human life, health and safety.

It is important to note that with regard to Section 188, IPC, an intention to cause harm is not relevant, as mere knowledge of the order gives sufficient cause for liability of committing the offence. Although an offence under this Section is cognisable and bailable, courts will not take cognizance by mere filing of an FIR. A complaint must be filed by the concerned public officer under Section 195 of the CrPC. Non-compliance with the provisions of this Section may lead to the proceedings being quashed. The Act also provides protection to public servants from legal action while acting in good faith under the provisions of this Act.

Covid-19 has undoubtedly been the biggest challenge which the human race has witnessed. As far as India is concerned, the sheer size of the democracy makes the challenge unprecedented and demands drastic measures, both executive as well as legislative. The lockdown which was first ordered to be in force for 21 days with effect from March 25, 2020, was extended till May 31. In such a scenario, fundamental rights cannot be said to be absolute and can be curtailed under exceptional circumstances.

During this time, several stray acts of violence were perpetrated against frontline healthcare personnel and the police, along with destruction of property. Several criminal cases were registered against the violators under relevant provisions of the Disaster Management Act, 2005 and the Indian Penal Code, 1860, but the punitive measures under these pieces of legislation are grossly inadequate and wanting.

Healthcare personnel have threatened to go on a nationwide strike if appropriate measures for their protection are not taken by the government. The Healthcare Service Personnel and Clinical Establishment (Prohibition of Violence and Damage to Property) Bill, 2019 is yet to be passed by Parliament and circumstances exist which render it necessary for the central government to seek recourse to Article 123 of the Constitution for bringing about an amendment. The perpetrators of acts of violence cannot be allowed to get away on account of inadequacies of existing punitive laws.

The Epidemic Diseases (Amendment) Ordinance, 2020 was promulgated on April 22, 2020, to punish those attacking healthcare workers. According to it, no person shall indulge in any act of violence against healthcare personnel or cause any damage or loss to any property during an epidemic. The offences covered by this law shall be cognisable and non-bailable. Whoever commits or abets the commitment of violence against a healthcare worker shall be punished with imprisonment ranging from three months to five years and a penalty ranging from Rs 50,000 to Rs 2 lakh. In case of a very serious attack, causing grievous hurt, the imprisonment may be for a minimum period of six months and a maximum of seven years, with penalty ranging from Rs 1 lakh to Rs 5 lakh.

According to the Ordinance, investigation into the attacks on doctors and healthcare workers has to be conducted by a senior inspector and shall be completed within 30 days. Court proceedings related to these cases shall be conducted day to day, and have to be concluded within a year. However, it can be extended for another six months for reasons to be recorded by the court. The court proceedings shall be held as expeditiously as possible. When the examination of witnesses has begun, the same shall continue day to day until all those in attendance have been examined, unless the Court finds the adjournment of the case beyond the following day to be necessary for reasons to be recorded.

Jurisprudentially, an accused is presumed to be innocent until proved guilty. But this Ordinance provides that the court shall presume that such a person has committed the offence, unless the contrary is proved by the accused. The Ordinance states that in case of damage to vehicles or clinics of doctors or healthcare workers, the perpetrators would have to pay double the market cost of the damaged assets as compensation. If the convicted person fails to pay it, such an amount shall be recovered as an arrear of land revenue under the Revenue Recovery Act, 1890.

The offences against healthcare personnel will be compoundable. Every criminal offence requires mens rea or a culpable mental state of mind as its first ingredient, which includes intention, motive, knowledge of a fact and the belief in, or reason to believe, a fact. In any prosecution for an offence under this law against healthcare personnel which requires a culpable mental state on the part of the accused, the court shall presume the existence of such a mental state, but the accused will have to prove that he had no such mental state with respect to the act charged.

The burden of proof in criminal cases is always on the prosecution and its standard is that the prosecution has to prove the case beyond reasonable doubt as opposed to its lighter standard in civil cases which is based upon the doctrine of preponderance of probabilities. In offences under this Ordinance against healthcare personnel, a fact is said to be proved only when the court believes it to exist beyond reasonable doubt and not merely when its existence is established by a preponderance of probability.

While this Ordinance was promulgated to punish those attacking healthcare workers, it should be extended for the protection of police personnel on duty also because they too are Corona Warriors in these emergent circumstances. The Epidemic Diseases Act, 1897 has come to our rescue in the prevailing circumstances.