A stronger law to stand beside Dalits 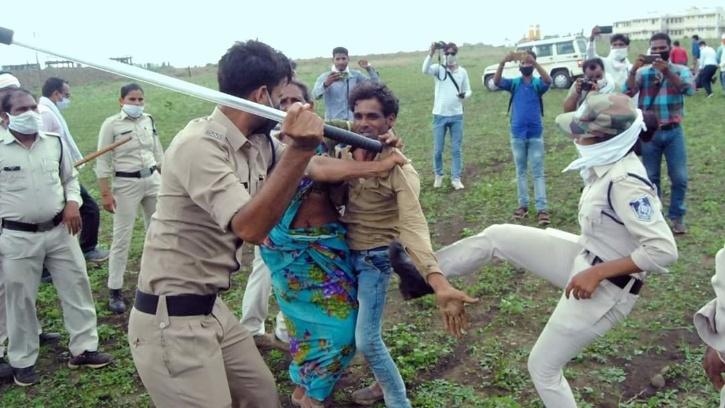 We introduce a weekly column that looks at significant cases before the courts where the Central government is involved and its views made known through the Attorney General or other official legal representatives. In the first of the series we look at the Scheduled Castes and Scheduled Tribes (Prevention of Atrocities) Amendment Act of 2018.

As the Covid-19 pandemic singes the land, there is another, more insidious, perverse act happening under its masked cover. The atrocities on the Dalits are rising at an alarming rate. Those disadvantaged from birth are now soft targets of upper caste terror.

Giridih, a small town near Ranchi, the capital of Jharkhand, was once known to Bengalis as a quiet, peaceful health retreat. It was made famous by poet Rabindranath Tagore, who liked the healing qualities of the water from its wells. World famous scientist Jagadish Chandra Bose also spent his last days in Giridih. The well-to-do Bengalis would spend weeks, if not months, staying at this peaceful “health retreat”.

Last week, two Dalit youths of Giridih were tied to a tree and thrashed by hundreds of villagers from the upper caste Yadav community. They were made to lick their saliva. All this, because the youths had allegedly killed a goat belonging to the Yadavs.

There was also a social media video that did the rounds, showing some police officers dragging and beating a couple with sticks, allegedly to evict them from government-owned land in central Madhya Pradesh. The victims were of lower caste.

Recently, the dead body of a Dalit woman from the Nat community was forced to be taken off the pyre by a group of men belonging to a dominant caste in Agra. They were forced to cremate the body off land belonging to higher caste people.

The issues that arise in dealing with such cases are administrative. While registering a case under the Scheduled Castes and Scheduled Tribes (Prevention of Atrocities) Amendment Act, 2018, remains a struggle during this pandemic and the ensuing lockdown, one thing has certainly changed. The law enforcers have teeth to act against the villains with less fear of a departmental inquiry. The amendments incorporated in the original Act now allow detention without a preliminary inquiry. No prior approval is required for senior officers to file FIRs in cases of atrocities on the SCs and the STs.

The Scheduled Castes and Scheduled Tribes (Prevention of Atrocities) Amendment Act of 2018 was enacted to nullify the effects of the March 20, 2018, judgment of the Supreme Court which had diluted its provisions. The centre had placed a review petition before the top court, seeking a review of its order passed on March 20, 2018. On February 10, this year, a bench headed by Justice Arun Mishra confirmed that a preliminary inquiry was not essential before lodging an FIR under the Act and the approval of senior police officials was not needed. The top court also upheld the constitutional validity of the amended Act.

While any Act is as good as its true implementation, as witnessed in the torture incidents during the pandemic, the centre, technically, has provided the administration a rather strong arm of law through these amendments. The Act also does not provide for anticipatory bail to the accused who is being charged. Courts can, however, quash FIRs under exceptional circumstances.

Justice S Ravindra Bhat of the apex court had written a separate order, concurring with Justice Mishra, but adding a caveat that prearrest bail should be granted only under extraordinary situations where a denial of bail would mean miscarriage of justice.

In its September 30 verdict, the Supreme Court’s three-judge bench had recalled its March 20, 2018, order that had diluted the stringent provisions of the Act while restoring automatic arrest in such cases. It had also recalled its order on the preliminary probe by the police before the arrest.

A question of intent

The amendments written into the Scheduled Castes and Scheduled Tribes (Prevention of Atrocities) Amendment Act, 2018, by the government aren’t many, but used in their true spirit, they are meant to have an immediate and telling effect on the perpetrators of heinous social crimes of this nature. The insertions pertain to Section 18 A of the Act. The first insertion reads:

(b) the investigating officer shall not require approval for the arrest, if necessary, of any person, against whom an accusation of having committed an offence under this Act has been made and no procedure other than that provided under this Act or the Code shall apply.”

There is a second insertion (2) which makes things even tougher. It reads:

“(2) The provisions of Section 438 of the Code shall not apply to a case under this Act, notwithstanding any judgment or order or direction of any Court.” Section 438 of the CrPC is as follows: “438. Direction for grant of bail to person apprehending arrest.

(1) When any person has reason to believe that he may be arrested on an accusation of having committed a non-bailable offence, he may apply to the High Court or the Court of Session for a direction under this section; and that Court may, if it thinks fit, direct that in the event of such arrest, he shall be released on bail.”

What is to be seen in these insertions is the intent of the lawmakers to make a watertight Act, wherein the arm of the law is not hindered through unnecessary legal or other interference in the early execution of the law under this Act. It has been said that while every Act is written with good intent, Acts are often implemented with ill intent, and that is probably where the crux of the matter lies.

In this context, the statement made by Attorney General (AG) KK Venugopal during the trial would be a good reference point. The AG had pointed out that “the statistics considered by the Court in the judgment under review indicate that 9 to 10 percent cases under the Act were found to be false”.

That is a strong case for a stricter version of the law. He also said that the percentage of false cases concerning other general crimes such as forgery is comparable—namely, 11.51 percent for forgery and 8.85 percent for kidnapping and abduction—as per the NCRB data for 2016. Venugopal said that those cases can be taken care of by the courts under Section 482 (saving of inherent powers of High Court), and in case no prima facie case is made out, the court can always consider grant of anticipatory bail and power of quashing in appropriate cases.

Venugopal was forthright in admitting that, “for the low conviction rate… that was a reflection of the failure of the criminal justice system and not an abuse of law. The witnesses seldom come to support the down-trodden class. The biased mindset continues and they are pressurised in several manners (sic), and the complainant also hardly muster the courage”.

These sound arguments virtually sealed the order and now it is up to the entire criminal justice system of the country to come together and help it succeed. If we see it from a different angle, the unanimous passing of the Bill in the Lok Sabha on August 6, 2018, intended to overturn the top court’s order concerning the safeguards against arrest under the Act, was possibly a political ploy too. Replying during a debate on the bill, Minister of Social Justice and Empowerment Thaawar Chand Gehlot reiterated his government’s (NDA) intent in providing reservation “and will continue to be in favour of reservation for SC/ST”.

The Opposition had seen this as a sort of legal outreach to the Dalits by the BJP. That was when the BJP was moving ahead to consolidate its position in the elections the year after. For all intent and purposes, the February 2020 court activity, even after having won a landslide victory, underlines the determination of the ruling party to achieve this end. It is another matter that incidents on the ground have had different connotations and there has been severe laxity in implementation, especially within this pandemic. These have to be addressed politically.