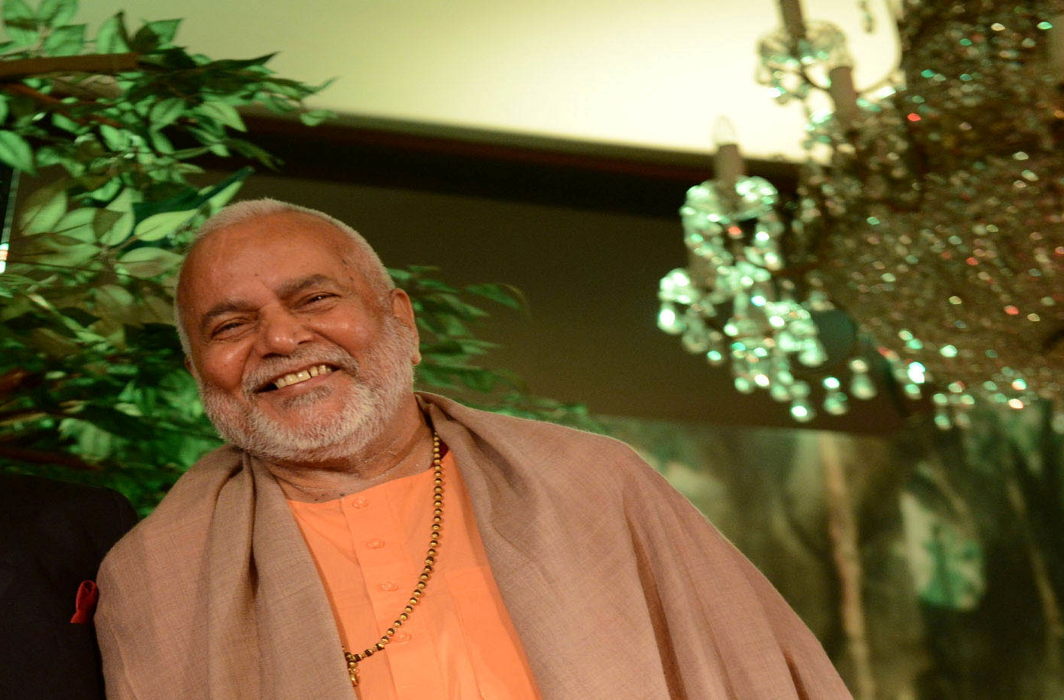 While the public perception of the tenure of Uttar Pradesh Chief Minister Yogi Adityanath is still unclear, the state government has stood by its promises of “Ram Rajya” for the party associates. So much so that it is covering up serious criminal cases registered against these people.

The state government announced that it would withdraw all cases registered owing to political rivalry. This resulted in the withdrawal of about 20,000 registered cases, including some against Deputy Chief Minister Keshav Prasad Maurya and Adityanath himself. However, under the disguise of political matters, even criminal cases are being put down.

One of them is that of Swami Chinmayananda Saraswati. In 2011, Chinmayananda was accused of rape by one of his students who spent many years in his ashram. She alleged that she was kept in an ashram in Haridwar and raped by him.

Later, charges of rape and abduction were filed against him at Shahjahanpur police station in November 2011. Incidentally, Chinmayananda has been a three-time BJP MP, having won from Badaun, Machchlishahr and Jaunpur. He was appointed minister of state for internal security in the Atal Behari Vajpayee government.

Chinmayananda got away by getting a stay order from the Allahabad High Court. Now, the benevolent state government has decided to take back the cases registered against him under IPC 376 and 506. On March 9, the district magistrate of Shahjahanpur wrote to the senior prosecution on this issue, while the state government’s justice section had already said on March 6 that these charges be dropped.

However, the victim and her family have voiced their displeasure against the proceedings. The victim has addressed a letter to the president, chief justice and district judge, objecting to the state government’s order.

The woman said: “This same BJP party which was giving slogans on their commitment to daughters’ safety is now hell-bent on closing my trial. It is very painful. The government should have waited for the court’s decision. I have petitioned in the court for a warrant against the accused. He should be sent to jail as soon as possible.”

Recently, there were protests against the state government when it dropped charges against 131 people accused in the Muzaffarnagar riots.

This custom of dropping cases is religiously practised by all parties who have come to power in Uttar Pradesh. The Akhilesh Yadav government had even done this in a terrorism-related case, which was later stopped by the court’s intervention. The extent to which the BJP government has started covering up cases gives the lie to the promises it made about working towards a crime-free state.

While the government was busy clearing Chinmayananda’s name, its Unnao MLA, Kuldeep Singh Sengar, made the situation more complicated as he has been accused not just of rape, but the murder of the victim’s father.

Uttar Pradesh has had a notorious reputation of having several ministers and MLAs accused of illicit sexual relations and murder charges. In a similar case, Amarmani Tripathi, once a minister in the state, is currently serving a sentence along with his wife in poetess Madhumita Shukla’s murder case.

In 2006, Merajuddin, a BSP minister, was charged with the sexual harassment and murder of a teacher.

In 2007, another BSP minister, Ram Mohan Garg, was charged with rape, followed by a similar case against another BSP MLA in 2008.

Anand Sen Yadav, also a BSP MLA, was charged with kidnapping, sexual harassment and murder of a party worker in 2011. While he was sentenced by the lower court in 2013, he was subsequently discharged by the Allahabad High Court.

In 2010, BSP MLA Purushottam Dwivedi was accused of the gangrape of a party worker, Sheelu. Instead of the victim getting justice, the MLA accused her of stealing his mobile phone and even got her arrested.

Later, as the issue got heated, Mayawati appointed the CB-CID to further investigate this case. And in a surprise development, the MLA, in order to save himself, declared himself impotent. On June 4, 2015, he was sentenced to 10 years’ imprisonment after the CBI completed a fair inquiry.

During the tenure of the Samajwadi Party headed by Akhilesh Yadav, one of his ministers, Gayatri Prasad Prajapati, was accused of raping a woman and sent to prison. The police filed an FIR against him only after being served a notice by the Supreme Court.

While some of the victims have got justice eventually, the present case of the Adityanath government trying to save Chinmayananda raises many questions regarding the moral authority as well as intent of this government.