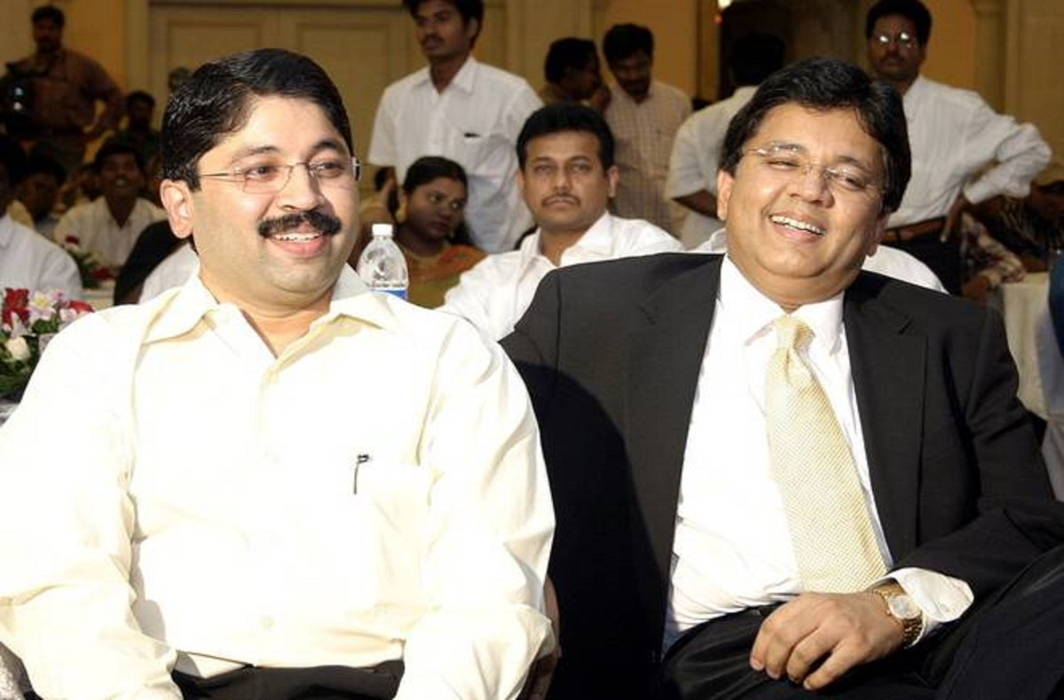 A CBI special court will frame fresh charges on Thursday against former Union Minister Dayanidhi Maran, his brother Kalanithi and five others in the decade-old illegal BSNL telephone exchange case. Last week, when the matter came up for hearing before the XIV Additional court for CBI cases, special judge R. Vasanthi had posted the case to August 30 for framing charges and directed all the seven accused in the scam to appear before the court on that day.

A three judge bench of the Supreme Court headed by Justice Ranjan Gogoi and comprising Justices R.Banumathi and Navin Sinha had last month dismissed an appeal, against a single judge order of the Madras High Court,  preferred by Dayanathi Maran, ‘Sun TV’ owner and Dayanidhi’s elder brother Kalanidhi Maran, ex BSNL GM K.Brahmanathan, ex DGM of BSNL M.G. Velusamy, Dayanidhi’s private secretary Gauthaman, Sun TV employees Kannan and Ravi in the infamous telephone exchange case during the Maran’s tenure as a minister in the UPA government. A special CBI court had in March discharged the Marans and others accused in the case.“Go and face trial” was nothing but the crux of the unanimous order passed by the bench.  The Supreme Court gave this ruling on July 30.

According to the CBI Dayanidhi Maran, during his tenure as union telecom minister between May 2004 to May 10, 2007 misused his powers and established a private telephone exchange in his house in Chennai with at least 764 telephone lines, including 353 high-end connections. The CBI says that this activity is against service rules for union ministers and also says that as a union minister Dayanidhi Maran is not entitled for this facility and by doing this he had clearly breached various procedures and norms prevailing for several years. The use of these telephone lines were allegedly extended to  Kalanithi Maran’s SUN TV network to enable its up-linking and down linking of visuals when  Dayanidhi was the Minister from 2004-07. The FIR estimates a loss of over Rs. 1.7 crore to the public exchequer.  This activity was not known to the outside world till 2007 May, when Dayanidhi Maran was the minister.  Though a whistle blower and an employee of BSNL at that time, C.K. Mathivanan, started talking about this in 2006 itself nothing has changed.  Rather the government denied pension benefits to Mathivanan when the later retired on December, 2013. Mathivanan’s retirement benefits were restored only after six months.

The scam came to the limelight after burning the office of Tamil daily, “Dinakaran” in Madurai on December 9, 2007. “Dinakaran” carried an opinion poll about the chances of successors to the then Tamil Nadu Chief Minister and president of Dravida Munnetra Kazhagam (DMK) M.Karunanidhi.  In that survey it gave over 80% of support for Karunanidhi’s younger son and the then state minister for local bodies  of Tamil Nadu, M.K. Stalin over his brother M.K. Alagiri,  who got a mere one percent. It angered Alagiri’s supporters.  A huge protest erupted outside the “Dinakaran” office in Madurai and the office was torched, resulting in the killing of three people. Among the three, 2 were journalists and the third one was a security guard of the office.

Marans’ clout both within Karunanidhi’s family and in the DMK is phenomenal. Actually it was the late senior Maran, called as Murosoli Maran who guided not only his sons but also played a major role in protecting the interests of the DMK in New Delhi.  Murasoli Maran was the son of one of Karunanidhi’s  three sisters.  Murasoli was the point’s person for the DMK in New Delhi till 2002 September. He was a union minister for over 7 years and Karunanidhi used to say ‘Murasoli  is my conscience-keeper”. The DMK used to get huge media coverage from Maran brothers who own over 20 channels in Tamil, Telugu, Malayalam and Kannada. Kalanithi Maran and his wife Kavery Kalanidhi were the highest paid executives not only  in the media industry but also among the top in India Inc overall. Both of them earned salaries of Rs.78 crore  each in 2016-17.

Karunanidhi had made it clear that Stalin would be his political successor but the  with Alagiri has thrown his hat in the ring and claiming that most of the loyal workers of the party are with him, the party is going through turbulence not witnessed before. Alagiri hasa always held the grouse that he was sidelined by the others in the family and that importance that was his was bestowed upon the Marans. Alagiri thus has asserted his right on the Karunanidhi’s legacy. More members of the Karunanidhi’s extended family are likely to make their political ambitions public. And this will mean fresh challenges for Stalin and the Marans. The role of Marans within the DMK dwindled since 2007, but still they can’t be ignored by the DMK in general and the DMK’s working President M.K. Stalin in particular.  But it’s not clear, at least, as of now that what role Maran brothers are going to play in the M.K. Stalin led DMK, because for the past two years and more the bonhomie prevailed between Marans and Stalin for over 30 years was missing. A senior DMK leader who did not want to be named describes the present situation like this: “For Marans to sustain their wealth they definitely need not only DMK’s political power but also Stalin’s personal support. For Stalin to run the DMK and face elections Marans’ media power and other ‘support of sorts’ is very, very crucial”. The flip side is that is this “you scratch by back, I scratch yours” arrangement, they all swim or sink together.