154,225FansLike
654,155FollowersFollow
0SubscribersSubscribe
Home Top News of the Day Aviation News A Maharaja with No Suitors 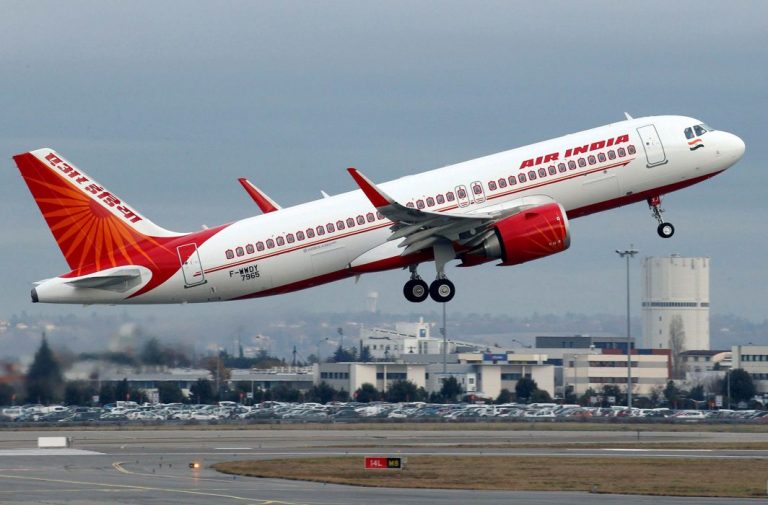 Above: Photo by UNI

The government’s attempt to disinvest Air India has come a cropper as no bids were received for it. How can the airline be made more attractive to potential suitors?

There are certain indisputable facts about Air India. One is that even if it is in deep financial crisis or has lost much of its past sheen, it still enjoys a huge emotional connect. Two, everyone, whether associated with it or not, whether conversant with the aviation industry or not, has an opinion on its performance, future, etc. Three, even though the stakeholders responsible for its gradual diminution over the years are well-known, each one of them has not only been in a state of denial but also likes to apportion the blame to others. As a consequence, remedial measures, if taken, have always been found to be grossly inadequate. Finally, it is also difficult to conclude that those averse to the disinvestment exercise and want the airline to continue in its current avatar under government ownership can be described as genuine well-wishers of the troubled airline.

The Air India disinvestment exercise, initiated as a great reform measure for public sector undertakings by the Narendra Modi government, has ended with no bids being received from potential acquirers. This has not only been a matter of grave disappointment for many and rejoicing for those opposed to it, but it has become a subject of intense scrutiny and rightly so!

Questions that followed the “flop show”, as a section of the media described it, have been on expected lines: Was the government adequately determined or serious about ensuring the disinvestment of Air India? Were the conditions spelt out in the Expression of Interest too harsh and not thoroughly thought through? Were private Indian airlines acting in concert to ensure its failure either because Air India’s growing marginalisation makes good business sense for them or because some of them felt confident of securing better and easier conditions for acquisition subsequently? Was it the government’s over-confidence or abject failure to effectively communicate the strengths of Air India? Or, simply, did the current political climate act as a huge dampener? Whatever be the line of thinking, one thing is clear—Air India has lost out once again!

The government will have to undoubtedly rethink why there were no takers, where their plans went awry, etc. After all, most aviation experts had said that the disinvestment process would elicit a good response.

It is also undeniable that despite all its negatives, Air India has huge strengths, particularly an enviable international operational network. A back of the envelope calculation will show that other Indian carriers will take quite a few years and infusions of several thousand crores to reach its current scale of international operations.

Why weren’t Indian carriers, therefore, not keen to grab the opportunity?

Acquisition of Air India would have, as a matter of fact, catapulted the acquiring airline into the league of mega global carriers. But for the moment at least,  one can say with reasonable understanding that potential acquirers allowed better business sense to prevail upon the quick-expansion-route. Tatas, expected to   be a front-runner for the deal, perhaps overcame another factor of sentimental connect, having been the original founder of the now beleaguered airline.

A detailed analysis would indicate whether the fault lay in the perceived intrinsic value of Air India and the way its units—Air India, Air India Express and ground handling company—were bundled. Or were the other conditions attached, such as retention of 24 percent equity by the government, specifications on manpower and restrictions imposed for foreign airlines proving to be a dampener?

To one who has been associated with the airline, it appeared that the government attempted to strike a balance in laying down the terms and conditions so as not to be accused of selling it cheap, particularly as some people had already started talking of this disinvestment move as being a scam in the making.

DISINVESTMENT ONLY WAY OUT

There are some negatives on Air India’s balance sheet—its huge debt, flight operations continuing to be economically unviable on most routes and market share under constant threat, compounded by value erosion as the years go by. The government will have to renew  its disinvestment plan, sooner or later, with changes that are more acceptable to the potential acquirers.

Any failure to do so will only lead to further marginalisation of Air India. The only alternative, or call it lifeline, is a committed periodic infusion of funds by a reluctant government to not only keep the airline’s current operations afloat but ensure sustained capacity induction in future.

The government has, however, made its intentions abundantly clear—that its scarce resources need to be deployed in the field of education and health, rather than in funding the operations of a beleaguered airline.

It is ironic that Air India’s disinvestment lacked a political consensus. It would have been a helpful factor with general elections less than a year away.

Some politicians described the disinvestment as “family silver” being sold for a pittance, overlooking the debt burden of the airline­, its inability to expand to keep pace with the growth of private  airlines, etc.

More importantly, they failed to realise the consequences of the systemic weaknesses that would invariably accompany government ownership of Air India, even with a minority stake. These have impacted efficient functioning through unproductive work practices and cost structure—all detrimental factors from the perspective of survival in a competitive industry.

A critical aspect of Air India’s recent performance was overlooked as well— the fall in its domestic market share from 17 percent to 13 percent in the past four years, and from a much higher    figure earlier.

Is there any argument one can advance for it not going down further? Is it not known that Indian private airlines collectively have on order of 900 aircraft and once inducted in the coming years, their share will zoom and Air India’s will erode? Will Air India still be considered relevant to Indian aviation when its market share drops below 10 percent? Irrelevance invariably leads     to oblivion!

This isn’t rocket science for people opposing disinvestment. Many of them are advocating that the government should fund the airline in perpetuity because of its historical past, having rendered yeomen service, particularly in the evacuation of Indian nationals from abroad when in distress.

—The writer is a former executive director of Air India