154,225FansLike
654,155FollowersFollow
0SubscribersSubscribe
Home Top News of the Day Breaking News A sign from above, for Rahul 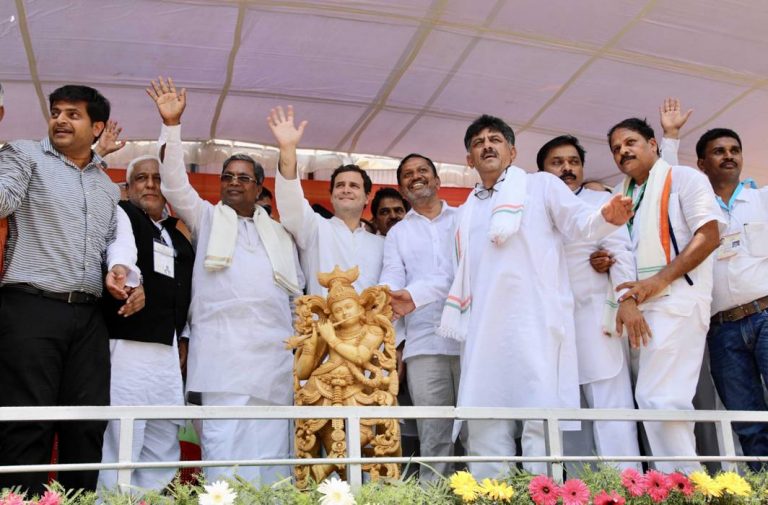 Above: Congress President Rahul Gandhi during a public meeting at Davanagere and Shimoga City in Karnataka on April 3/Photo: UNI

In Karnataka on Friday (April 6) the gods conspired to give Congress president Rahul Gandhi a massive boost. For the public it was surely a sign from above, while for Gandhi himself, this could easily have been the indirect morale booster he had been looking for, especially on his upward swing when the BJP has virtually backed into a corner.

While canvassing in Tumkur in Karnataka, standing through the sun roof of his SUV, he was waving at the crowd when a garland thrown by a well-wisher from the crowd landed right around the neck of the Congress leader. Rahul seemed unperturbed, but all social media channels were immediately jammed in the viral sharing of this fantastic act.

A garland flies from the crowd and falls exactly on @RahulGandhi ji at the Tumkur road show. The signal is clear and loud. @INCKarnataka @siddaramaiah @INCMalleswaram @MYaskhi pic.twitter.com/OKSa0nPQLQ