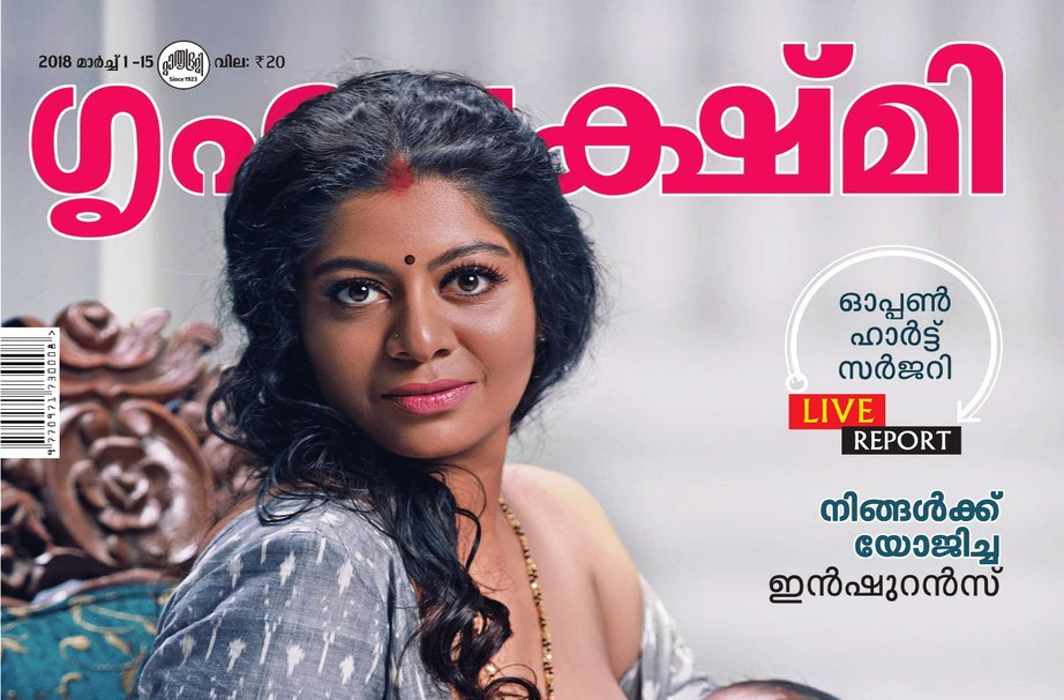 Recently, model-actress Gilu Joseph, famous in Kerala, had created a stir, as well as some very positive vibes among right thinking people around the country, by posing for the cover of the popular Malayalam magazine Grihalakshmi. It was for the good cause of breastfeeding and she posed breastfeeding a baby.

It was a bold move – such postures have been done around the world and have earned praise – but certain diseased minds have been looking at it in a different way. Now they have come out with their warped ideas and gone to court. One such, with a diseased mind, was local Advocate Vinod Mathew Wilson, who has filed a criminal complaint at court of Chief Judicial Magistrate, Kollam.

Wilson sees this fine depiction of motherhood with rather narrow, diseased glasses, and in his complaint he has said that “the picture was lascivious in nature, appealing to prurient interests and tends to degrade the image of woman”.

Wild, as the accusation may sound, it also shows the mental state of the complainant, who has brought in offences punishable under Sections 3 and 4 of the Indecent Representation of Women (Prohibition) Act, 1986.

Another almost like-minded advocate Jiyas Jamal from Aluva has brought up the charge that the baby’s health and rights have been exploited. He has filed his complaint with the State Child Rights Commission against Gilu. He has also made the publishers of the magazine and the parents of the baby as parties.