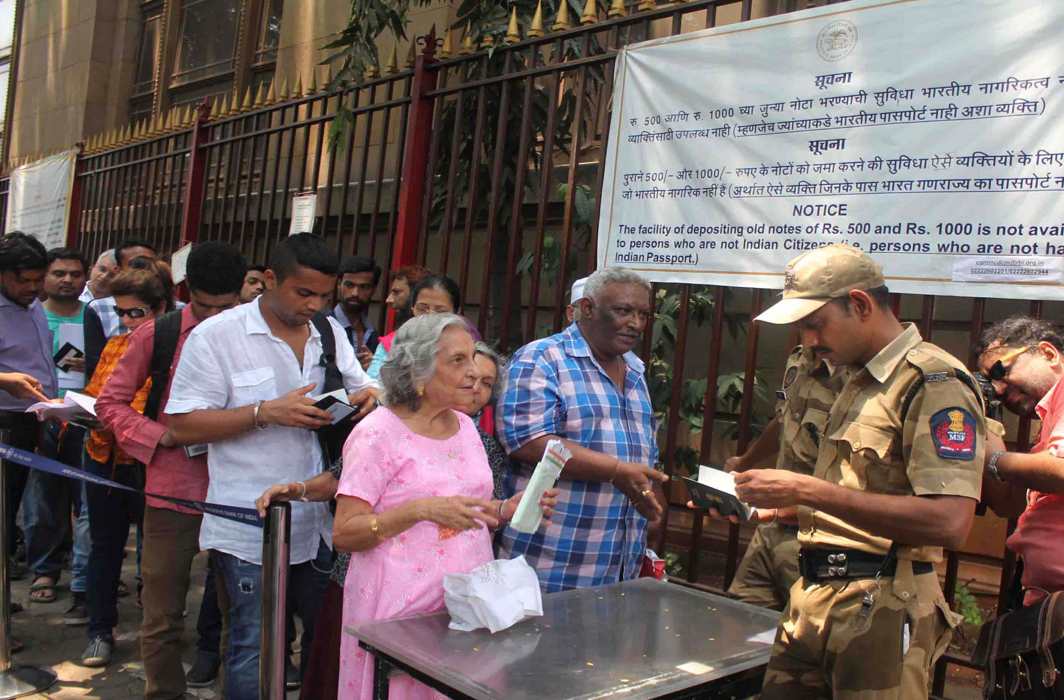 Above: People in queue on last day to exchange the old Rs 500 and Rs 1000 notes at The Reserve Bank of India headquarters in Mumbai (file picture). Photo: UNI

The Supreme Court bench of Justices AM Khanwilkar and DY Chandrachud dealing with matter pertaining to demonetization wherein the petitioner has challenged the decision of the government disallowing depositing of old notes beyond December told the petitioner to file intervening application in the original SLP which is before five-judge constitution bench.

The five-judge constitution bench was set up in December 2016 to review the constitutionality of the demonetisation scheme.

The constitution bench would also deal with the individual plea of those who could not deposit their currency notes during the window period provided by the Reserve Bank of India (RBI), the bench said.

Attorney general KK Venugopal assured the court that no criminal action would be taken against the petitioners for possession of demonetised currency till the case is sub judice.

The Supreme Court was hearing the petition filed by Sudha Mishra seeking a direction to authorities to permit her to deposit demonetised notes as she could not do so during the period specified by the Centre and the Reserve Bank of India.