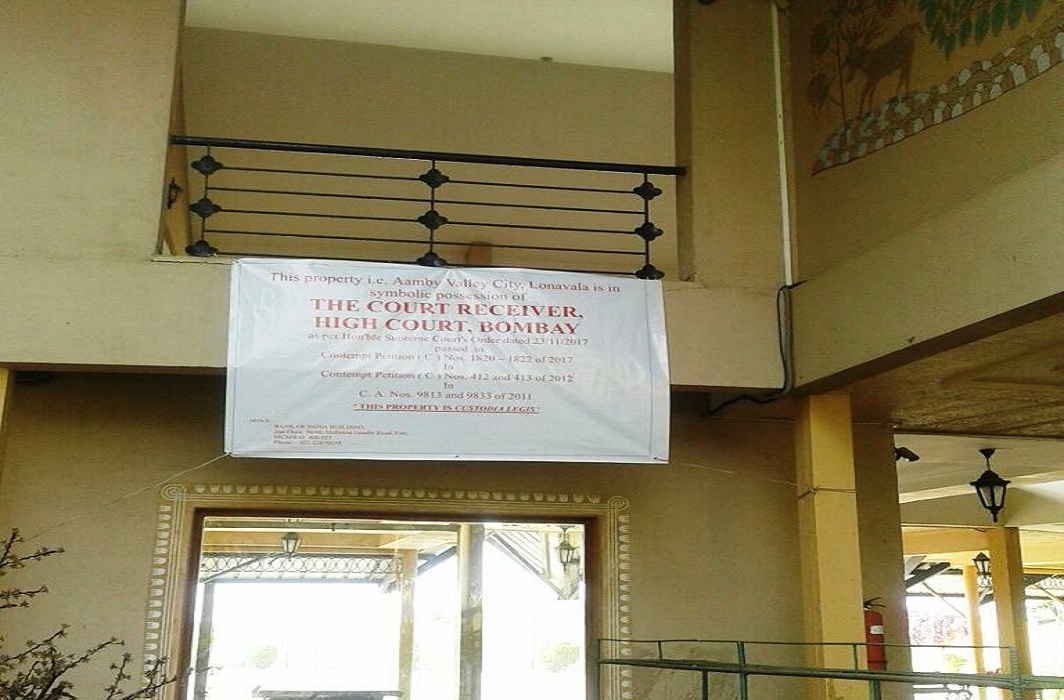 The Sahara dispute on the attachment of Aamby Valley City has come to an end with the Bombay High Court appointed receiver D R Shetty officially taking over.

Shetty sent a letter (see below) to Vivek Kumar, CEO, Aamby Valley City, on December 8, which is basically a “Compliance of the order dated 23/11/2017 passed by Hon’ble Supreme Court in the matter of Securities and Exchange Board of India vs Subrata Roy Sahara & Ors”.

On November 23 the Supreme Court had okayed the Bombay High Court to proceed with the auction of Aamby Valley. This was the fallout of the Sahara group’s long battle with SEBI. SEBI had moved the top court in October, seeking contempt action against the Sahara group for obstruction in the auctioning process as ordered by the Bombay High Court. The green signal was given by the top court bench of Chief Justice Dipak Misra and Justices Ranjan Gogoi and A K Sikri.

The receiver’s duty will be to see through the action process. The top court had also said that anybody obstructing the auction would be jailed. The luxury property is huge and is believed to be worth
Rs 37,000 crore. A Mauritius fund has offered $1.67 billion for the property. Sahara group’s appeal to be allowed 18 months to repay around Rs 9,000 crore balance of the principal amount of Rs 24,000 crore did not fund takers. 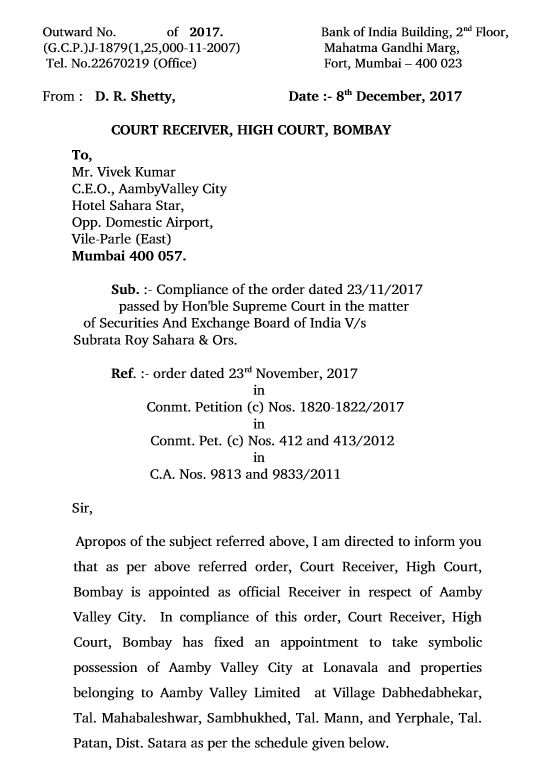 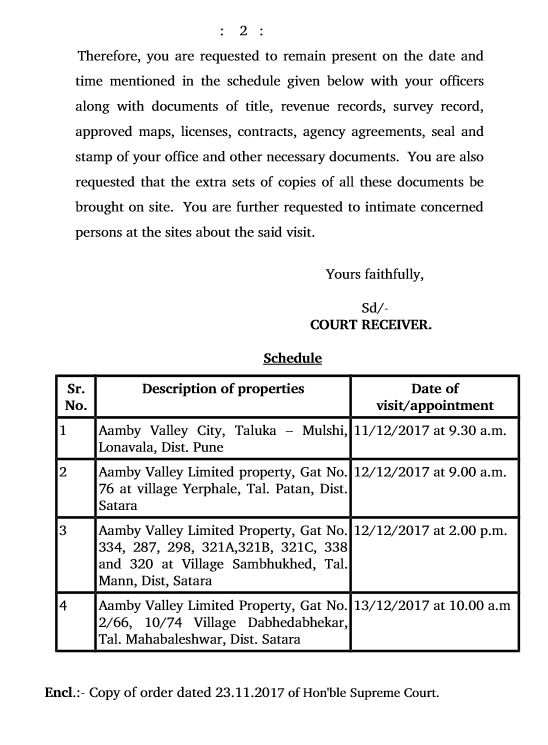