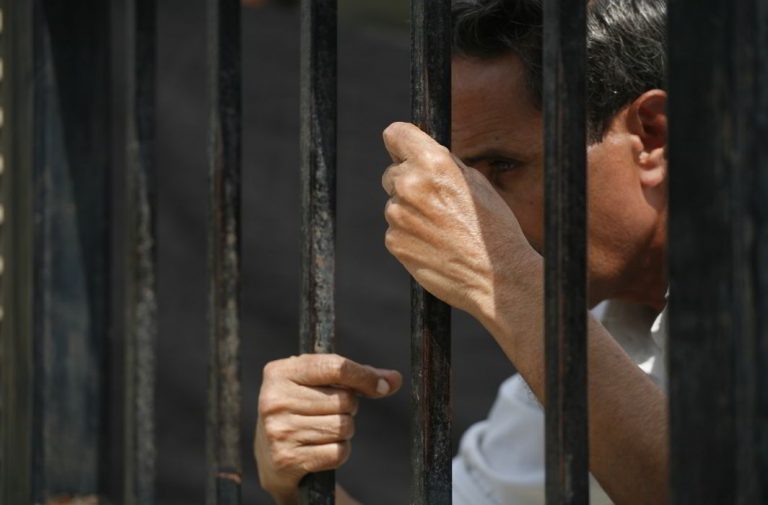 Above: Representative image of a prisoner/Photo: Anil Shakya

In the matter relating to custodial death, the Supreme Court has taken up the case with all seriousness and details of procedure were worked out on Tuesday (December 12). The top court wants digitalization of all records, especially those of open jails and that there has to be classification on natural and unnatural deaths in custody.

The petition has been enlarged to inhuman conditions in 1382 prisons in the country and review work is on.

A ministerial direction was presented in court on Tuesday and the NALSA survey will reach the ministry through mail, the court was informed. Details of how to access the password encrypted data was discussed. The bench of Justices Madan B Lokur and Deepak Gupta was also informed that data of 700 jails have been digitalized and that the authorities have asked for two week’s time.

More data was asked for from Gujarat and Rajasthan on open prisons. Rajasthan has 29 open jails.

The petitioner reminded the court of its order of September 15, 2017 in which it had given directions to the Solicitor General about circulating the model treatment of prisoners to different Directors General.

NALSA has also submitted the report of standard operating procedure. The funding procedure (when the state should release funds) was also discussed.

The issue will again come up for hearing on April 21.