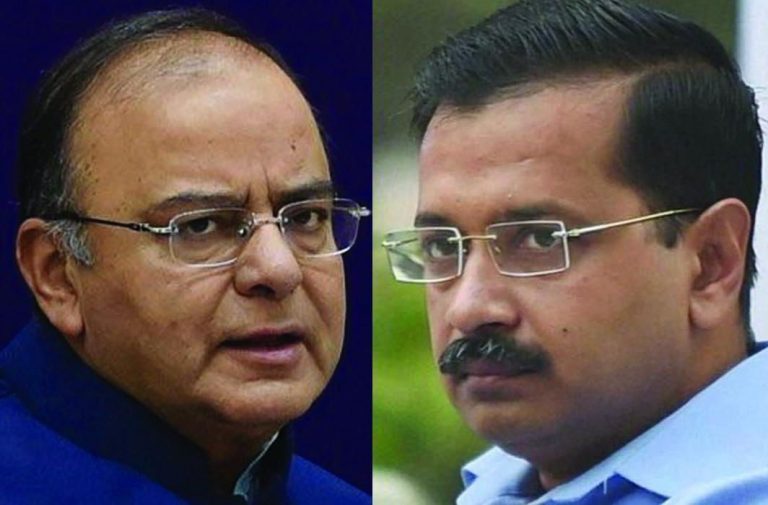 The Delhi High Court on Monday (April 3) allowed Union Finance Minister Arun Jaitley and Delhi CM Arvind Kejriwal to “settle” one of the two civil defamation suits filed over the alleged defamatory statements made against Jaitley by Kejriwal taking the note of the letter in which Delhi CM apologised for his remarks.

The bench headed by Justice Manmohan also noted that Union Finance Minister has accepted the apology tendered by the Chief Minister by way of a letter. The bench said that both the party shall be bound by their settlement.

In view of the letter written by Kejriwal to Jaitley, the bench disposed of the defamation suit filed over the alleged scandalous remarks made by AAP leaders’ ex-lawyer Ram Jethmalani.
On April 2, Delhi chief minister Arvind Kejriwal and four of his Aam Aadmi Party leaders had tendered a “sincere apology” to Arun Jaitley, conceding that the allegations made by them over the union finance minister’s alleged corruption during his 13-year stint as head of the Delhi and District Cricket Association were “unfounded and unwarranted”.

In the apology letter, Kejriwal had said: “I had made certain statements about you and your family in December 2015 and thereafter in connection with your tenure as the President of the Delhi and District Cricket Association. These allegations also form the part of the subject matter of proceedings currently pending adjudication before the Hon’ble Delhi High Court and Ld. CMM, Patiala House Court, New Delhi.”

Meanwhile, India Legal learnt from the sources that the civil defamation suit against Kumar Vishwas will continue after his counsel informed the Delhi High Court that he has not tendered apology to Arun Jaitley. The court has posted the matter to April 26.