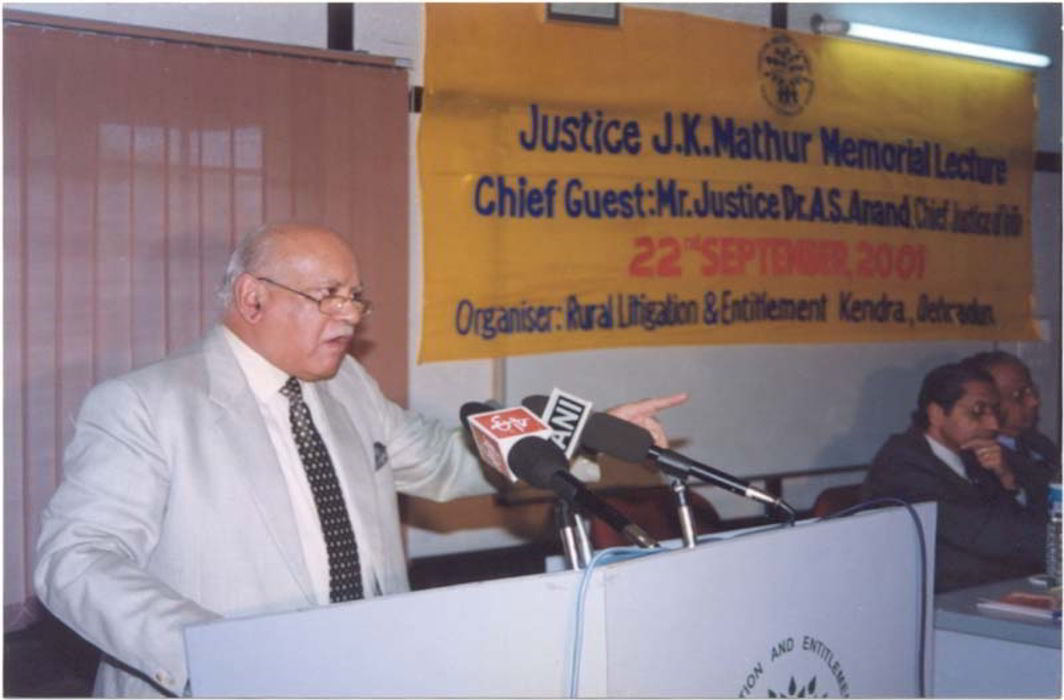 Former Chief Justice of India, Justice Adarsh Sein Anand passed away on Friday (December 1) morning. He was 81. Justice Anand held the post of Chief Justice from October 10, 1998 to October 31, 2001.

He started his career by practicing in Punjab & Haryana High Court at Chandigarh. He was appointed as Additional Judge of Jammu & Kashmir High court in 1975 and was made permanent Judge of the same court in 1976. He was appointed the Chief Justice of Jammu & Kashmir High court in 1985 and later on also served as Chief Justice of Madras High Court. After two years, he was elevated as a Supreme Court Judge.

He headed various Commissions of Enquiry and Investigative Commissions, as Judge and Chief Justice of Jammu & Kashmir high court. He also served as the Member of the High Court Arrears Committee, appointed by the Government of India in 1989.

He held the post of chairman of National Legal Services Authority and took initiative in establishing Lok Adalats in every district of the country. In 2003, he took over as chairman as National Human Rights Commission.

His daughter Munisha Gandhi practices as lawyer in the Punjab & Haryana high court. Justice Anand was honoured with the Padma Vibhushan, the second highest civilian award in India