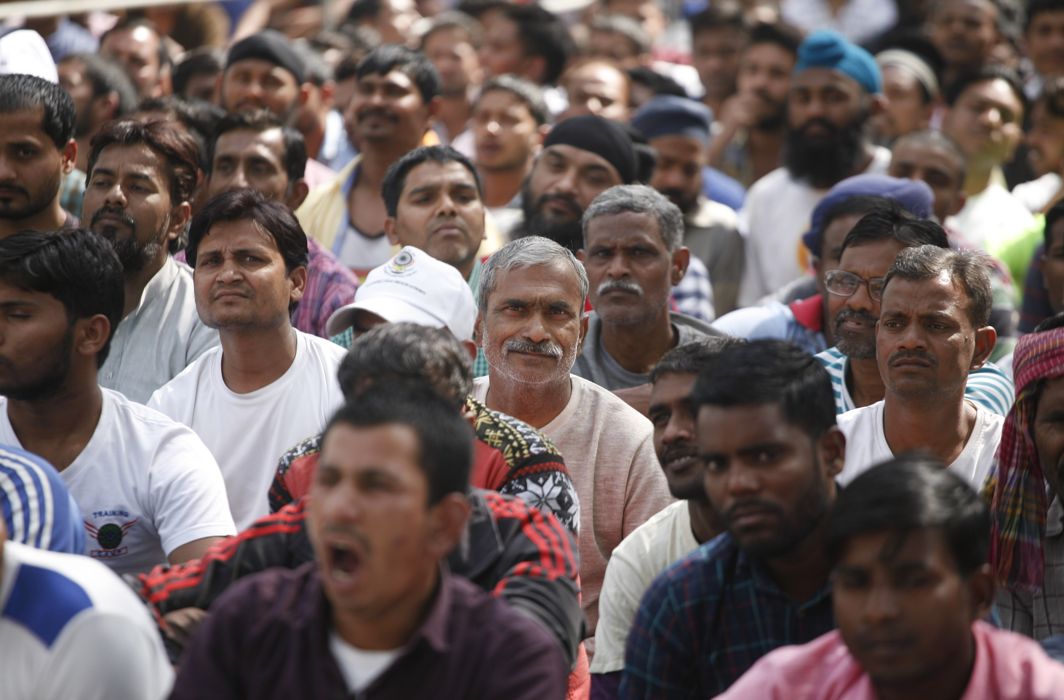 Above: Prisoners in one of the jails (file pic)/Photo: Anil Shakya

The sorry state of affairs in jails of Uttar Pradesh has once again come to the fore after National Human Rights Commission (NHRC) issued notices to Chief Secretary and the Inspector General of Police (Prisons) telling them to submit detailed reports in six weeks on the condition of HIV-infected jail inmates in the state and what steps are being taken to tackle the fatal disease.

The NHRC issued notices after it took note of a news report which depicted the plight of HIV-infected jail inmates in the state.

The news report said: “Twenty-four prisoners have tested positive for HIV in the last four months at Gorakhpur District Jail in Uttar Pradesh. They include 21 under-trials and three convicts, including a woman. Reportedly, during the tests conducted by the Uttar Pradesh State AIDS Control Society in 70 jails of the State, 265 prisoners had tested HIV positive till December last year.  These cases have been reported from the jails in Bareilly, Allahabad, Gorakhpur, Lucknow, Faizabad, Agra, Meerut, Varanasi and Kanpur.”

“Seemingly, there is an urgent need to conduct a probe into the matter to determine the cause of the spread of HIV infection among prisoners. It is also necessary to take immediate preventive measures so that other prisoners do not fall prey to the infection and those, who are suffering are provided necessary medical treatment,” the NHRC said after observing the contents of the news report.