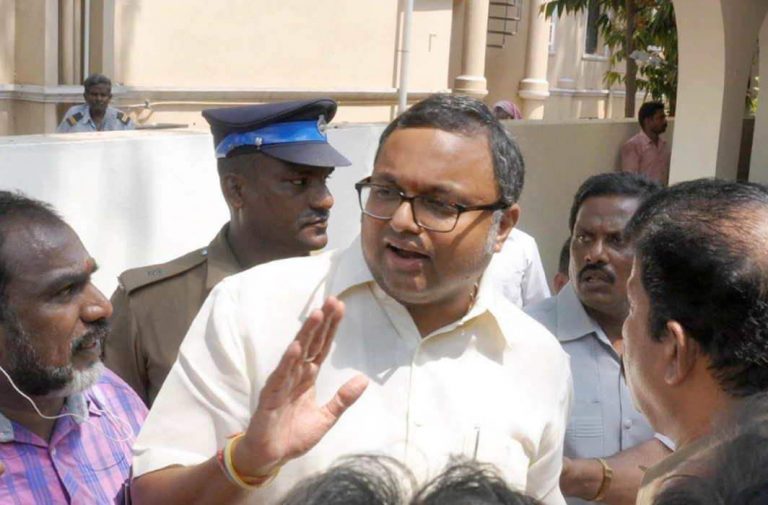 The Supreme Court on Thursday (March 8) allowed Karti Chidambaram to approach Delhi High Court for interim protection and directed Acting Chief Justice Gita Mittal to constitute a bench on Friday to dispose of the plea.

The bench comprising of Chief Justice Dipak Misra and Justices A M Khanwilkar, D Y Chandrachud was acting on the plea filed by Karti alleging harassment by the CBI and ED in the INX Media money laundering case.

During the course of proceedings, Karti’s counsel Senior Advocate Kapil Sibal asked: “Can a person be arrested without an FIR?”

There is no FIR and there is no complaint so far. Can a person be arrested without these on the basis of internal documents? All I want is to get an interim protection,” stated Sibal.

Additional Solicitor General (ASG) Tushar Mehta countered the submissions of Sibal by saying: “At the outset we can take him under custody looking at the seriousness.”

Sibal said: “No forum and jurisdiction is clear.”

Mehta retorted: “As per the Madras High Court, the proper forum will be Delhi. We can summon, we can serve, we can attach and we can arrest as per the forum.”

Allow us to move to Delhi High Court without prejudice. Give us interim protection for now and we will move to high court,” said Sibal.

Mehta responded: “Jurisdiction cannot be used for getting the interim order. If we are on facts, your lordships must examine that your lordships’ jurisdiction is not being misused. He cannot move under 32 for interim protection.”

The bench then allowed Karti to approach the Delhi High Court.