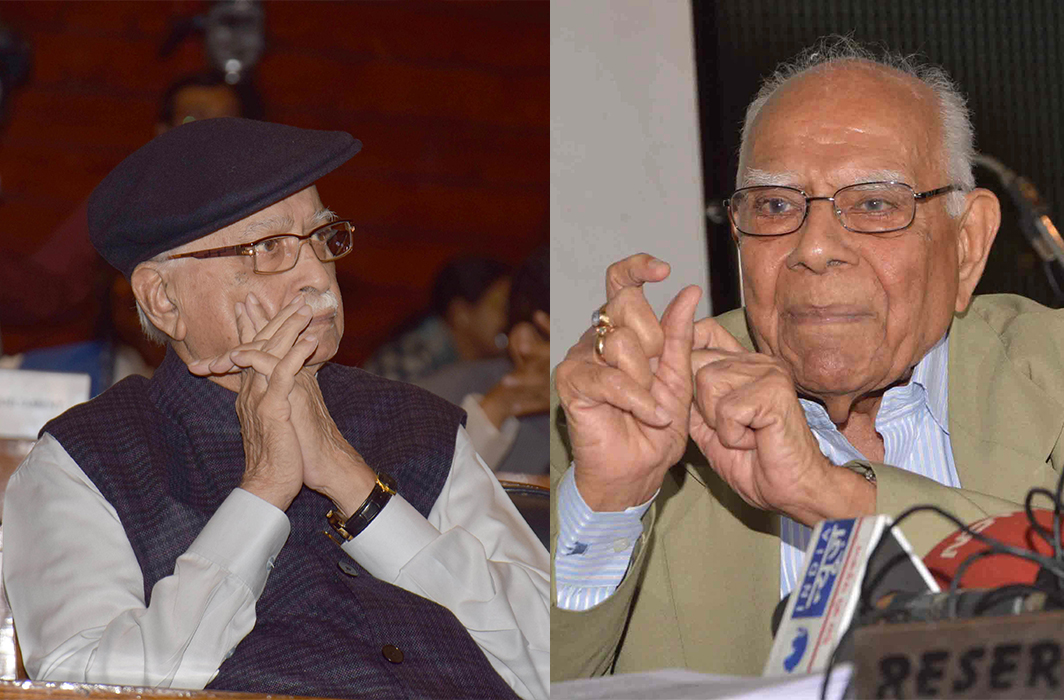 Controversial lawyer and Rajya Sabha member Ram Jethmalani has warned Lal Krishna Advani that he would oppose the Bharatiya Janta Party patriarch should he run for president.

APN News is in possession of Jethmalani’s letter to Advani.

Addressing Advani as “My Dear Lal” in a six-page missive dated December 23, Jethmalani refers  to rumours” that “you (Advani) have persuaded  the Party and the Modi Government to project you as the next President of India”. “I admit that I do not know whether the rumour is true,” he, however, adds.

Next, he makes known his intentions. He tells Advani in the mail: “I want to make it clear to you that I will oppose it. If I am alive I shall fight you myself.”

As if to explain his reasons for opposing the senior BJP leader, he goes on to mount a scathing personal attack on Advani in the rest of the letter. Its title is satirical—“An Open Letter to One of the Many Aspiring Rashtrapatis of Bharat”. 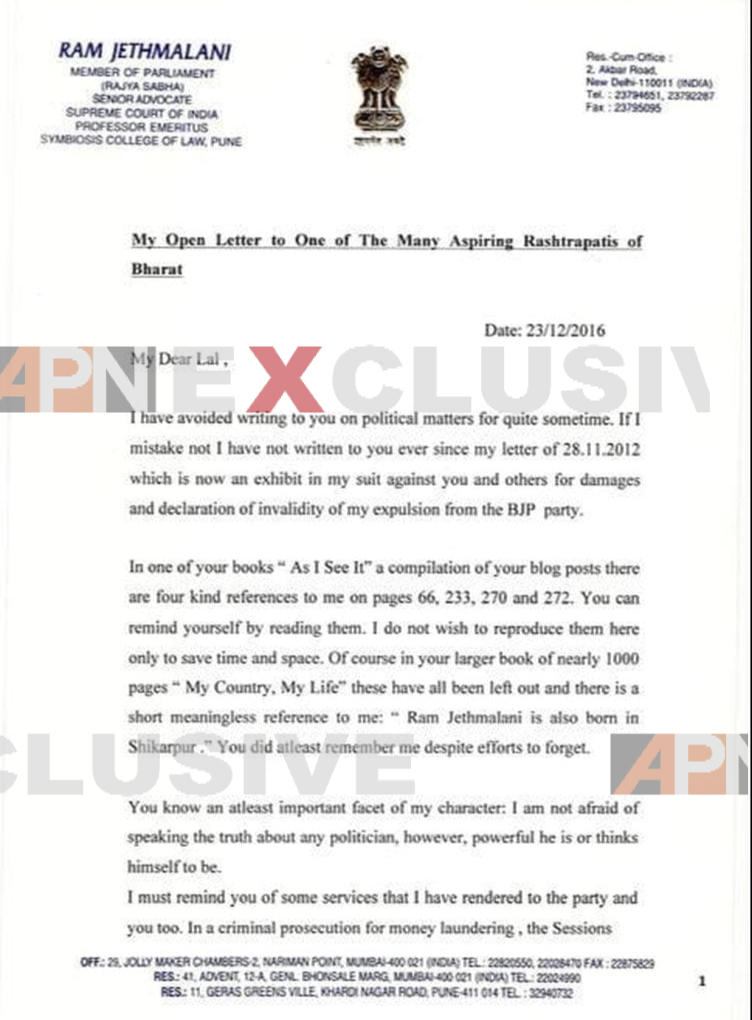 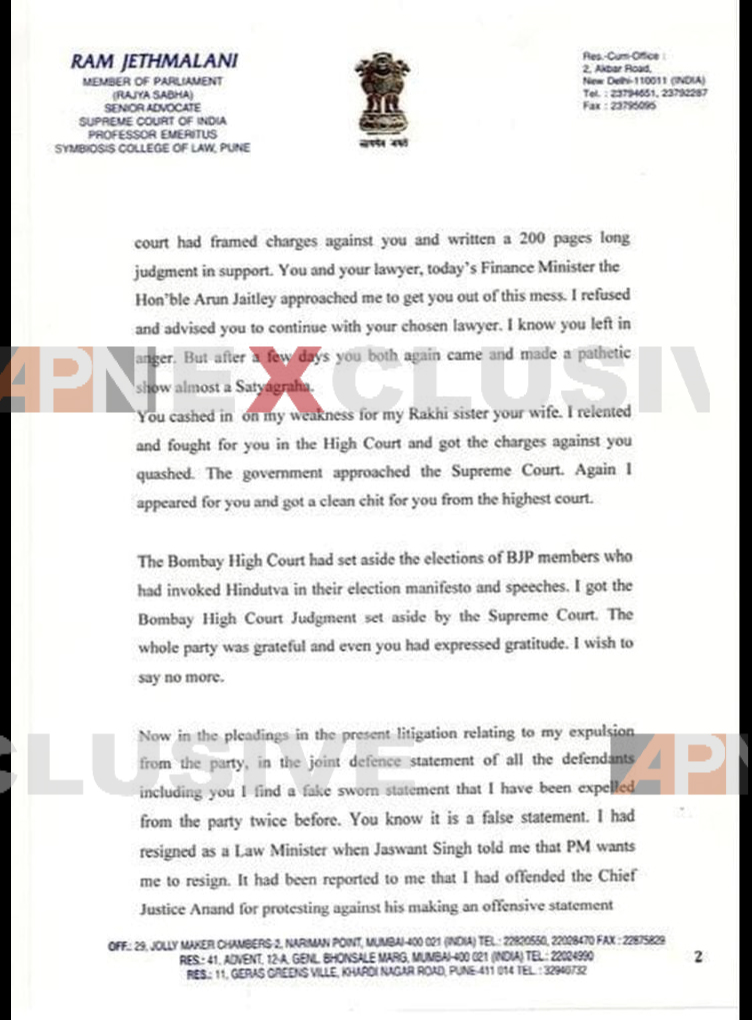 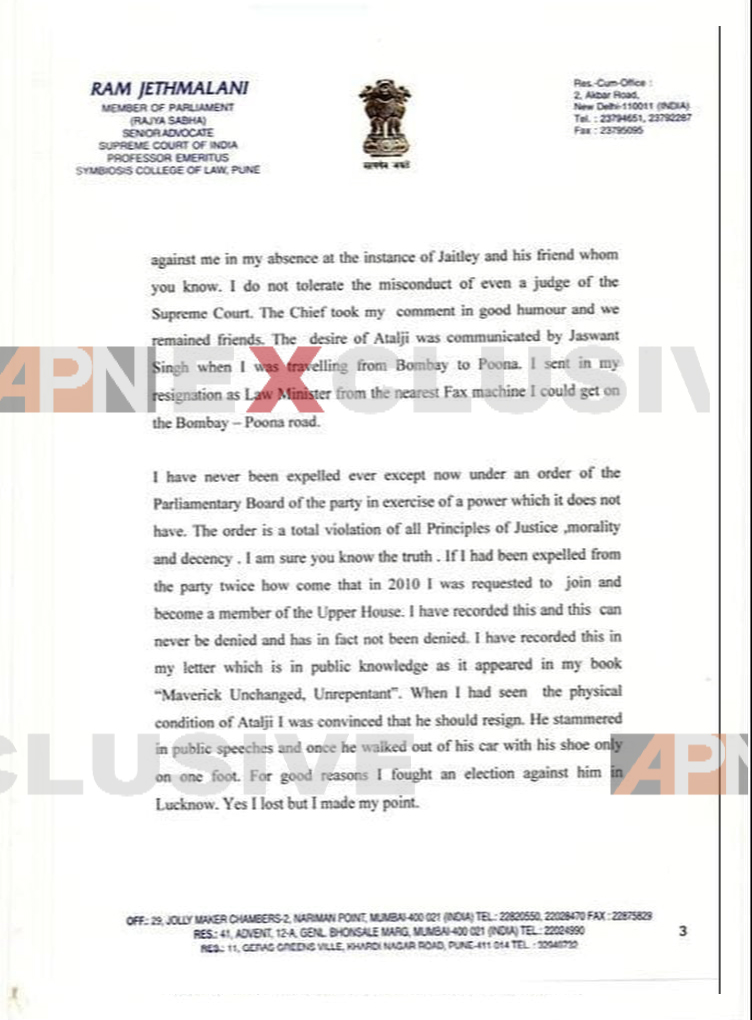 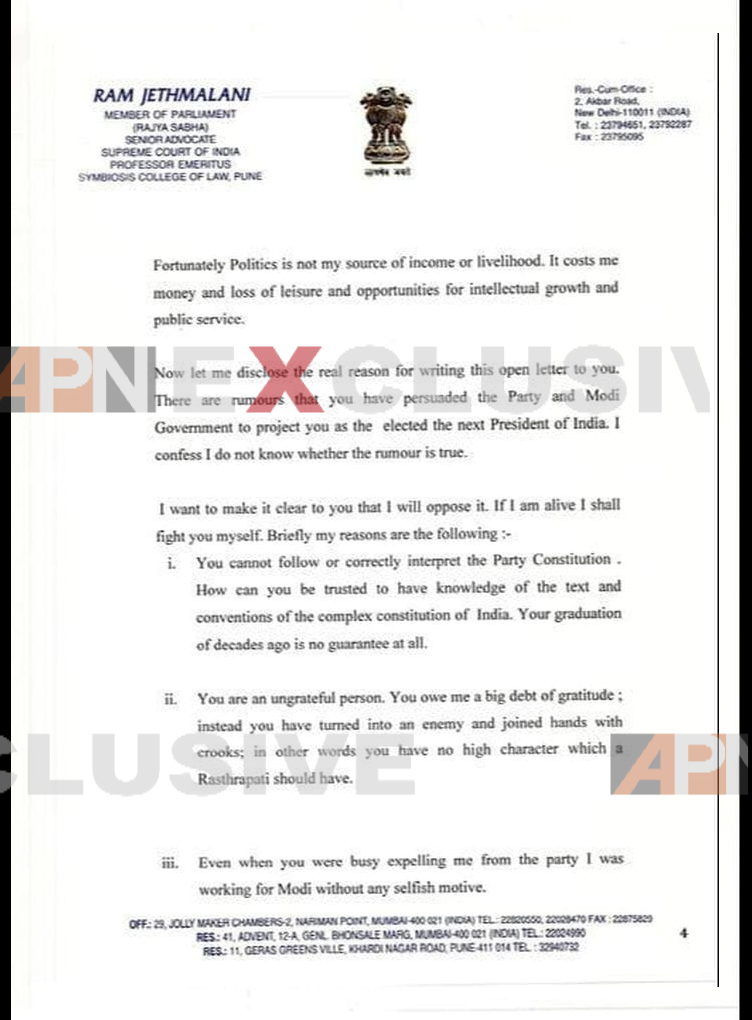 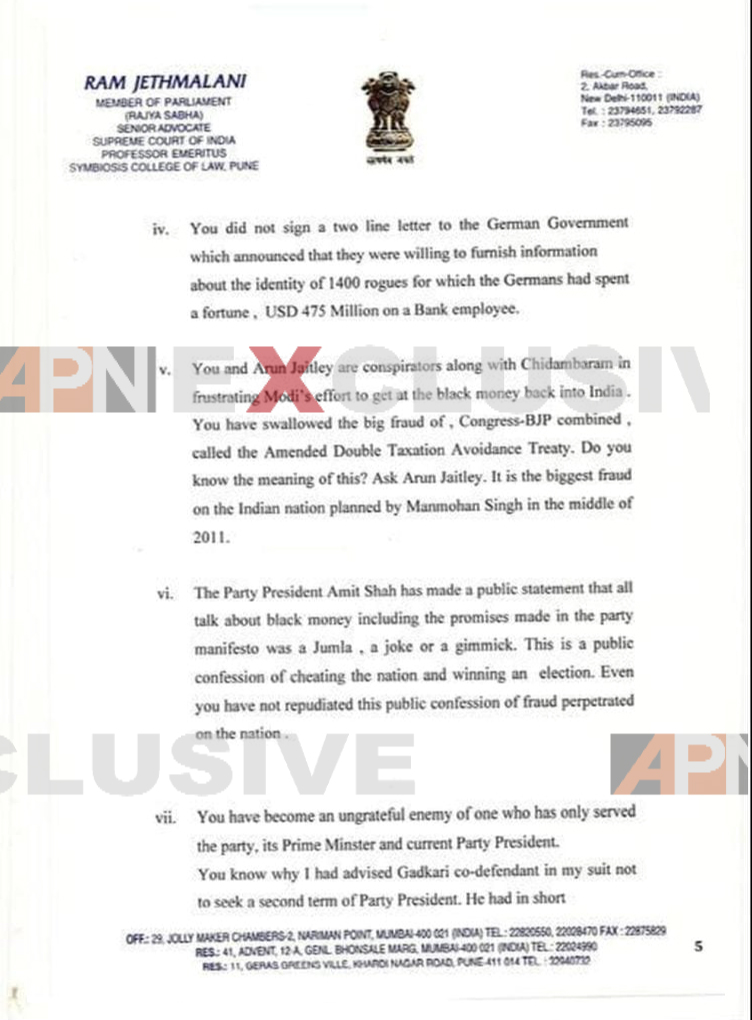 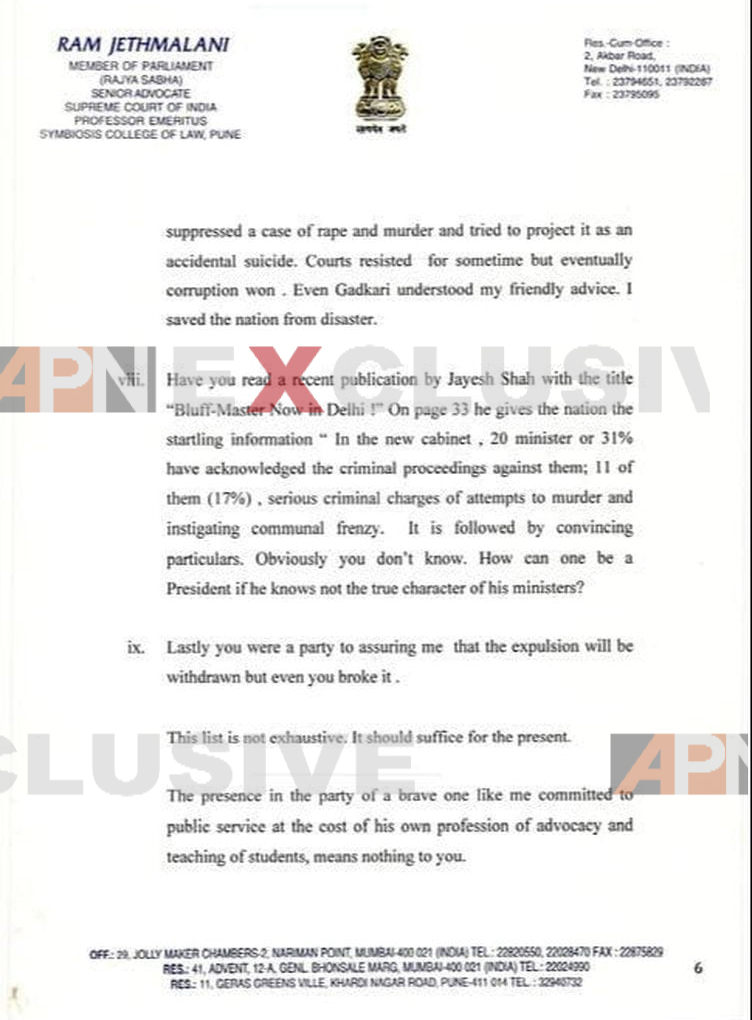 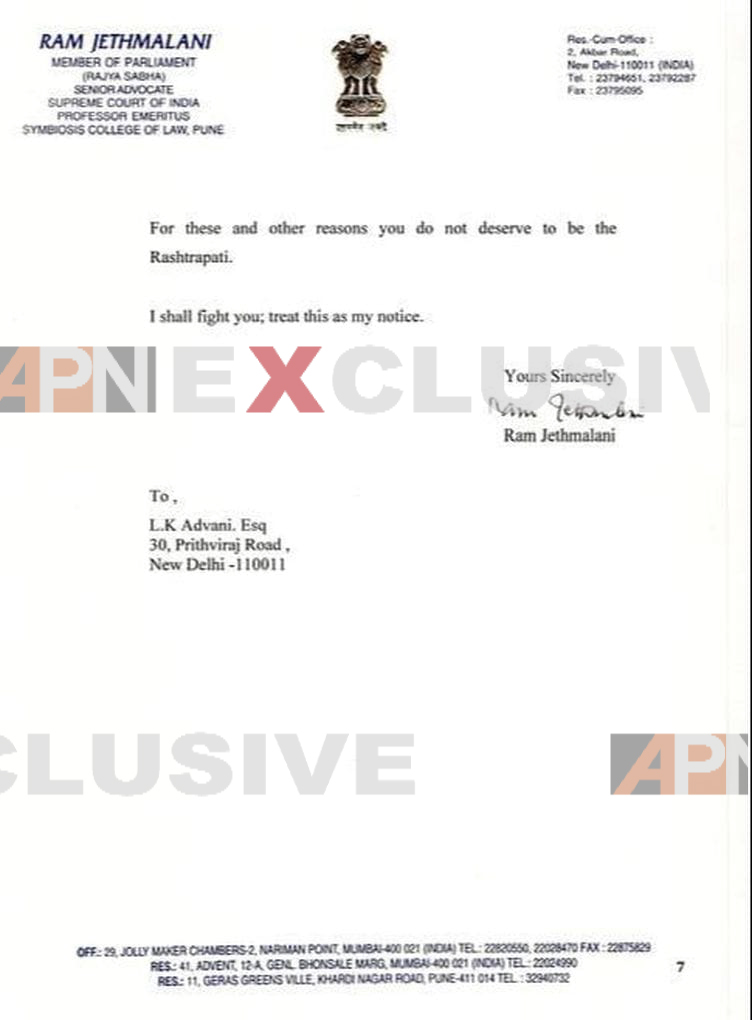