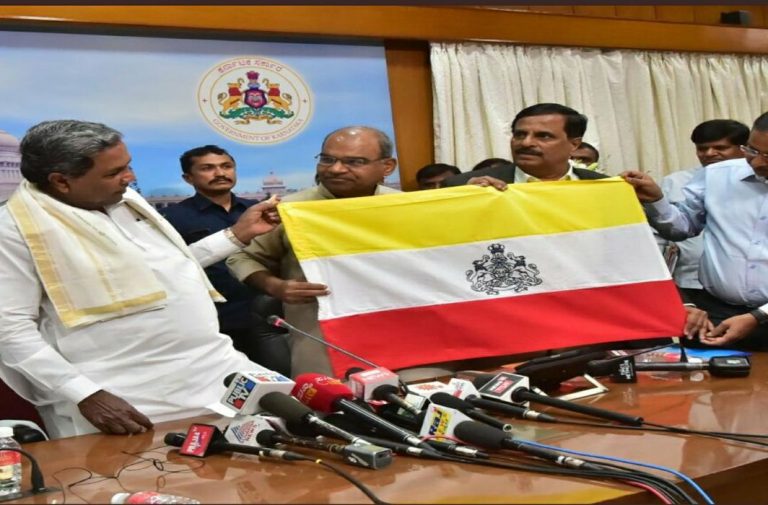 Above:  Siddaramaiah along with other officials unveiling the Karnataka State flag

The Karnataka government on Thursday (March 8) announced that it has adopted Karnataka State Flag. Terming the move “historic”, Karnataka’s Chief Minister Siddaramaiah said in a tweet that he will now write to Government of India to make the State Flag official.

In the tweet, Siddaramaiah thanked Kannada organizations, leading Kannada writers and intellectuals for gracefully agreeing with the flag design.

“The state government had no power to announce its State flag. A proposal in this regard will be sent to the union government. We will urge the centre to approve the proposal and make an official announcement at the earliest,” Siddaramaiah was quoted as saying.

Siddaramaiah further said: “There is no opposition for States to have separate flag in the Constitution. But, the State flag will always fly below the National flag, as prescribed.”

The Karnataka government in July 2017 after considering the demand of some activists for an official state flag had constituted a committee to study the various aspects on the adoption of state flag.