Home Top News of the Day Breaking News Kathua bar association case: “You have the right to practice, doesn’t mean you will stop the course of justice,” says CJI 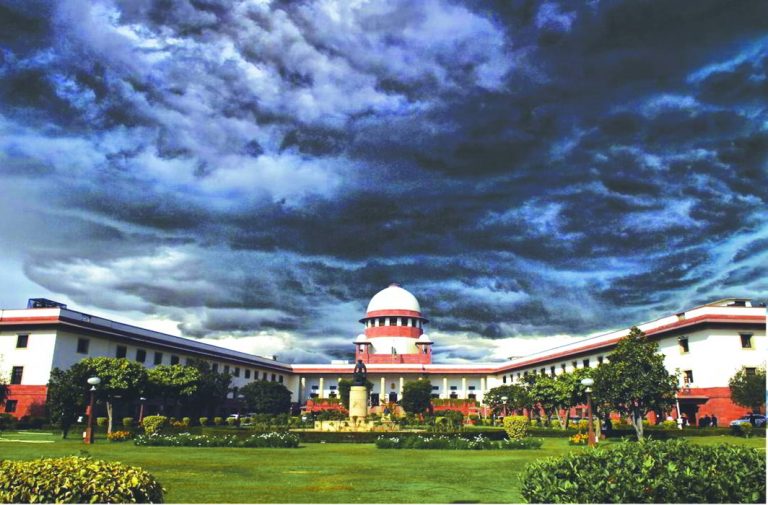 Chief Justice Dipak Misra on Thursday (April 19) asked the petitioner from the Bar Council of Kathua a pointed question. He said: “You have the right to practice, doesn’t mean you will stop the course of justice. Why will they go to the magistrate’s house?”

The Supreme Court bench of the CJI and Justices A M Khanwilkar and D Y Chandrachud is hearing the petition related to the horrific rape and murder of an eight-year-old nomadic girl in the Kathua district of Jammu and the hooligan-like protest of lawyers thereafter, preventing the police from going to court to file the charge sheet against the eight they had apprehended in the case. This has created a nation-wide furore and pressure has been created to address the situation.

The CJI asked: “Why is all this happening? Whatever the matter, she (the victim’s family’s lawyer Deepika Singh Rajawat) was restrained from appearing.”

At that time Senior counsel Vikas Singh said he wished to file an affidavit. He said: “This matter has been scandalized in such a way that it seems Rajawat was restrained from appearing in this case. However, it was some other case. There has been mixing of the facts.”

The petitioner from the bar council, Jammu and Kashmir, said: “We’ve to identify the lawyers responsible for this.”

“How can you identify?” asked the CJI.

Counsel Dinesh said: “We should initiate proceedings against the press for wrong projection.”

Affidavits will be filed by the bar council of Jammu and Kashmir.

The CJI said: “That is a different matter altogether. Try to understand that we’re dealing with the fair and reasonable trial of a case.”

In compliance of the previous order, all the members of the respondents were present.

Affidavit to be filed within three days.

Reply to be filed by Vikas Singh within three days.

The strike has been withdrawn in the Kathua bar association.

The matter listed for April 26.