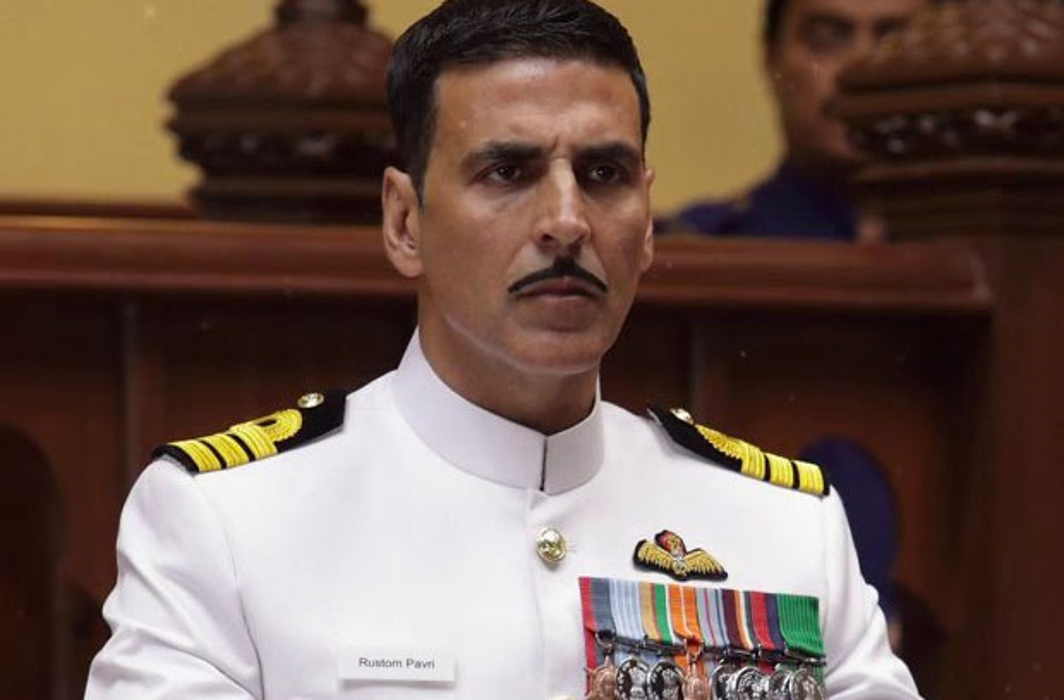 A legal notice has been slapped on actor Akshay Kumar, wife of Akshay Kumar Twinkle Khanna and www.saltscout.com to immediately stop the auction of Akshay Kumar’s naval officer uniform which he wore in the flick Rustom.

The notice has been sent by Mrs Preeti Pawar, wife of a naval officer through her counsel Smita Dikshit. A copy of the legal notice has also been sent to the Union Defence Minister Nirmala Sitharaman.

In the legal notice (see below), it has been alleged: “That by putting in auction the “Akshay Kumar’s Rustom Naval Officer Uniform” you have shown no respect for national interest but have also played with the sentiments of armed forces personnel and their widows including my clients, who are retired, as well as serving armed forces officials and their family members. There can be no greater cause than national interest. As a matter of fact, till date no uniform or medals has been put for auction.

“The reason for the same being an officer’s uniform is bestowed as a singular honor on a commissioned officer by the President of India for life. It is not a contract but entails unlimited liability for the nation’s sake and thus the array of medals and ranks, insignia are for the discerning eye the resume of the one who proudly wears it.”

“That you addressee No.3 have put up on your Instagram account an image of a Naval uniform with complete regalia, medals, insignia and ranks terming it as the “Original Naval uniform” worn by your husband, addressee No. 2. It is brought to your notice that your husband addressee No. 2 is not entitled to wear any armed forces uniform of any rank including that of a Naval officer. You are hereby called upon to remove the same forthwith failing which necessary action shall be taken against you under the relevant provisions of the Indian Penal Code,” the legal notice further said. 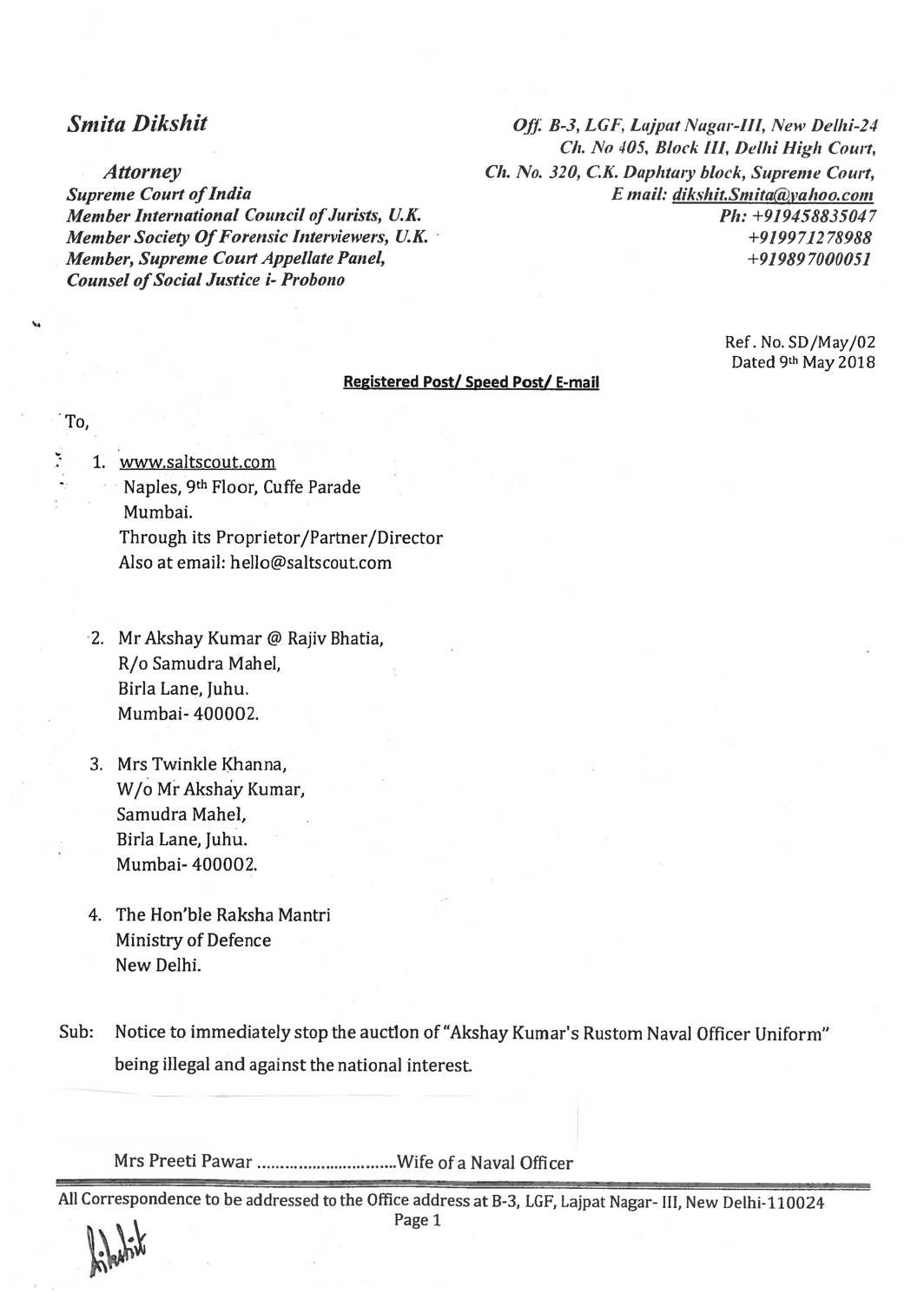 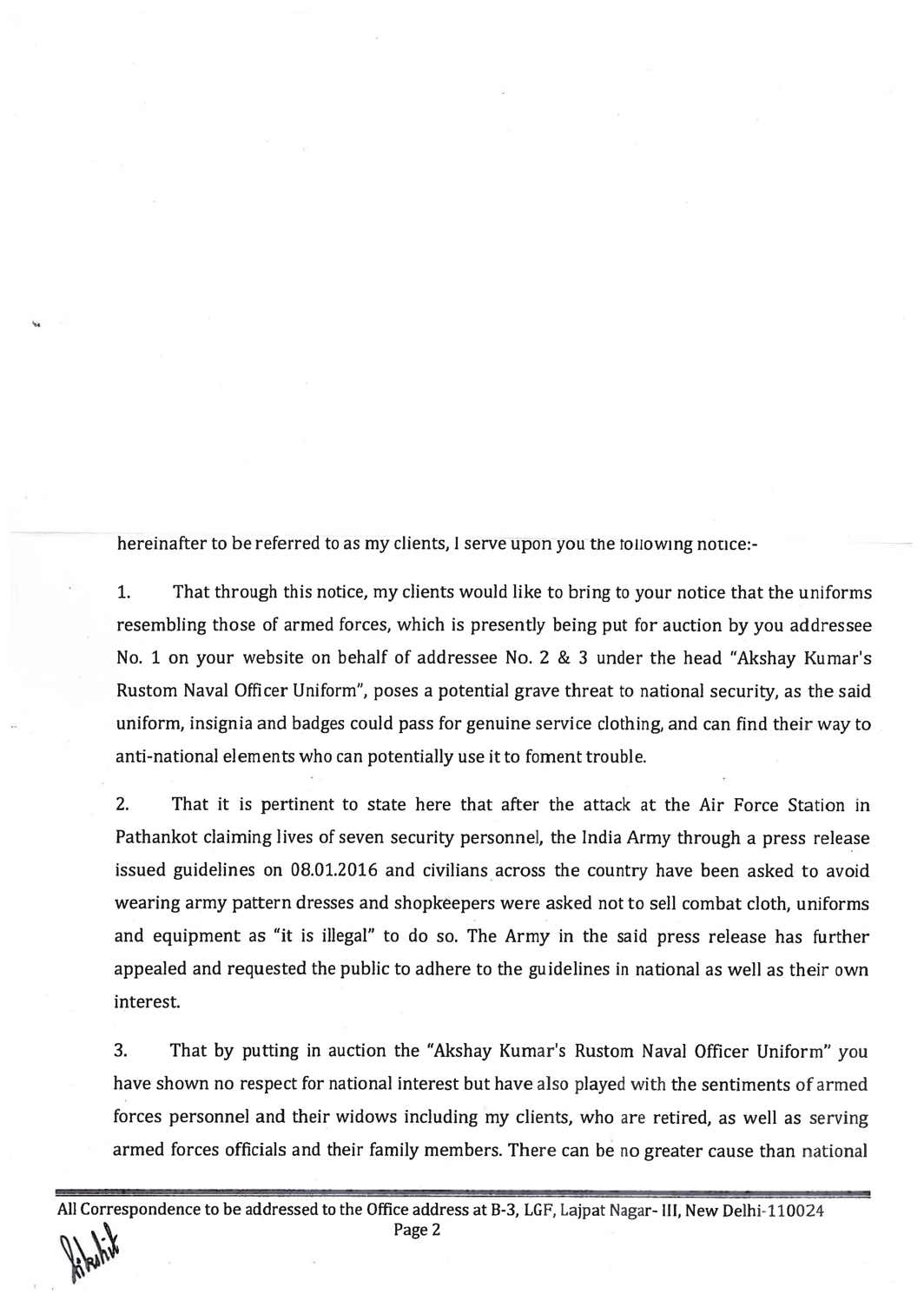 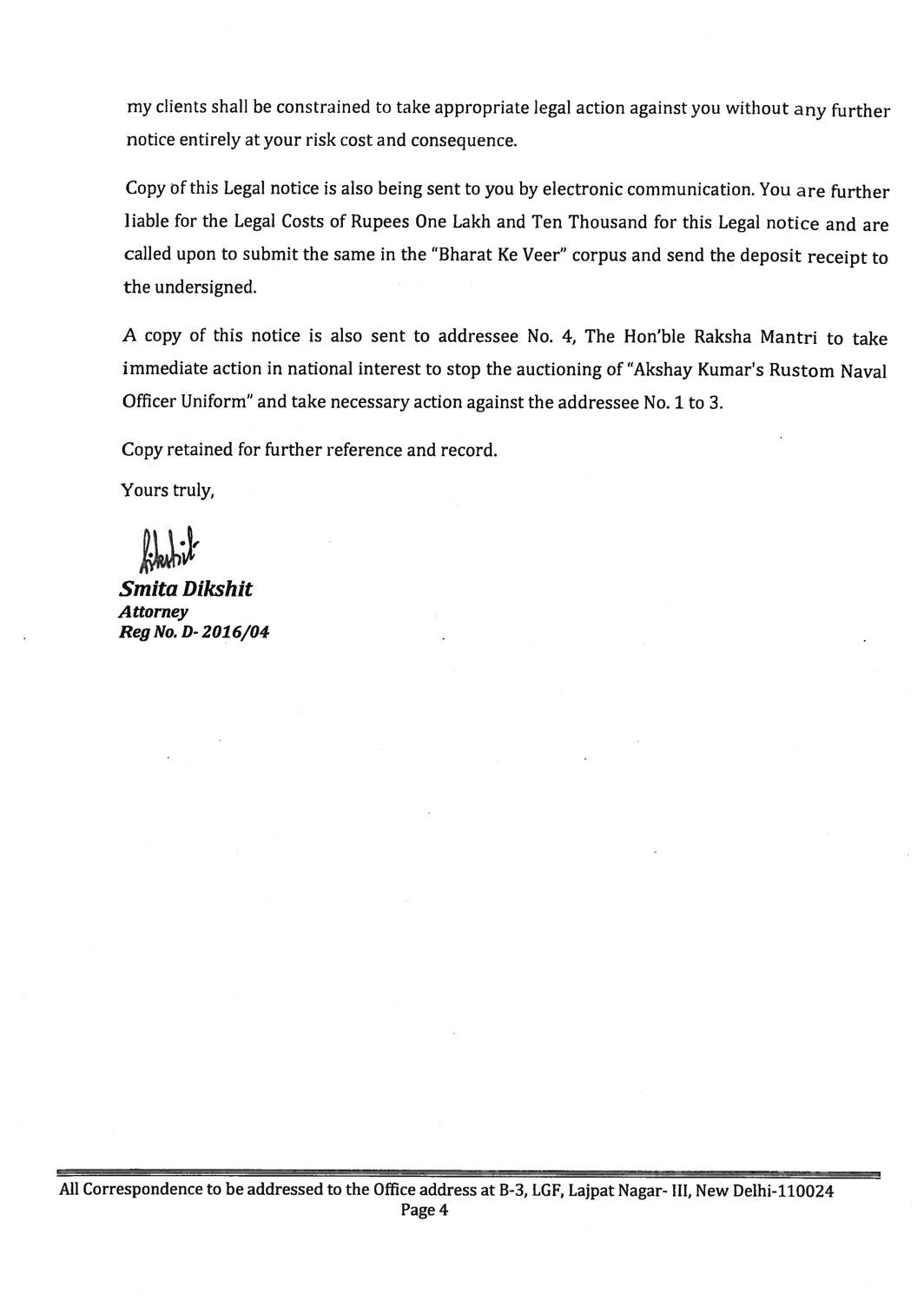