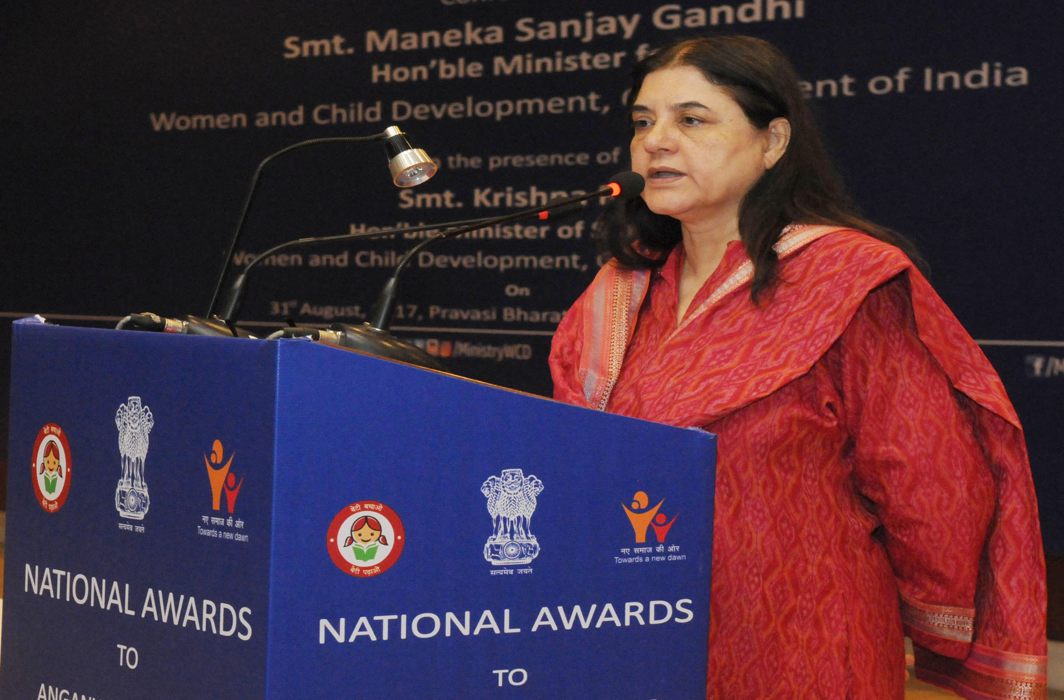 While the BJP – including its pradhan sevak, Prime Minister Narendra Modi – is sill strangely silent on the horrific Kathua rape and murder of 8-year-old nomad girl Ashifa by alleged Hindu extremists – despite interminable protests around the country and media reports from around the world castigating it – the NDA’s Union Minister for Women and Child Development Maneka Gandhi said on Friday (April 13) that her ministry will be seeking death penalty in the case of rape of minors below 12.

This was probably only the second case of a minister from the ruling party coming forward with a comment on this, accepting that a crime had been committed and that it was not a good sign. Last afternoon Minister of State External Affairs Gen. V K Singh had tweeted: “We have failed Ashifa as humans. But she will not be denied justice.”

According to reports, a video message from the Maneka released today says that she was “deeply, deeply” disturbed by the Kathua rape-murder and she will follow this up with her ministry moving a cabinet note on Monday to amend the Protection of Children Against Sexual Offences Act (POCSO) to include death penalty in cases of a rape of a minor below 12.

Her message said: “I have been deeply, deeply disturbed by the rape case in Kathua and all the recent rape cases that have happened on children. I and the ministry intend to bring an amendment to the POCSO Act asking for the death penalty for rape on children below 12 years.”

Jammu and Kashmir Chief Minister Mehbooba Mufti had finally come out and accepted that this was a horrific crime. Heading a BJP-combine government in the state, had been under pressure to speak out. She has said that her government would be bringing a stringent new law to make the death penalty mandatory for those who rape minors.