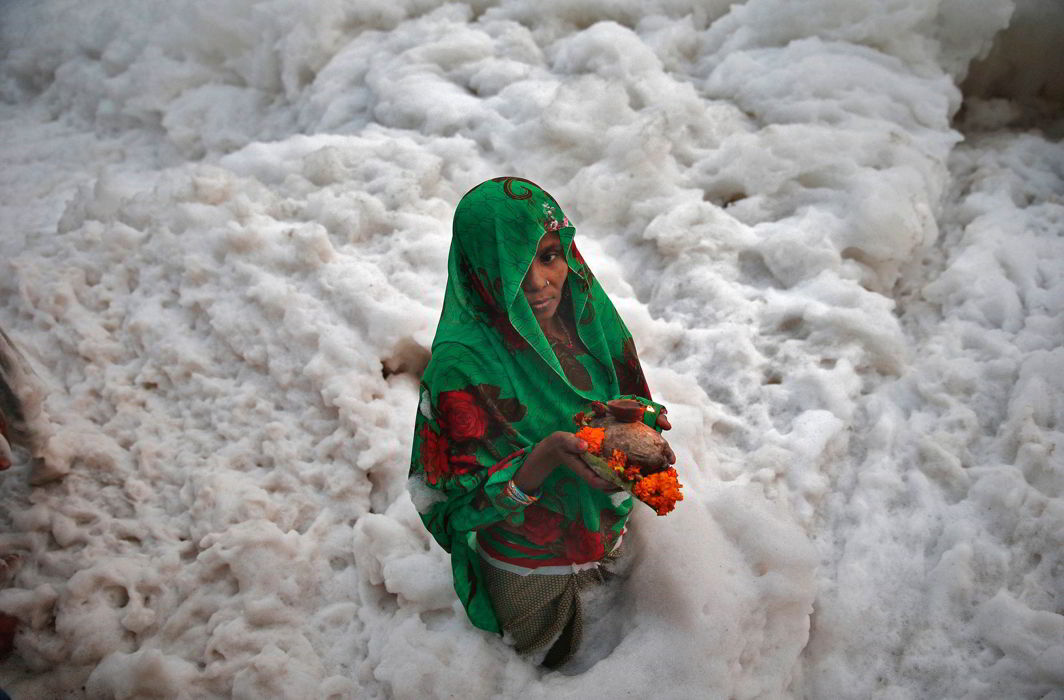 A Hindu woman worships the Sun god in the polluted waters of the river Yamuna during the Hindu religious festival of Chatt Puja (file picture). Photo: UNI

It needed a petition before the National Green Tribunal bench headed by Justice Jawad Rahim to have an MP’s strange plan of holding a Holy Sabha on the banks of the Yamuna, right on the ecologically sensitive floodplains.

The MP had wanted to hold this weird Holy Sabha (whatever that means) particularly at Vishram Ghat, Mathura. It was alleged that the member had already obtained permission from the DM Mathura and was ready to organise the one-day Holy Sabha.

Having learnt about this, Shri Mathur Chaturved Parishad, Mathura filed an application before the NGT on the adverse impact of organising the Sabha on the Yamuna bank. In its last order the bench had directed UPPCB and NMCG to conduct a survey of the said area and submit a report.

On Friday (February 23) the counsel for UPPCB and NMCG submitted a detailed report saying that there was a permission granted to the MP by the DM Mathura to hold the Holy Sabha in the said area. But when the MP came to know about this petition before the Tribunal, he himself went back to the DM Mathura and asked him to cancel the permission.

So right now there is no event of Holy Sabha in the river bank of Yamuna.

The application was disposed off.