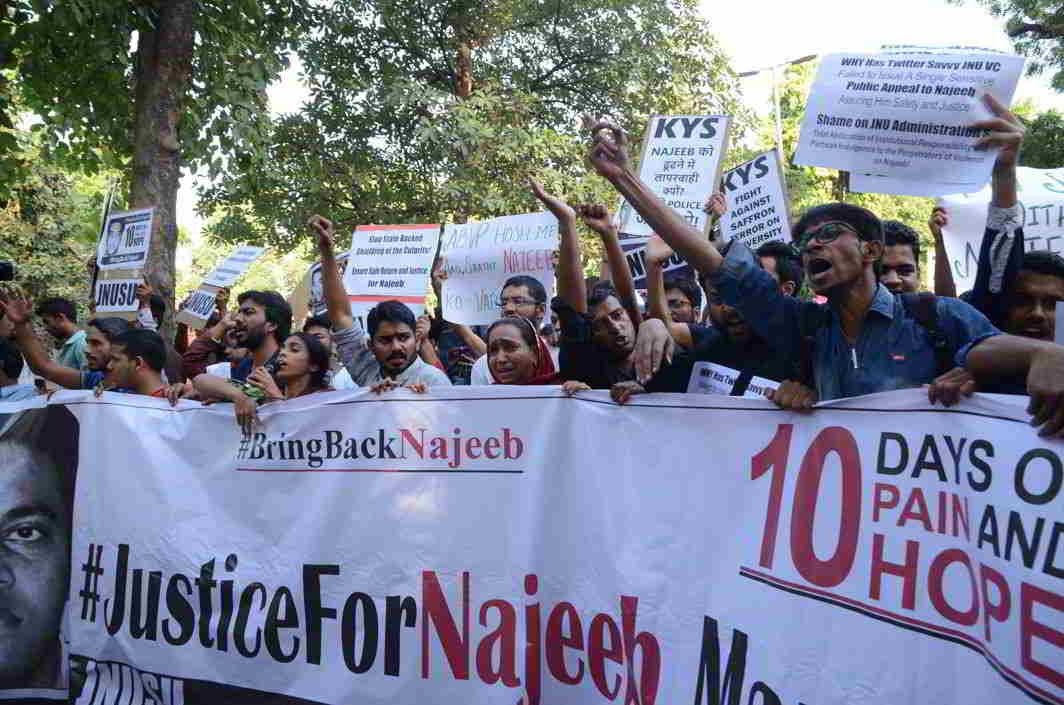 The bench of ASJ Sddharth Sharma was hearing the matter related to lie detector test in the case of Najeeb Ahmed’s disappearance. The court was hearing the plea filed by Ahmed’s mother, Fatima Nafees.

Nafees has also filed a habeas corpus petition in the Delhi High Court and the court was also apprised that the Central Bureau of Investigation was not investigating the case well and had refused to take the lie detector test. The Delhi High Court case is listed for February 27.

Najeeb Ahmed, a student of first year M. Sc. Biotechnology in Jawaharlal Nehru University went missing on October 15, 2016 from his college campus after a scuffle with the members of the Akhil Bharatiya Vidyarthi Parishad.

The matter has been adjourned to February 21.