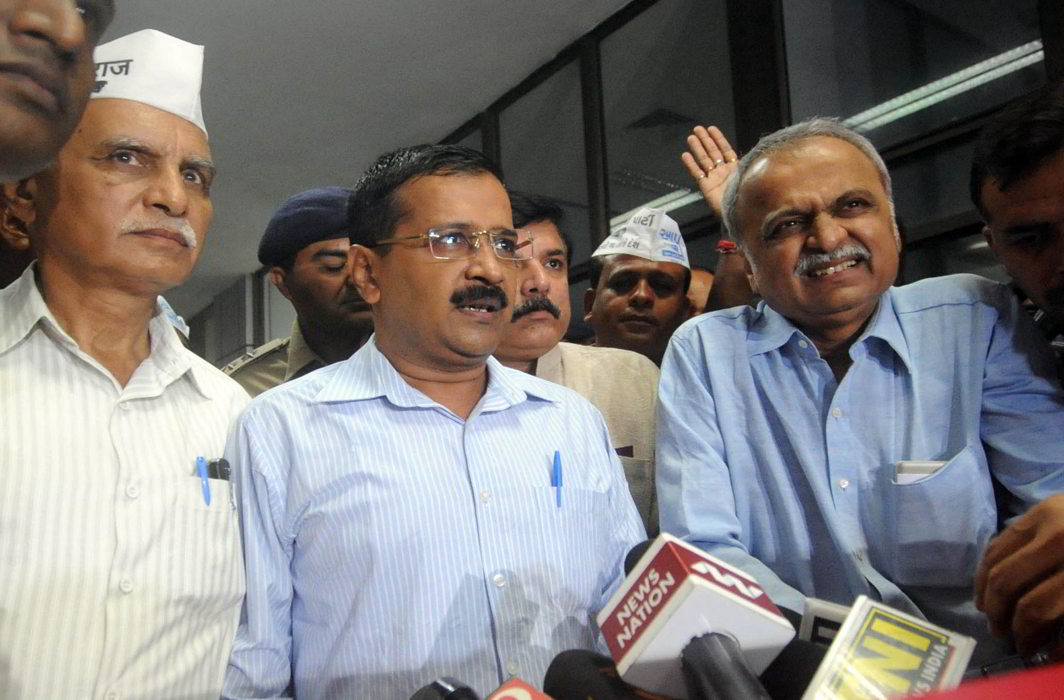 The Delhi High Court bench of Justice Vipin Sanghi on Friday (November 17) came down heavily on a politically-tinged petition by BJP leader Vijender Gupta, seeking to declare the election of Arvind Kejriwal as null and void because he exceeded the poll expenses limit of Rs 14 lakhs during the Delhi assembly elections of 2013.

While throwing out the petition, Justice Sanghi told Gupta’s counsel, senior advocate Adani:  “Don’t involve the court in politics by these petitions… don’t waste the time of the court.”

The ire of the court was evident when the judge also imposed a cost of Rs 10,000 on the petitioner.

More importantly, even when the defect was pointed out, they were not corrected. There was enough opportunity for the petitioners to correct the affidavit in three years, but they simply did not.

The matter will be listed on November 24 for compliance of the order.